Anticipation: When News Is Bad, Watch How Markets Respond

Carly Simon, in the classic song Anticipation, famously crooned: “We can never know about the days to come. But we think about them anyway. And I wonder if I’m really with you now. Or just chasing after some finer day.“

And so it is with the stock market, which by its nature is forward-looking. Fraught expectations especially come into play, amid a market that trades like a yo-yo every time an official at the Federal Reserve reads off a few lines about the future path of interest rates.

Now, don’t get me wrong. The Fed, as savvy investors well know, is responsible for a great deal of what happens to stock prices.

But what if I told you there are ways to anticipate what the central bank may do next and to plan accordingly, before it acts?

Of course, the concepts I will put forth in this article are not foolproof. Nothing in the markets ever is. But I can assure you that over time, if you put these simple steps into practice, you will be on the right side of the stock market more often than not.

And here’s a hint. It has to do with the bond market.

You may have noticed that stocks get all the press. But here is the truth: the bond market is akin to an inflation radar and thus can offer a great tip-off as to when the Fed may reverse its higher interest rate policy toward flat or even lower rates.

This is huge for stock prices, because lower bond yields have often preceded lower interest rates from central banks.

Back in April, 2022, I posed the question: Is the Bond Market About to Deliver a Big Surprise?

I was referring to an unusual but potentially trend changing phenomenon that was forming on the price chart for the U.S. 10-Year Note yield (TNX). I recommended you study the details in the article via the highlighted link above.

Suffice it to say that based on that price chart, the bond market was suggesting that interest rates had risen too far too fast.

So here is a quick review of what the chart is telling us now. Anytime the asset class pictured in this type of price chart, in this case TNX, rises above that upper band, it’s a sign that the present trend has gone too far. The odds favor a reversal to the mean, whereby prices fall back within the bands and eventually move toward the moving average (blue line in the middle of chart) and perhaps even as low as the lower Bollinger Band (lower red band).

Fast forwarding that price chart to the present, the bond market is now telling us that a decision point is almost here. That’s because TNX has begun to fall and is now testing the support of the upper Bollinger Band (BB – upper red band).

A second reliable signal that the economy is slowing down, and thus inflation is easing, is declining prices of key industrial commodities, such as copper (COPPER). That’s because copper is a key component of electrical wiring and electronics. When economies slow, the demand for copper falls and the price follows. 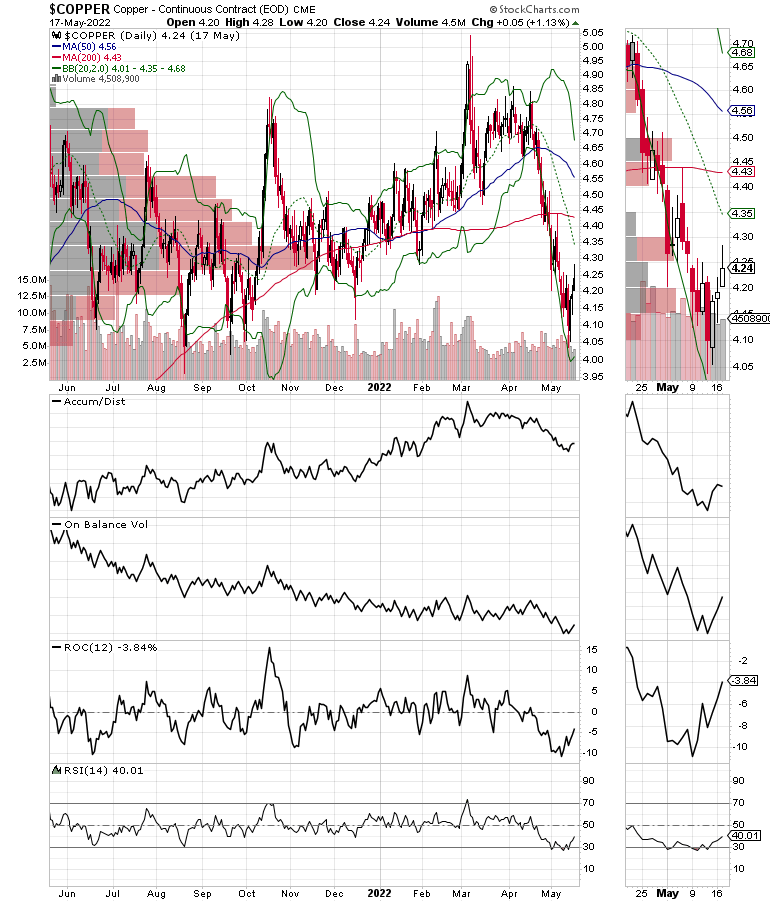 The chart for the spot price of copper speaks for itself, with prices cratering. The most striking feature of the price chart is the relationship of the recent steep drop in the price of the metal, which began in February 2022, just about the time TNX broke above its upper Bollinger Band.

The copper market correctly responded to the extraordinary increase in bond market interest rates and anticipated the potential for a recession.

It’s nearly impossible to expect a recession when the most recent Consumer Price (CPI) and Producer Price Indexes (PPI) clocked in at 8.3% and 11.2% on a year-over-year basis.

But the bond market and certain commodity prices such as copper are at least suggesting that the possibility of a recession are at least climbing. In addition, there are some signs on the periphery of the economy such as climbing numbers of layoffs that are emerging.

Here are several other interesting economic numbers to ponder: 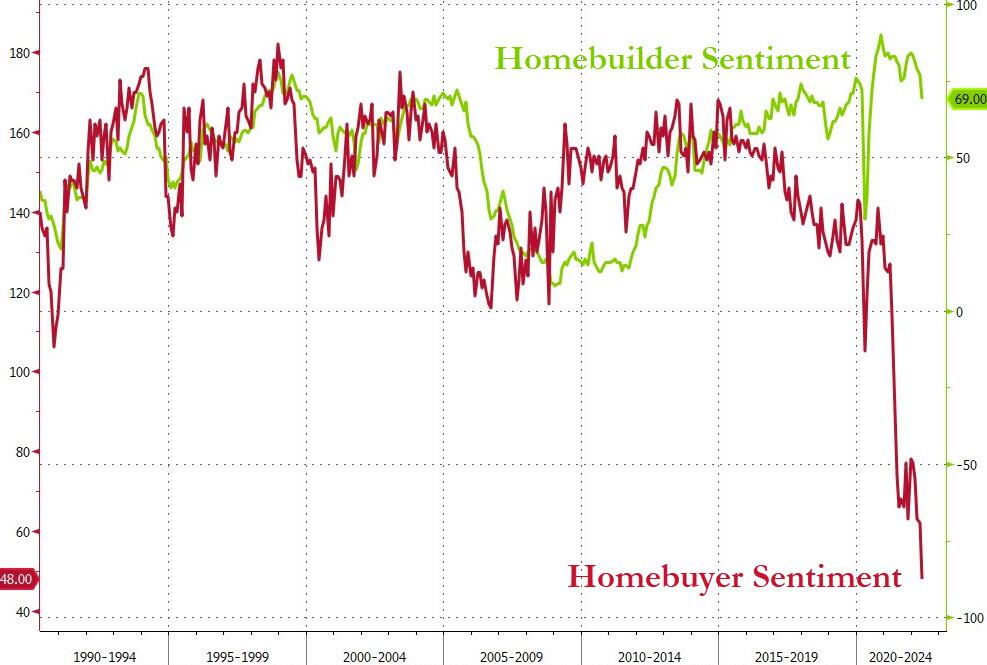 There is no doubt about it. The news is pretty bad these days.

The chart above clearly shows rising mortgage rates, a direct result of the Fed’s interest rate increases and the related rise in bond yields. These trends have severely dampened home buyer sentiment. Moreover, the foul mood from buyers is starting to seep into the outlook for homebuilders and future housing starts. 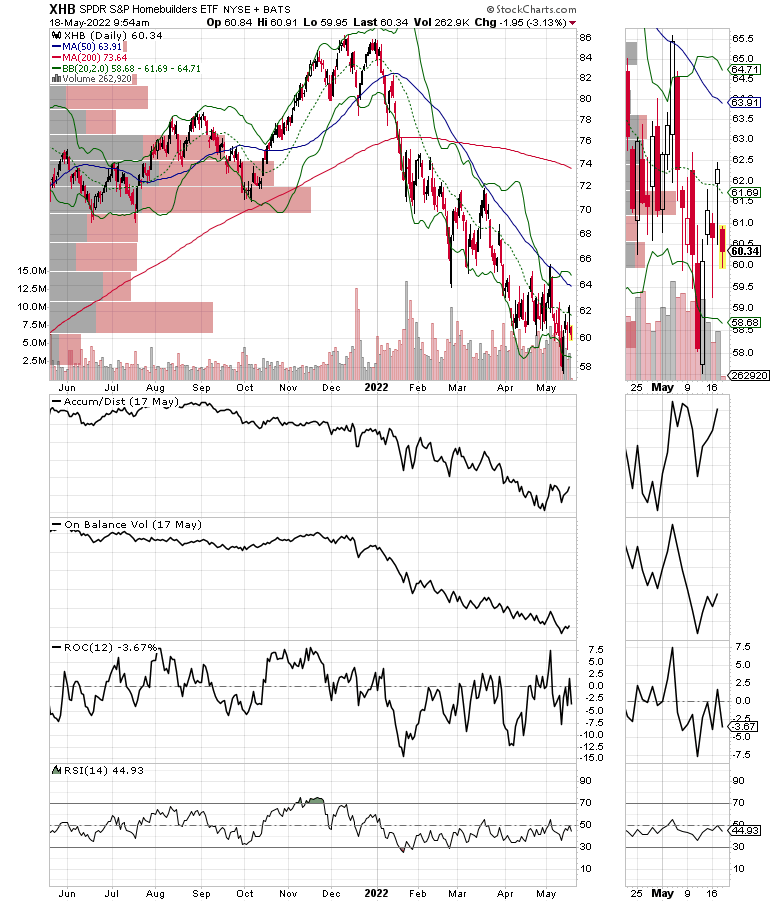 However, as the chart for the SPDR Homebuilders ETF (XHB) shows, homebuilder stocks have already sold off substantially as bond yields have risen. In addition, the sector seems to be moving sideways now; forming a base.

All of which suggests that the stocks in this sector of the market, although not guaranteed to rise immediately, are poised to move higher when interest rates ease.

Prepared Is Better Than Surprised

As the majority of investors fret about higher interest rates based on current or recent economic data and the words of the Fed, savvy investors are preparing for when the trend reverses.

Certainly, there is data-based evidence suggesting that some areas of the economy, such as the highly interest rate sensitive homebuilder sector, are suffering.

However, the price chart for XHB shows that even though worry is starting to creep into the housing sector on the ground, prices for homebuilder stocks have already fallen significantly, well ahead of the worriers.

As a result, I recommend keeping a close eye on the bond market, the price of copper, the news regarding the employment situation, and the price action in homebuilders.

If that 10-Year note yield falls below 2.75%-2.8%, it would signal that the economy is slowing significantly. That could be the wake-up call for the Fed to slow or reverse its interest rate increases.

And that would be bullish for stocks. Make your stock shopping list now.

PS: Speaking of shopping lists…I’ve just pinpointed a tiny, unknown company that has developed a revolutionary “black box” technology.You need to get in on the ground floor of this game-changing opportunity before the investment herd finds out and sends the share price soaring. Click here for details.