America’s culture war has taken a groovy turn. The Supreme Court may be pushing a rightward judicial agenda on several cultural hot-button issues, such as abortion, guns, and the separation of church and state. But among the nation’s legislative and executive branches, lawmakers are adopting a libertarian stance on psychotropic drugs that once were demonized.

The federal government continues to encourage the search for new ways to treat veterans who are depressed, alcoholic, or hooked on dangerous opioids.

Latest case in point: The U.S. House of Representatives on Wednesday approved two bipartisan psychedelics research amendments, as well as another measure requiring the Pentagon to study cannabis-related prosecutorial discrimination in the armed services.

The House voted favorably on a package of measures, including those that contain language requiring research into the therapeutic potential of substances such as LSD, psilocybin (the active ingredient in “magic mushrooms”), MDMA (aka ecstasy), and ibogaine, in addition to the proposal regarding marijuana law enforcement.

One amendment would allow the secretary of defense to approve grants for research into psychedelics-based treatments for active duty military members with post-traumatic stress syndrome (PTSD).

The increasing number of suicides in the military is a worsening social problem; psychedelic drugs and marijuana are showing clinical evidence of preventing self-harm among active duty personnel and veterans.

The global medical establishment is increasingly embracing psychedelics for their therapeutic value. These substances remain illegal at the federal level, but more and more states and localities are lifting restrictions.

In June, the Department of Veteran Affairs (VA) began administering psychedelic substances to patients as a part of clinical trials in search of new treatments for PTSD, depression, anxiety, and a host of other ailments that disproportionately affect veterans of recent wars.

At least five trials are currently underway, deploying such substances as LSD, MDMA, and psilocybin.

Every participant exhibited immediate and enduring improvements in depressive symptoms. After one week of treatment, 7 of the 12 achieved total remission (see chart). 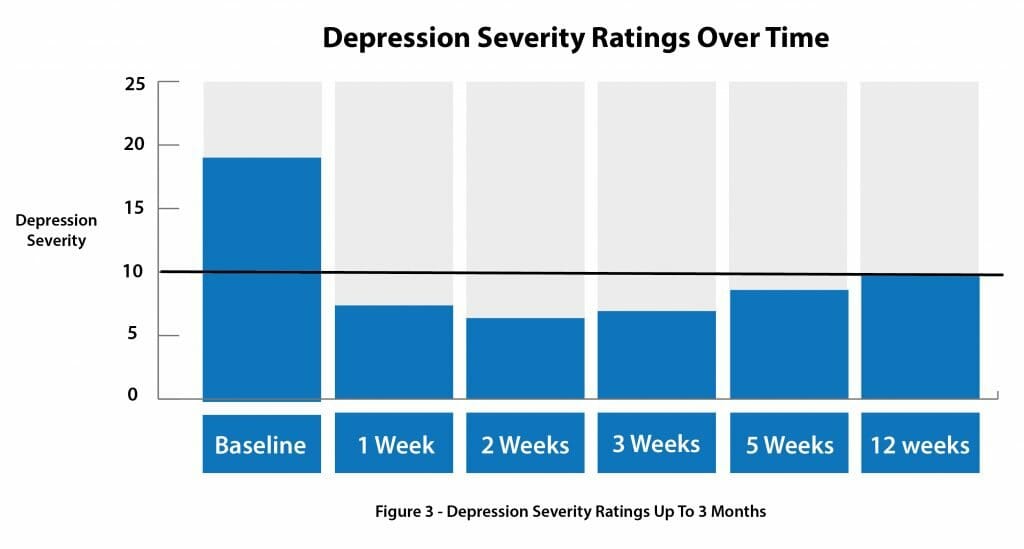 These kinds of studies debunk the erroneous impression created by years of anti-psychedelics propaganda during the War on Drugs than these substances destroy lives. Scientists are finding that the contrary is true.

Another amendment approved by the U.S. House on Wednesday would expedite a Department of Defense (DOD) study into the therapeutic potential of marijuana and psychedelics, as opioid alternatives to treat service members diagnosed with PTSD, traumatic brain injuries, and chronic pain.

Watch This Video: Pot News: Dispatches From The Heartland

The House also passed a measure Wednesday that would require DOD to study the “historically discriminatory manner in which laws related to marijuana offenses have been enforced, the potential for the continued discriminatory application of the law (whether intentional or unintentional), and recommendations for actions that can be taken to minimize the risk of such discrimination.”

At stake are billions of dollars in potential pharmaceutical treatments. We’re already seeing a proliferation of start-up biotechs exploring the use of cannabis and psychedelics for medical and psychiatric treatments. Venture capitalists, individual investors, and Big Pharma are scrambling to get a piece of the early action.

According to a recent report by Global Industry Analysts, the psychedelic drugs market is set to reach a value of $6.3 billion in 2026, up from $3.2 billion in 2021. That’s a compound annual growth rate of 14.5% during the five-year forecast period.

Want to profit from the trends I’ve just described? I urge you to read my new book: The Wide World of Weed and Psychedelics. It’s your definitive guide for making money in the thriving cannabis and psychedelics industries. Click here to get your free copy.