The EV Industry Gets a Big Jolt

Let’s step back from the daily gyrations of the stock market to focus on a development this week in Washington with huge ramifications for the global electric vehicle (EV) industry.

The political nihilists will have to change their tune. The “do-something” Congress is on a roll.

Last week saw passage in the House and Senate of the CHIPS and Science Act. The new legislation provides more than $52 billion for U.S.-based companies producing computer chips. President Biden plans to sign the bill on August 9.

And this week, we got the Inflation Reduction Act.

U.S. Sen. Kyrsten Sinema (D-AZ) announced Thursday she would “move forward” on Biden’s sweeping legislation to encourage the EV industry, fight climate change, lower prescription drug prices, and reduce the deficit, giving Senate Democrats the votes they need to pass the Inflation Reduction Act. (Republicans are united in their opposition to the bill.)

In the mode of her fellow centrist, Sen. Joe Manchin (D-WV), Sinema has enjoyed playing a pivotal hard-to-get role in the 50-50 Senate. Her acquiescence this week, after wavering, is another big legislative win for the Biden administration ahead of the midterm elections…and a big jolt for the EV industry, with the spoils going to the U.S., of course.

Below, I steer you toward an EV play that’s poised to dwarf all others.

The landmark Inflation Reduction Act makes major investments in climate, tax, and health care policy. Notably, the Biden bill implements clean energy tax credits, including those to encourage EV purchases and the use of green sources of electricity and energy storage. The bill offers consumers a tax credit of $7,500 for new EVs and $4,000 for used EVs, to make these vehicles more affordable.

The bill takes a swipe at China, although the country isn’t specifically named. The bill mandates that no EV manufactured after 2024 can contain a battery with critical minerals that were “extracted, processed, or recycled by a foreign entity of concern.”

The EV tax credits in the Inflation Reduction Act differ from previous credits because they tie eligibility to specific sourcing requirements, rather than broadly subsidizing EV purchases.

The stakes are, well, ludicrously big. The governments of both China and India have stated that between 2030 and 2040, EVs will account for all new car sales. President Biden has set an ambitious goal for half of new car sales in the U.S. to be EV by 2030.

The International Energy Agency (IEA) found that the number of electric cars, vans, trucks and buses is expected to grow from 11 million in 2021 to 145 million by 2030 (see chart). 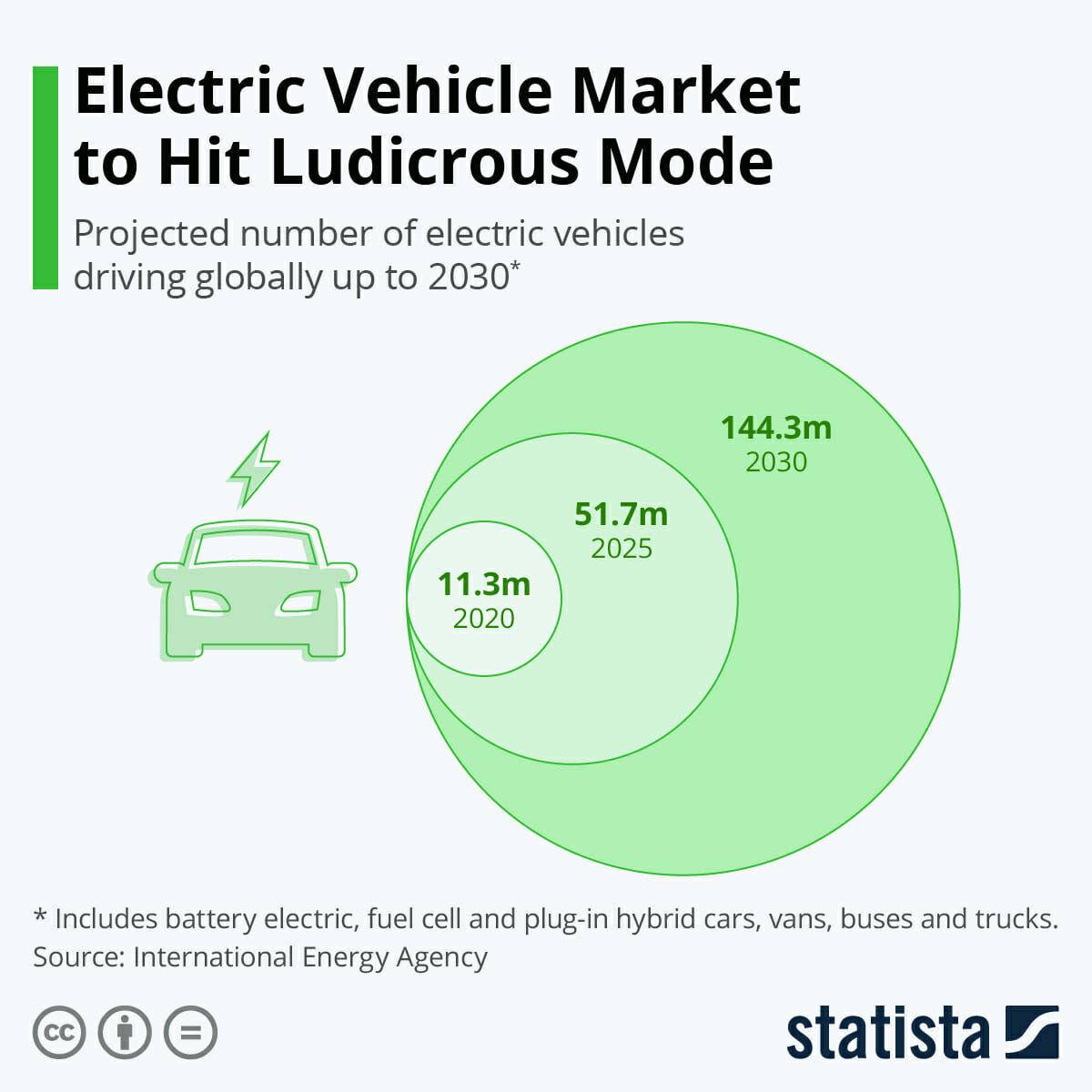 The top EV OEM remains Texas-based Tesla (NSDQ: TSLA), with a global market share of 16%, but other companies are catching up. German-based Volkswagen (OTC: VWAGY) comes in second, at 13.5%.

We now stand at an inflection point for EVs. The transition away from the internal combustion engine and toward EVs is rapidly accelerating, and it’s one of the biggest investment themes of our lifetimes. The combination of climate change and surging crude oil prices is giving the trend greater urgency.

The following chart from global consultants AlixPartners shows the projected scale and regional breakdown of the booming battery-EV market: 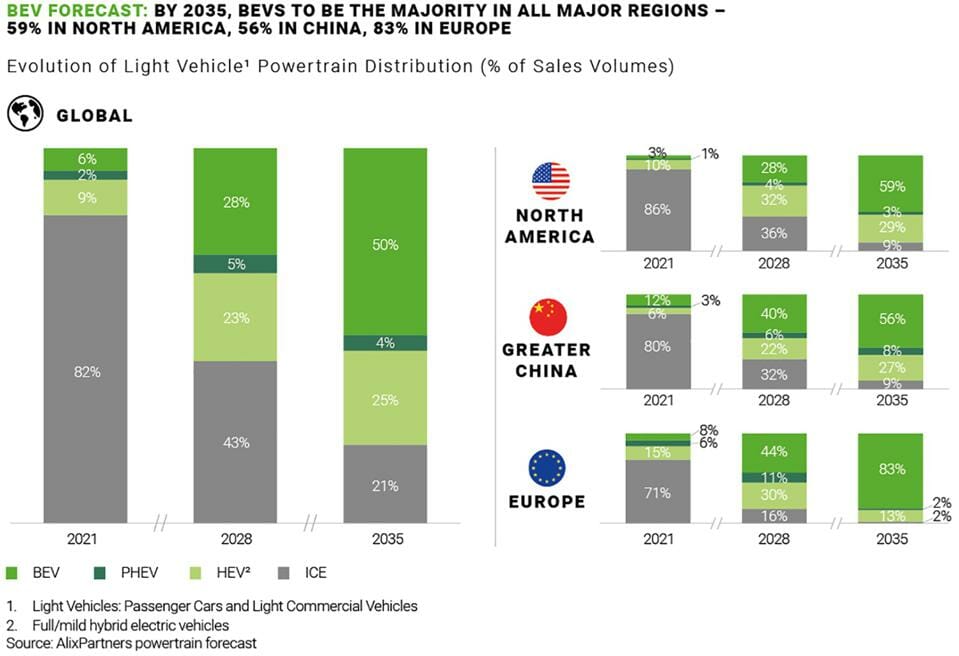 The takeaway for investors: the automotive industry is in the throes of a revolution with huge profits up for grabs, but the identities of the winners and losers remain unclear. You need to pick your spots.

The good news is, I’ve uncovered the first “Apple” of the EV industry…and it’s not Tesla. One unusual, under-appreciated company is secretly siphoning the EV industry’s trillion-dollar profits into investor accounts over and over again, like clockwork.

If you’re looking to cash in on the EV revolution without the rollercoaster ride, there’s no better way to do it than by claiming your stake in the one company I’m confident is on the verge of becoming the world’s first-ever “EV Blue Chip.” Want to get in on the action? Click here for details.