Sentiment on Wall Street is improving, with stocks rebounding as inflation cools and investors anticipate a less hawkish Federal Reserve. We’re even starting to hear talk about a year-end “Santa Claus” rally.

As stocks rise, rates have moved lower, with the 10-year Treasury yield currently below 3.8% for the first time since early October. Risk-on growth assets are back in vogue, with renewed leadership from the battered technology sector.

Global markets are rising as well, with emerging market stocks in the vanguard, as pandemic restrictions in China start to ease.

The sharp rebound in recent days, in both stocks and bonds, underscores the wisdom of remaining patiently invested during market volatility.

The bear market appears to have bottomed, and Wall Street is increasingly sanguine about the stock market’s prospects for 2023.

The current consensus calls for inflation to substantially ease next year, as presaged by the unexpectedly mild October readings for the consumer and producer price indices.

And yet, the undercurrent of investor anxiety remains palpable. Largely due to weak guidance from retailer Target (NYSE: TGT), the major U.S. stock market indices closed lower Wednesday as follows:

Despite the tailwinds I’ve just described, all it would take for this jittery market to fall is a negative headline. Whether it’s an errant Russian missile strike (as reported Wednesday), or an aggressively hawkish comment from Fed Chair Jerome Powell, or an unexpectedly poor economic report, the equity markets face further bumps in the road ahead.

Remember, although sentiment is getting more bullish, we’re still in a bear market. So what’s an investor to do?

Inoculate your portfolio against headline risk…

Consider a covered call options strategy. which allows you to make extra money off a stock that you’re already holding. Covered calls can reap big returns whether the stock market is moving up, down or sideways.

A covered call consists of buying a stock and selling a call option against the stock. To execute this strategy, an investor holding a long position in an asset then writes (sells) call options on that same asset to generate an income stream.

The investor’s long position in the asset is the “cover” because it means the seller can deliver the shares if the buyer of the call option chooses to exercise.

For starters, you must buy or already own shares of stock that offer options contracts. Options are traded in blocks of 100 shares, so you’ll need to own at least 100 shares of the stock.

Next, you’ll sell a call option against the shares. You choose the strike price and expiration date. As long as there’s a party willing to buy the option, you’ll get a credit for the amount of the sale (minus commissions).

If the stock you own hits the strike price (or goes higher) at expiration, the person who bought the call option from you has the right to buy your shares of stock at the strike price. Accordingly, you could end up selling the shares at a below-market price. However, you earned a credit when you sold the call. In some cases, the credit will make up for the difference between the strike price and the market price.

But not always. When you write a covered call, you’re forgoing the ability to maximize your gain if the stock soars. If the stock stays below the strike price at expiration, you get to keep your shares, because the shares of stock are offered for a lower price than the strike price on the open market. It doesn’t make sense to pay more money for shares of stock than necessary, so the person who bought your call option will let it expire worthless.

When to use a covered call options strategy…

Some investors deploy a covered call options strategy when they think a stock is positioned to appreciate over the long run but not over the near term. In that case, they’ll sell the call with a strike price that’s outside of their price target for the next month or so. If the stock never hits that strike price, they’ll keep the money they earned from the sale and they’ll keep the shares of stock.

Also, some long-term investors write covered calls when they’re ready to sell. Once they’ve earned a healthy return on shares of stock they own, they’ll try to get a bit more of a return by selling the option.

The biggest risk here is if the stock unexpectedly tanks before contract expiration. In that case, they’ll get to keep the money earned from selling the call but they might be looking at a loss in the stock position.

How does a covered call options strategy work?

Pick a stock that you already own. Remember, you need to own at least 100 shares of the stock. After you’ve identified the stock, follow the instructions on your trading platform to sell one or more call options against that position. Many online brokerages allow you to set limit orders for options the same way that you do for stocks.

Then, it’s a matter of waiting until expiration. If the stock moves up to the strike price, you’ll sell 100 shares for every contract at that price. If not, you’ll keep the shares. In either case, you’ll keep the money you earned from selling the call option.

Read This Story: Know These Boom or Bust Scenarios

A covered call options strategy has less risk involved than many other strategies. That’s because you’re really just sacrificing the opportunity to generate a higher return if the stock price increases significantly. You also get immediate income. When you write a covered call, you get cash deposited to your account right away.

As I’ve just explained, options are powerful and flexible tools that can be used by stock investors to reduce risk and enhance returns. They’ve gotten a bad rap because they’ve been used improperly by “get rich quick” traders rather than long-term investors. As with any tool, options can be abused. But the problem is not with the options tool itself, but in its application. 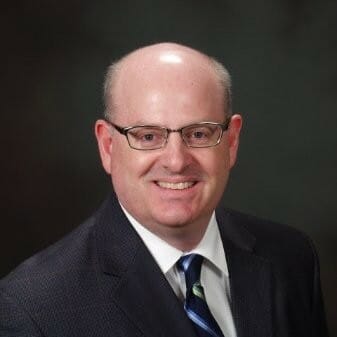 Jim’s investment methods have enabled him to take his life’s savings of $50,000, turn that amount into $5 million, and retire early at age 37.

Jim has been sharing his options trading secrets for over a decade, giving regular investors not just one, but two different opportunities to get paid every single week.

In fact, while the overall stock market tanked several times over the last few years, he hasn’t closed out a single losing trade.

In this volatile bear market, you owe it to yourself to try Jim Fink’s time-proven methods. He has made it possible for scores of his followers to retire wealthy. To learn more about Jim Fink’s money-making strategies, click here now.