Your Silver Linings Playbook for 2023

Conspiracy cultists (aka QAnon) ought to be celebrating right now, because the “globalists” in Davos seem depressed.

The World Economic Forum’s annual meeting this week in the Swiss resort of Davos has been a downbeat affair. In press interviews amid the snowy backdrop of the Swiss Alps, the assembled investors, corporate chieftains, political leaders, economists, and celebrity billionaires have been a fount of doom and gloom.

Consider the conference theme for 2023: “Cooperation in a Fragmented World.” As the online blurb explains:

“The world today is at a critical inflection point. The twin triggers of the COVID-19 pandemic and the war in Ukraine rattled an already brittle global system. Economic growth in the world’s largest economies is stalling, while navigating headwinds from rising food and energy prices. For the first time since the 1970s, the world is facing a precarious disequilibrium with growth and inflation moving in oppositive directions.”

Yikes. Davos this year is about as cheerful as a meeting of James Bond’s nemesis SPECTRE. Below, I explain why the pessimism is overdone.

As I write this article on Wednesday morning, I’m glancing at CNBC’s coverage of Davos. The chyron is serving up headlines such as Recession-Wary Outlooks, Red Flags for Recent Rally, and The Case for More Pain Ahead.

Sometimes you simply need to turn off cable news. It can mess with your head. I suggest you focus instead on my following 10-point checklist of positive trends for 2023 and beyond:

1. The latest data clearly show that inflation is cooling.The Bureau of Labor Statistics (BLS) reported last week that the consumer price index (CPI) in December posted its biggest monthly decline since early in the COVID outbreak. On Wednesday, the BLS reported that the producer price index (PPI), which measures wholesale prices, declined 0.5% month-over-month in December, compared to the estimate for a 0.1% decrease.

2. The encouraging inflation numbers suggest that the latter half of 2023 will witness an easing of the Federal Reserve’s tightening. Since 1980, in the 12 months after the final Fed rate hike, the S&P 500 was up on average about 15%. 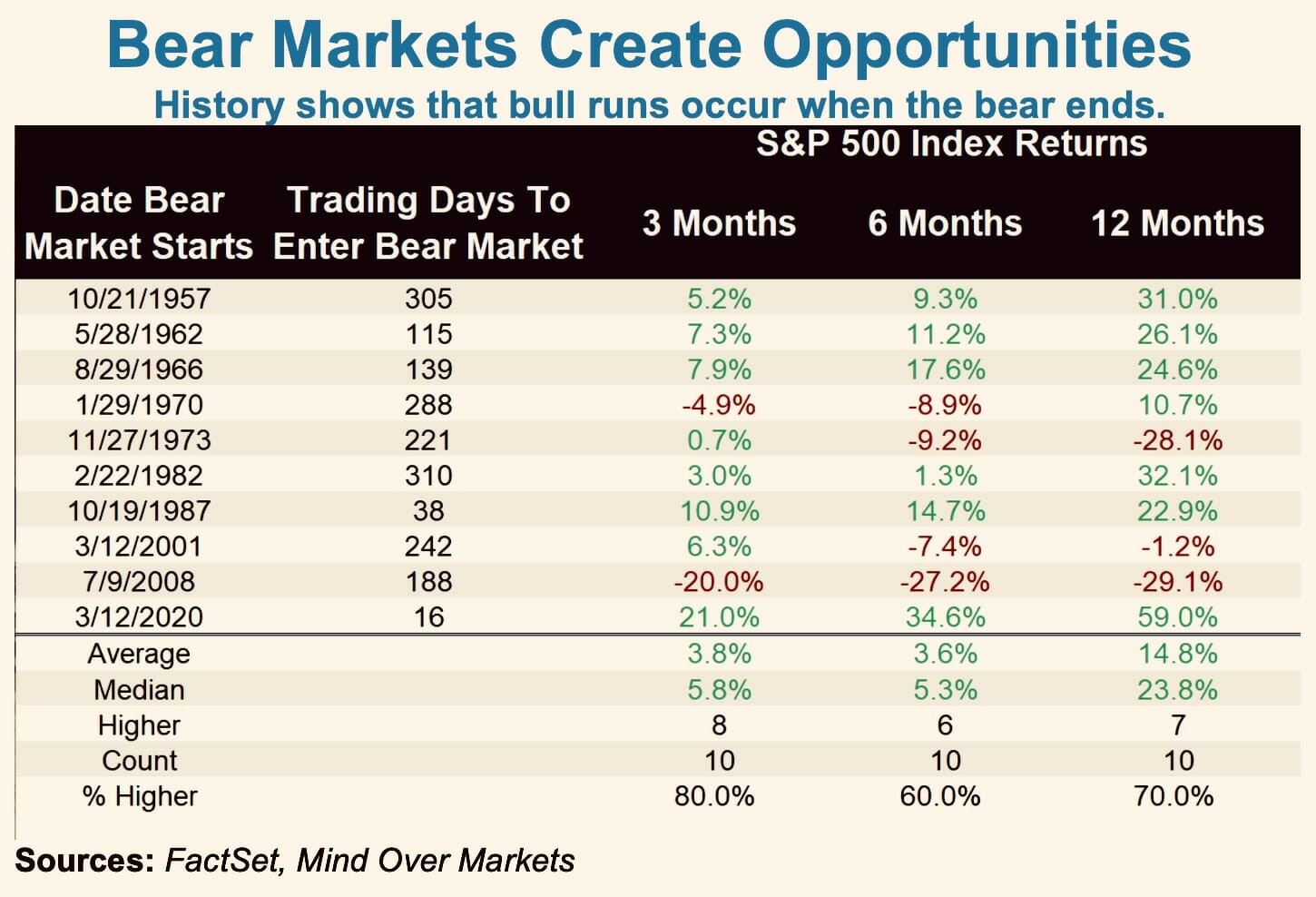 4. Last year handed us a grueling bear market, but history tells us that the S&P 500 has rarely posted back-to-back years of declines.

5. Worried about the clown show in the U.S. House of Representatives? Don’t be. The S&P 500 has historically outperformed the market in the 12-month period after a midterm election, with an average return of 16.3%, regardless of any permutation of political control.

6. As it grapples with the fallout of the Russia-Ukraine war, Europe is weathering the energy crisis far better than expected. Forecasters now call for subdued (about 0.3%) but not recessionary economic growth in the European Union in 2023.

7. In the U.S., consumer spending and jobs growth continue to defy expectations. The consensus forecast is for U.S. GDP growth to slow to 0.2% in 2023. Sure, that’s paltry growth, but it dodges an outright recession.

8. January 2023 has started with an equity rally, with the S&P 500 breaking above its 200-day moving average. Cyclical stocks, notably technology shares, have been in the vanguard of the upward trajectory.

Get ready for the new economy…

When current headwinds dissipate, innovations in green energy, robotics, biotech, the cloud, chip-making, space exploration, and the Internet of Things will drive renewed multi-year growth in the technology sector.

Stay cautious, but don’t get into a defensive crouch. It’s time to reconsider growth-oriented investments, many of which are trading at bargain valuations. A promising growth sector right now? Cannabis. In fact, weed is emerging as a building block of the new economy.

Every portfolio should have exposure to the marijuana industry. That’s why I’ve launched a new service detailing how you can financially benefit from the consumer mainstreaming of cannabis and psychedelics.

An increasing number of U.S. states (and countries around the world) will legalize cannabis and psychedelics this year, which in turn will create new markets, new sales, and big profits for the investors who act now.