US to Become Top Oil Producer?

The International Energy Agency (IEA) has just released their World Energy Outlook 2012. In it, they predict that because of the development of hydraulic fracking in tight formations, the US will become the world’s largest gas producer by 2015 and the world’s largest oil producer by around 2020. They also project that the US would become a net oil exporter again by 2030, which would be the first time that has happened since the 1940s.

These projections mark a dramatic shift from the IEA’s previous reports, in which they projected that Saudi Arabia would remain the top oil producer until 2035. But are these projections realistic?

Some historical perspective is in order. The figure below shows US oil production over the past 112 years. 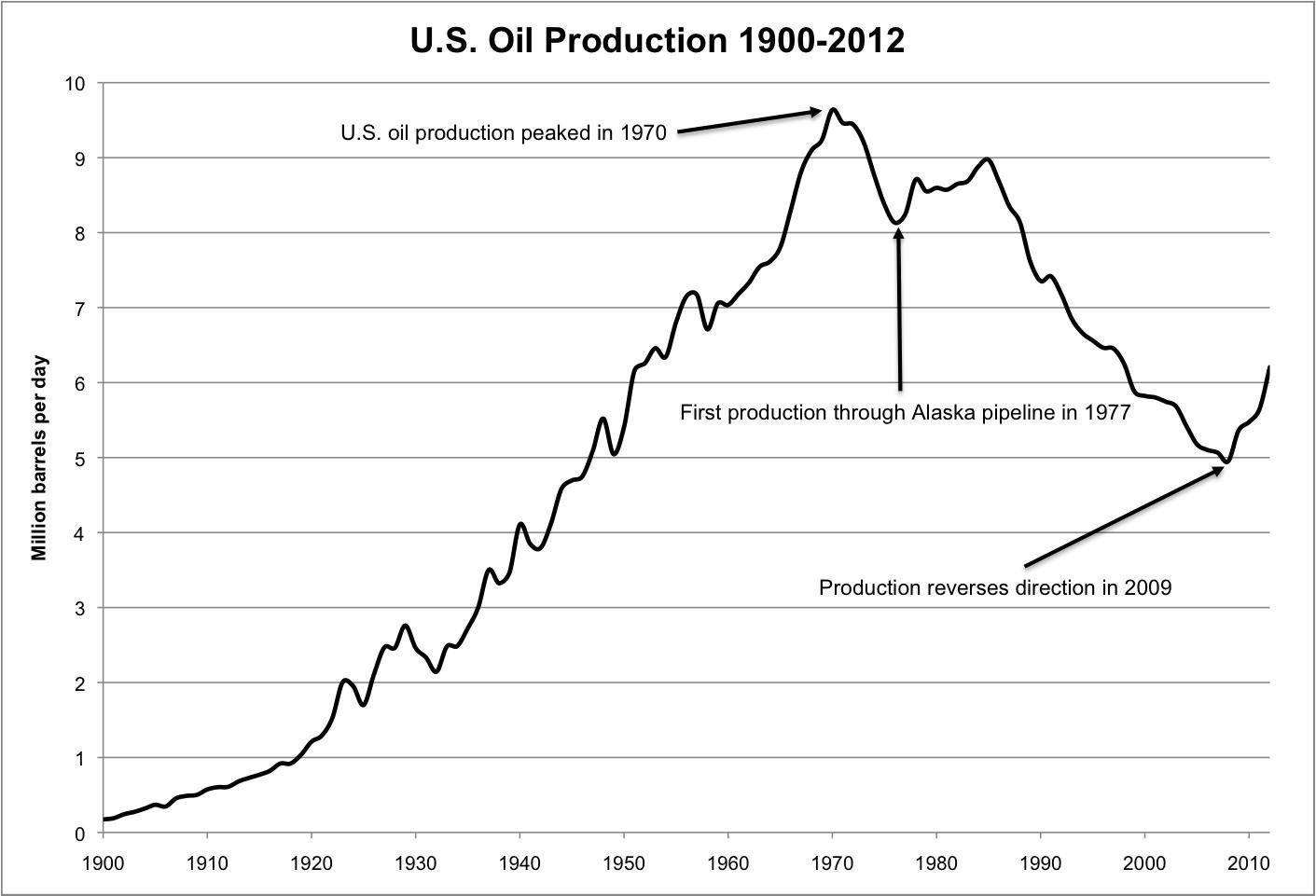 In 1970, annual production reached 9.6 million barrels per day (bpd) and production has declined in most years since.

The second reversal began near the end of 2008, and continues through present day. The primary reason for the current reversal is the application of hydraulic fracturing techniques in the Bakken Formation — mostly in North Dakota — and the Eagle Ford Shale in Texas. While the Bakken Formation probably gets more press, the 400,000 bpd production increase in North Dakota over the past two years pales in comparison to the production increases in Texas. Since 2010, monthly oil production in Texas has risen from 1.1 million bpd to just over 2 million bpd.

In order to fulfill the projections of the IEA, US production would need to exceed current production levels of Saudi Arabia and Russia — at present the world’s largest two oil producers — of nearly 10 million bpd. How long might that take?

This is very good news for oil services companies, because that means a lot of new wells must be drilled in order to continue the production increases. So far, enough new wells have been drilled to keep production growing. But it also means that when production peaks in these tight oil formations, the decline may be very steep.

Thus, a lot of things would have to fall into place in order for the IEA projection to become reality. Soft prices, equipment and manpower shortages and the inevitable increase in drilling costs that would result, and high depletion rates are all risk factors that could undermine the IEA forecast.

Interestingly, OPEC responded to the IEA projection with a warning that if the IEA continues to project that the US will surpass Saudi Arabia as the world’s top oil producer, then OPEC would stop investing in new production to prevent an oversupply situation. The impact of that move would be strongly beneficial to the US if the IEA forecast that the US will become a net exporter of oil comes true. In that case, underinvestment by OPEC will drive oil prices higher than they would otherwise be, improving the balance of trade for the US.

I thought the US passed Russia as the largest gas producer this year.

I’ve never heard any operator or analyst claim marginal production costs of $70. Not even close.