HollyFrontier, Tesoro Are Bargains Worth Buying

Take a good look at a refinery — a giant chemistry set designed to distill the messy remains of ancient algae into fussy fuel fit for a Prius. Look at all the distillation towers and cooling towers, the cokers and the hydrotreaters, reaching for the sky. These monuments to our hydrocarbon addiction are as impressive as they are expensive, and their sheer scale strongly suggests that here stand fonts of endless profit. 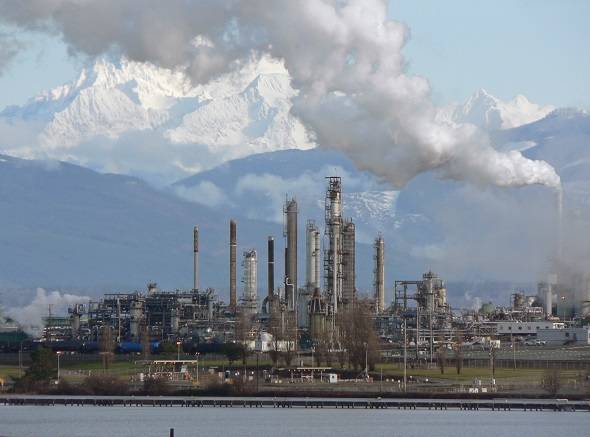 And yet sometime in a future not distant enough, these assets will once again go on sale. Maybe that will be two years from now or maybe five – with an industry this economically sensitive and this volatile, the only guarantee is that mileage will vary.

Maybe today’s sleek Tesla, a luxury good for the 1 percent, turns into tomorrow’s cornucopia of cheap electric cars for the masses, leaving refineries to peddle heating oil. Perhaps the culprit will be a nasty supply shock at the outset of the next war in the Persian Gulf. More likely, a garden-variety recession will drain demand, even as a crop of brand new refineries in Asia and Latin America provides tough new competition for the revitalized industry in the US.

But that day’s likely still a few years away. Refining margins are well down from springtime highs (to say nothing of the epic spreads in 2008), but nowhere as low as the US Energy Information Administration expects them to drop over the course of the next two decades. But in the meantime Midwest motorists can only fume as unscheduled downtime at a couple of refineries pumps gas prices past $4 a gallon. In California, $4 is the new normal and the occasional $5 a gallon a reminder that all the new refineries that will eventually derail this gravy train still haven’t been built, just like all those cheap electric car batteries.

In the meantime, there’s still a lot of money to be made, with record refining profits showing no letup. For the moment, fat returns on invested capital are very real, while the inevitable downturn is still not even a blip on the horizon.

We’re taking advantage of this multi-year window to add HollyFrontier (NYSE: HFC) and Tesoro (NYSE: TSO) to the Growth Portfolio. Each company has much going for it, though their stocks have performed very differently over the last year.

Tesoro has been the red-hot refining industry’s shining start over the last year, rallying 149 percent over that span. It’s also been the standout year-to-date with a gain of 29 percent. Meanwhile, HollyFrontier is the clear refining laggard with a 41 percent one-year gain and is now down year-to-date.

What explains this divergence and why are these now our favorite refining stocks, along with Marathon Petroleum (NYSE: MPC)? Let’s start with HollyFrontier, since it hasn’t led any parades lately.

In fact, despite its startlingly strong fundamentals, HollyFrontier has been plagued by fears that its future isn’t as rosy as its past. Investors are obsessed with the titanic efforts to move the millions of barrels of crude flowing out of tight oil formations in the North American interior to the largest and most complex refineries on the Gulf Coast. The effort is already driving up costs for HollyFrontier, whose mid-continent refineries used to have fewer viable competitors for the cheapest crude feedstock.

On the most recent conference call, the CEO was asked about the effect on crude procurement of new pipelines transporting Permian Basin crude to the Gulf and away from HollyFrontier’s nearby New Mexico refinery. “Well, I guess, in short, it’s making it more expensive, isn’t it?” he shot back. HollyFrontier definitely has Gulf envy, because that’s where the cheapest crude is moving incrementally and because the sea provides an outlet for lucrative fuel exports.

But the rush to ship crude to the Gulf is producing some unintended consequences, like the growing premium placed on heavier, sour grades of crude simply because light crude is growing increasingly plentiful while refiners’ feedstock preferences are less mercurial, determined largely by past capital spending.

And despite the attractions of the Gulf, HollyFrontier’s crude costs on the whole have hardly been a taxing proposition of late. Its cost of products averaged $92.68 per barrel in the first quarter of 2013, down from $102.08 a barrel a year earlier. Gross margin was up 34 percent to $23.32 per produced barrel, helping the company to overcome the drag from heavy scheduled maintenance.

Holly Frontier’s five refineries sit on top of or in close proximity to productive and promising production basins and are likely to enjoy considerable price advantage on the purchased crude long after the Gulf Coast has been sated with similar product. 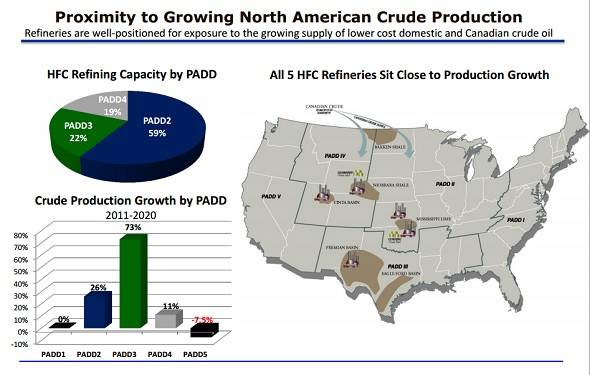 These resilient margins are likely to support continued generosity with regular and special dividends, which have yielded 7.6 percent of the current share price over the last 12 months. HollyFrontier is also selectively nibbling on its shares out of a $500 million share repurchase authorization, backed by the company’s $2.5 billion cash hoard.

The refineries are not only fortuitously situated but also complex, enabling extra flexibility with feedstocks. And the heavy slate of recent repairs, planned and emergency alike, promises fewer production outages in the future like the ones that have curtailed output in the recent past.

The stock has lagged amid hedge-fund selling, Wall Street price-target cuts and the sense that Holly-Frontier’s best days are behind it. But the medium-term fundamentals remain superb, and this is a good time to buy them. We’re adding HollyFrontier to our Growth Portfolio with a buy below target of $57.

Tesoro shares some of the same positives. For example, nearly two-thirds of the crude it recently consumed was of the cost-advantaged variety from the continental interior, though the heavy reliance of its California refineries on imports left gross margin more than 40 percent below HollyFrontier’s.

But the case for the stock’s continued outperformance rests with the recently completed acquisition of the Carson, California refinery from BP (NYSE: BP) for a price so low it left the industry wondering how Tesoro landed this steal of a deal.

Tesoro paid all of $1.1 billion net of the value of inventory for an asset that generates roughly $500 million of EBITDA (earnings before interest, taxes, depreciation and amortization) annually. With the closing of the company’s Hawaii refinery, the Carson plant will account for 31 percent of Tesoro’s capacity, and make it the dominant refiner on the West Coast as well as in southern California, where it will have a third of the entire refining market and supply half the jet fuel used at the Los Angeles International Airport.

On an industry scale dividing the acquisition price by the refining capacity and the refinery’s complexity, and counting other assets thrown in by BP such as a nearby co-generation plant and calciner, Tesoro paid BP as little as $14 per complexity barrel, perhaps one-tenth of what might be considered a decent multiple. Better still, the Carson plant sits just a half-mile from a smaller refinery Tesoro already owns, promising annual synergies valued at $250 million annually after some relatively modest capital improvements. 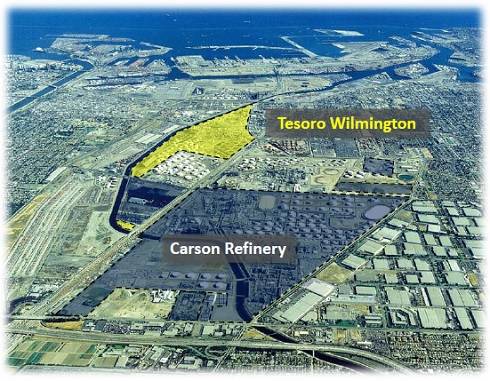 It’s hard to fathom why BP sold this cheaply, other than its big hurry to get out of the US refining business and to raise funds for the huge, and growing, costs of its 2010 Gulf of Mexico oil spill. In any case, its haste has left Tesoro sitting pretty, and with added regional retail muscle as well thanks to 800 southern California filling stations included in the deal.

The deal is expected to fuel a spike in free cash flow (that is, cash earnings after capital spending) to $1.1 billion in 2014, from $800 million this year. We’re adding Tesoro to the Growth Portfolio with a buy below target of $66, near the 52-week high set less than a month ago.