For investors Brexit isn’t a calamity as much as it’s a black fog of uncertainly muddying the markets. So in this special post-Brexit issue, we’ll forecast scenarios to help you think coolly about the vote’s impact and give you strategies for coping, no matter how Brexit plays out.

Global Income Edge continues to favor globally diversified companies that have pricing power in their sectors, such as telecoms and utilities, as well as economies of scale. The companies we select are in both developed and developing countries.  But I’ll take you through three scenarios and discuss how they could affect investments and how our own investment thesis would change as a result. 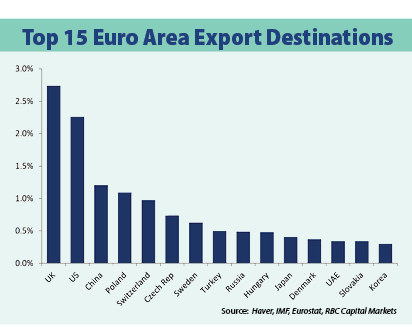 Premise: Britain finds a way to preserve the status quo that it had before the Brexit vote, either by having a second referendum and rescinding the leave vote, or by essentially agreeing to the same terms that it had when it was in the European Union, only with limited say in EU affairs.

The reason many believe this could play out is that the United Kingdom and the EU have too much to lose with Brexit, as they are major trading partners. There’s also a fear that Brexit could push both sides into recession, after each has made headway in recovering from the 2008 financial crisis.

What could go wrong:  Many issues could derail returning to a new normal. Even if the U.K. is able to recover its previous standing in the European Union, many economic landmines lie ahead that could feed the EU electorate’s disenchantment and drive more isolationist policies from member nations.

Even as the Brexit voters seized on immigration issues, there’s a bigger danger in potential debt crises—such as Greece’s debt crisis. The United Kingdom, like many other countries, carries debt that is more than 90% of gross domestic product. Those high debt loads could hurt government services that EU countries can no longer afford to provide if global growth does not return, potentially weakening the EU further.

If EU member countries follow the U.K. and exit from the common market on immigration, debt or some other populist issue, we could see the European economic bloc disintegrate.

I’ve been expecting more political upheaval from around the world given that many countries have been heading toward a debt crisis: $57 trillion of global debt has been added since the 2008 financial crisis.

Investment view: I bet many countries will try to preserve the status quo, but the process will be anything but smooth. Considering the lack of business and political leadership in the U.K. and other countries, I think those efforts likely could lead to more political and market problems.  And that means the risk of further deflation. So investors should pursue an anti-deflationary investment approach such as investing in Global Income Edge Conservative Portfolio stocks.

Premise: Spurred by Brexit, fed-up voters in other countries elect populist leaders who push anti-trade and anti-immigration policies. Trade barriers then force global multi-nationals to focus their businesses on their domestic markets.

If that happens, a new form of mercantilism will begin. Mercantilism was common in Europe from the 16th to the 18th centuries when countries regulated their economies by increasing government power while limiting that of rival nations.

If a new form of mercantilism emerges, I expect to see  “national champion” companies emerge in various sectors that largely serve the nation’s population. But those companies’ products will be considerably more expensive without international trade.

What could go wrong: Mercantilism is bad news and is widely viewed as contributing to economic stagnation and war in the last two centuries. We’re now seeing some precursors to mercantilism with the rise of not only populist U.S. presidential candidates but also populist parties in Greece, Spain and France, not to mention the triumph of populist policies like Brexit itself.  Clearly these are global trends driven by marginalized voters who have been electing such leaders.

How this might develop is anyone’s guess, and the frustration of voters has been underestimated time and again in recent years. For example, many of the world’s greatest fund managers and economists predicted the British would vote against Brexit.

Investment view: Countries with high trade barriers typically have higher levels of inflation. In the event that more protectionist policies are enacted, investors should seek various types of inflation protection, such as Treasury Inflation Protection Securities (TIPS), commodities and real estate, for example.

Premise: A new generation of global political and business leaders addresses issues of inequality. They create fiscal policies and market rules that introduce more accountability in government and business, and make the hard decisions that address those who have been disenfranchised. They also take actions to ignite global growth.

What could go wrong: The big question is if this scenario were possible, why hasn’t it been done since the 2008 financial crisis?

We’ve known what needs to be done, such as fiscal policies to address deep inequities caused by globalization, and tougher regulations on the finance industry that convince investors that the 2008 crash will never happen again.

Instead, the current political and business establishment’s reaction to the 2008 global financial crisis has been to preserve the status quo. Politicians have done this by essentially watering down new financial regulations, known as Dodd-Frank, and blocking meaningful legislation that would improve the business climate.  I have long thought a global debt crisis could eventually start if political and business leaders did not begin working on new solutions.

Ultimately, if the current leadership fails to address these issues, it’s likely that an angry electorate and major shareholders would seek new leaders in government and business. In such a scenario, the pressure would be on the new leadership to develop economically sound policies. The question is when would that happen.

Investment view: We’ve all been hoping for the day when strong growth returns to the U.S. and global economies. Investors should keep a close watch on two metrics to gauge if the economy is truly on the mend.

Those gauges are business capital investment and business formation. Both have been at all-time lows. According to a report by Standard & Poor’s, capital expenditures across all industries fell 10% in 2015 and will continue declining, though at a slower pace, dropping 4% in 2016 and 2% in 2017.

Business creation fares no better. According to a Kauffman Foundation research report issued last year, the country’s rate of new business creation, which peaked about a decade ago, plunged more than 30% during the Great Recession and has been slow to bounce back following the recession, the Washington Post reported.

Even worse, the Kauffman report found that business deaths now outpace business births for the first time since researchers started collecting the data in the late 1970s. This is even more cause for concern as young businesses account for nearly all net new jobs (job gains minus job losses) created annually in the United States. “Older businesses, by comparison, tend to collectively shed from their payrolls almost as many workers as they add,” the report said.

Every time I hear something remotely bullish by the financial news pundits, I always check to see if these two trends, capital investment and business formation, have improved. Until companies start truly reinvesting in their businesses and entrepreneurs create new start-ups, it’s hard to make the case that the U.S. or global economy has turned the corner.

And if the growth picture did improve, Global Income Edge would emphasize its Aggressive Portfolio, which has several frontline businesses that tend to do well when economic activity is on the upswing, such as banks and infrastructure companies.