A New World for International Stocks

As a group, our quartet of international stocks has performed poorly over the past few years. With the exception of BHP Group (NYSE: BHP), up 84% since we added it to the PF Growth Portfolio three years ago, it’s been a tough couple of years for this group of foreign companies.

However, there have been recent signs of life from the three other holdings that suggest the worst may be behind them. With the U.S. stock market near record highs as the coronavirus pandemic rages on, investor capital is slowly migrating into foreign firms that sport more reasonable valuations.

A year ago, it appeared that India carmaker Tata Motors (NYSE: TTM) may have finally caught a break. At that time, the escalating U.S.-China trade war resulted in a new round of tariffs that made luxury automobiles built in America considerably more expensive to buy in China. As a result of its partnership with a Chinese automaker, Tata was able to quickly fill that void with its Jaguar line of upscale vehicles.

However, that joy was short-lived. After peaking above $14 in January, TTM fell below $4 three months later in the aftermath of the coronavirus pandemic. China shut down its economy to combat the virus, resulting in a 14% drop in Tata’s total revenue for the fiscal year ending March 30. The good news is car sales were back on the rise in China during the second quarter, although still sluggish in other parts of the world. 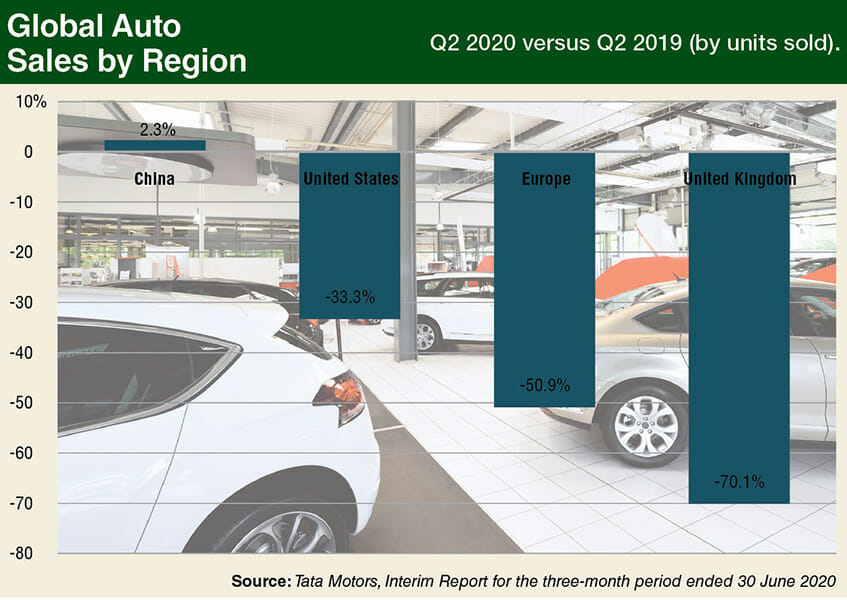 Since then, TTM has rallied above $10 on the strength of better-than-expected operating results during the most recent quarter. Although Tata’s top-line sales revenue fell 42.4% during the quarter, its net income was considerably less impacted due to extensive cost-cutting measures enacted last year.

To be sure, Tata still has a long way to go before it is out of the woods. To that end, the company stated that it will focus on deleveraging its balance sheet (reducing debt) and streamlining operations while emphasizing its most profitable product lines. Tata also is investing in its rapidly expanding electric vehicle (EV) product line, including a recently introduced SUV priced below $20,000.

Will this finally be the year that Tata bottoms out and starts to climb back up the charts? In the near term, the answer to that question largely depends on the extent to which the coronavirus pandemic continues to suppress economic growth around the world. It’s too soon to accurately judge how long that might take, so Tata remains a buy up to $11.

Like most oil producers, TOTAL is aggressively taking steps to cut costs while demand for oil remains suppressed. On September 7, TOTAL announced that it is withdrawing from its role as the lead operator for five exploration blocks located in Brazil. That still leaves TOTAL with 19 development blocks in Brazil, only 10 of which are currently operational.

TOTAL also is extending its debt maturities to take advantage of historically low interest rates. In August, the company successfully priced one billion euros worth of non-callable bonds that mature in 10 years at an interest rate of 2.0%. At the same time, it exercised its right to call (redeem) an equal amount of bonds issued five years ago.

What would help TOTAL (and all other oil producers) the most is a rise in oil demand that drives crude oil prices considerably higher. However, that is not likely to happen anytime soon given the number of inactive oil rigs and excess inventory of petroleum in storage. For that reason, I do not expect to see a meaningful rise in oil prices until the second half of 2021 at the soonest.

The good news is TOTAL pays a dividend yield of 8% that appears to be sustainable given its recent balance sheet maneuvers. The press release accompanying TOTAL’s Q2 results included this statement: “The Board of Directors maintains the second interim dividend at 0.66 (Euro) per share and reaffirms its sustainability in the 40 $/barrel Brent environment.”

That being the case, I believe TOTAL is worth holding onto for the dividend income in the near term since I am not expecting much more growth out of the overall stock market over the remainder of this year. TOTAL remains a buy up $40.

Similar to Tata, Mexico-based cement manufacturer CEMEX (NYSE: CX) has more than doubled in value over the past seven months after tanking during the first quarter. On September 15, CEMEX traded above $4 for the first time since mid-February. However, it is still well below its price three years ago when we added CEMEX to our portfolio.

At that time, I reasoned that if newly elected President Trump was serious about building a southern border wall, CEMEX would be in an advantageous position to win a lot of that business. That didn’t happen, and CEMEX has languished as its operations in South and Central America have suffered along with those regional economies. 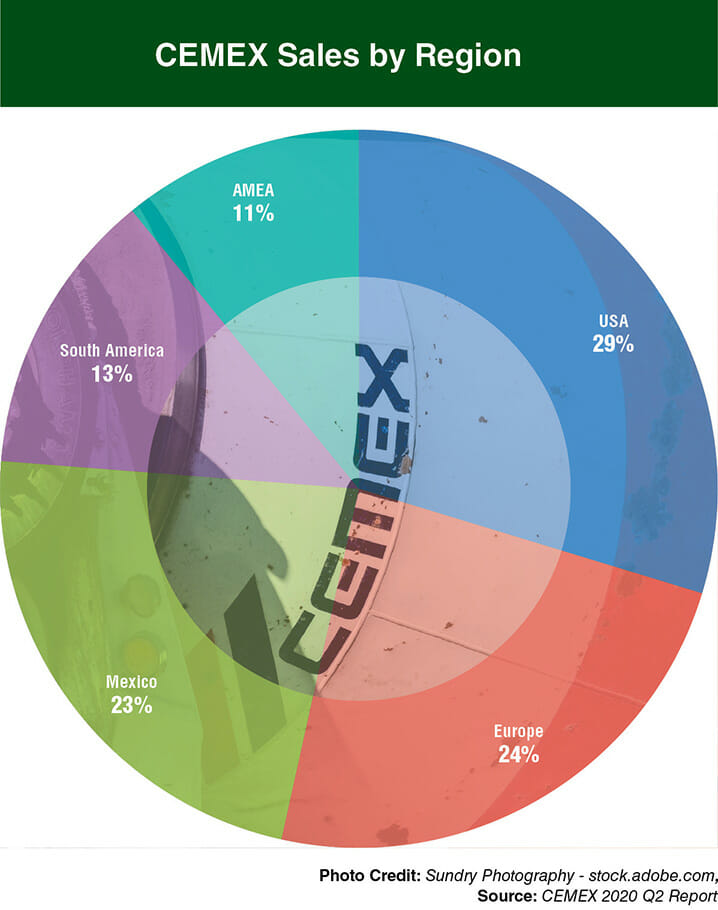 As a result of an aggressive restructuring program, CEMEX now derives only 13% of its sales in South America and the Caribbean. Its largest market is the United States at 30% of total revenue, with another 24% coming from Europe and 23% in its home country of Mexico. For that reason, a spike in infrastructure spending in the United States could have an outsized impact on CEMEX’s operating results next year.

Of course, there is no guarantee that such an infrastructure spending bill will be passed anytime soon, but both parties claim to be in favor of such a plan. In July, Democratic presidential candidate Joe Biden unveiled his $2 trillion proposal for rebuilding America’s infrastructure that entails an “accelerated investment” which would “deploy those resources over his first term.”

President Trump unsuccessfully proposed a $1.5 trillion infrastructure plan two years ago and has repeatedly stated his desire to get such a deal done if he is reelected to a second term. Regardless of the outcome of this November’s election, it seems likely that the winner will propose a major infrastructure spending bill during the first half of 2021.

If such a spending bill is passed, CEMEX should be one of the major beneficiaries since it is the second-largest cement manufacturer in the U.S. During the first half of this year, CEMEX increased sales of cement, ready mix, and aggregates in the U.S. compared to the first half of 2019 despite the coronavirus outbreak.

It appears Wall Street is getting on board the CEMEX train. In August, only seven of the 18 analysts following the company had it rated as a buy and four of them advised selling it. In September, 14 of them recommend buying CEMEX while none of them have it rated as a sell. With institutional support swelling, CEMEX should move higher as the global economy gradually reopens. I am raising the buy limit on CEMEX to $4.50.