Many investors in the energy sector are glad to see 2012 come to a close. With oil prices softening during the year and natural gas prices remaining depressed, oil service and natural gas companies suffered, and most major integrated oil companies showed lackluster performance. Renewable energy companies were especially hard hit, with some of the higher profile companies falling by as much as 80 percent over the course of the year.

Regardless, there were still some nice performers to be found in most niches of the energy sector. The refining sector performed especially well in 2012, with Valero (NYSE: VLO) shares advancing by 57 percent and Tesoro (NYSE: TSO) climbing 83 percent.

What can we expect in 2013? Are oil prices poised to rally? Will natural gas prices begin to move higher? And can the refining sector continue the strong performance of 2012?

At the beginning of 2012, the price of West Texas Intermediate (WTI) was just over $100 a barrel. By year end, it had drifted down to the upper $80s, without a lot of volatility during the year. The continued expansion of US oil production, combined with continued weak domestic demand and inadequate pipeline access to global markets, all put downward pressure on the price of WTI. Price support for Brent crude was stronger, as it closed the year at around $110/bbl — just about the price at the beginning of the year. This means that the Brent-WTI differential increased during the year, which was good news for US refiners who are able to buy WTI and sell finished products that are more heavily influenced by Brent prices on the global market.

The primary downward drivers for WTI prices in 2013 will be another year of expanding domestic oil production, and significant risk of continued weak domestic demand. The US government is almost certainly going to implement higher taxes and cut spending — perhaps substantially — and this will weaken demand for crude oil.

Supplying upward pressure will be modifications to the Seaway Pipeline, which was reversed in 2012 to bring 150,000 barrels per day (bpd) of crude from the bottlenecked Cushing, Okla., hub to refineries along the Gulf Coast. In early 2013 the capacity of the Seaway Pipeline will be increased to 400,000 bpd. Seaway is also engaged in a project to more than double the pipeline’s capacity to 850,000 bpd by mid-2014. TransCanada Corp. is scheduled to bring the southern leg of the Keystone Pipeline online in late 2013, which would transport another 700,000 bpd of crude from Cushing to the Gulf Coast.

These expansions to pipeline capacity will provide some support for WTI prices and will ultimately narrow the Brent-WTI differential. This narrowing will probably begin to take place in 2013, but I don’t expect it to become significant until after 2013. The biggest influence on WTI prices will be the impending austerity from the US government and the impact this has on demand. Looking at all the factors together, I don’t believe the price of WTI will go substantially higher or lower in 2013, but I think it is likely that the average annual price will be somewhat lower than in 2012.

One other wildcard in the mix is Iran. If the Iranians suddenly capitulate on their nuclear program and sanctions are reversed, it could quickly increase global oil production capacity. This would put downward pressure on global oil prices, but Saudi Arabia and OPEC would attempt to cut back production to compensate.

For natural gas prices, I believe the bottom we saw in May 2012 — when wellhead prices dropped below $2 per thousand cubic feet — is unlikely to be revisited in 2013. There are too many upward drivers on both the supply and demand side. On the demand side, coal-fired power is being retired at a record pace, and natural gas is the primary beneficiary. Manufacturers have taken note of the low gas prices in the US, and numerous companies have announced projects to take advantage of the low prices.

On the supply side, drilling rigs continued to shift from natural gas production to more profitable oil production, and in 2012 natural gas rigs fell to their lowest levels in over a decade. A number of major producers announced that they were shutting in production until prices become more favorable. 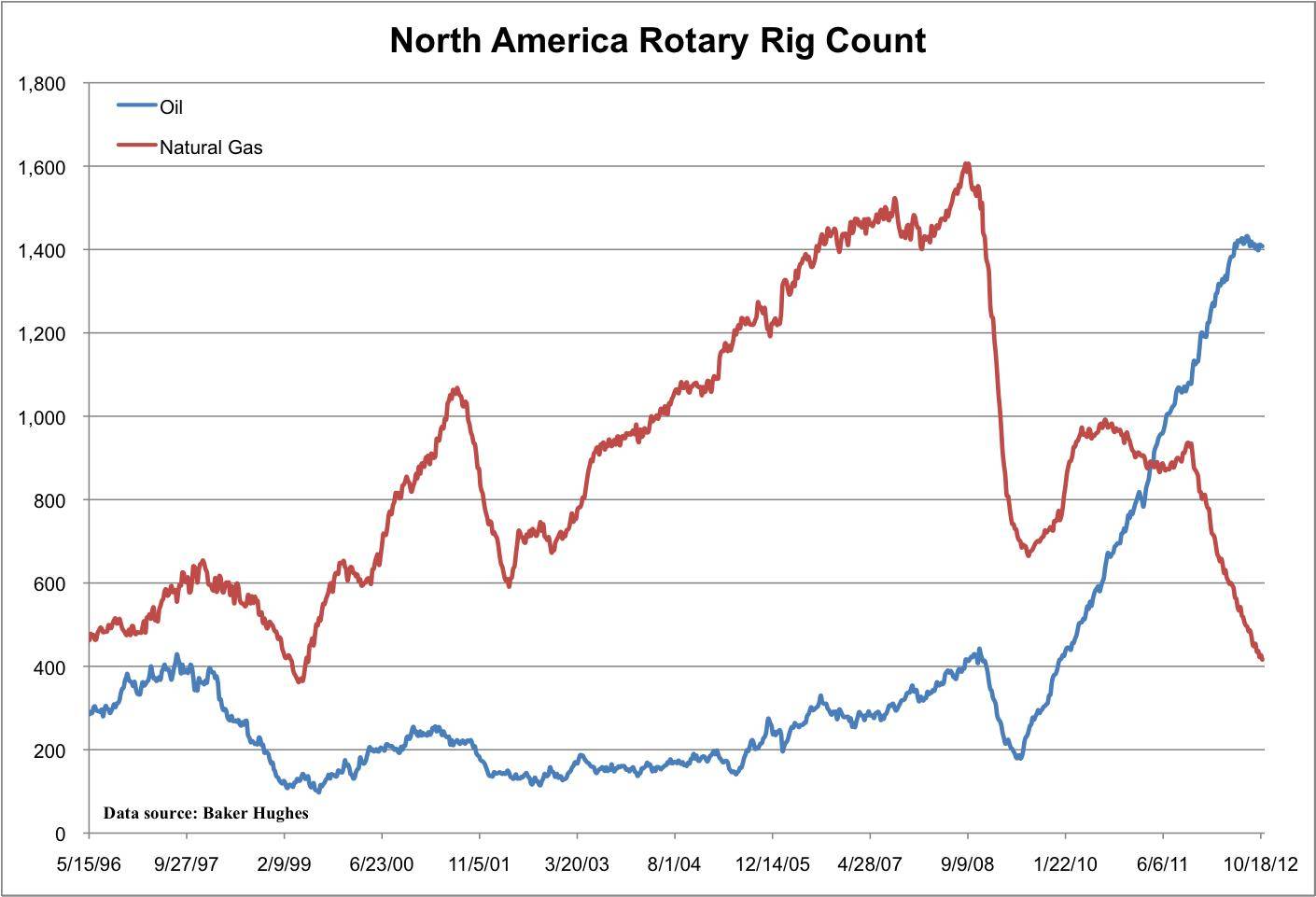 These indicators signal that natural gas prices should make a move up. However, the fact that producers have shut in production and rigs can be shifted back from oil production to natural gas production suggests that a substantial price rise would face significant headwinds. Therefore, I expect natural gas prices to move modestly ahead in 2013, perhaps reaching $6 to $7 per million BTU within two to three years.

Without a major move expected in the oil or gas markets, performance is likely to be lackluster for many companies in 2013. However, this also means that there will be bargains to be found, which will pay off if oil and gas prices do ultimately move higher as I believe they will. Continuing strong demand growth in developing countries will eventually erode the excess capacity that has come online in the past couple of years, and when that happens crude oil prices will move higher. In the meantime, high-quality oil and gas producers and servicers can continue to thrive, and several will post strong performance thanks to particular situations and opportunities.

Refiners that have significant access to disadvantaged crudes — such as mid-continent oil — should continue to perform well as long as the Brent-WTI differential remains high, and that should remain true in 2013. However, following the very strong returns of 2012, investors should pick up refiners on dips in their share price.

Finally, income investors will have plenty to choose from among energy companies, especially in the MLP and trust space. We’ll remain vigilant in evaluating the most attractive opportunities in The Energy Strategist.

Happy New Year and best wishes for a joyful, healthy and prosperous 2013.