The Scientific Methods of a Wall Street Legend

We’re grappling with a bear stock market, amid the Russia-Ukraine quagmire, soaring inflation, rising interest rates, recession fears, supply chain havoc, and the lingering COVID pandemic. The days of easy money are over.

But as my colleague Jim Fink explains in the following interview, you can still make robust profits under these conditions. He’ll show you how to beat the bear and, when conditions improve, ride the bull. 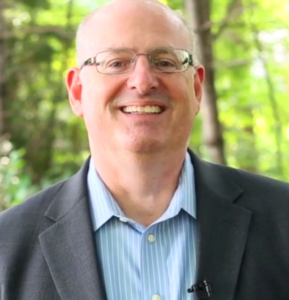 For good measure, Jim has been a member of the Illinois and D.C. legal bars.

This guy is a legend. And when he speaks, the rest of his colleagues at Investing Daily listen. Let’s dive right into my interview with him. My questions are in bold.

Most investors are used to investing through common stock—but you’ve been taking a different approach for decades. Explain to readers, in simple terms, why?

I don’t trade regular stocks because of the high costs.

What I’ve found is that I’m able to earn the same, or more, in profits by spending a fraction of the investment costs of common stocks.

Think about it: a rate of return is the dollars of profit divided by the dollars at risk.

If you can minimize your dollars at risk, and then make the same dollars of profit… your potential rate of return is vastly higher.

But my approach allows me to enter that same stock position for maybe only $1 or $1.50.

We’re essentially comparing just $1.50 of investment risk with the $90 you would have otherwise needed to buy that stock, and both have the same potential for profit.

Ask yourself, which cost would you rather risk for your investment?

When you can buy into a stock position for such a vastly reduced investment cost, that multiplies your potential rate of return.

That’s why I call my system the “Velocity Profit Multiplier.”

Okay. Now, you’ve said before that this system is “scientific.” Can you explain what you mean by that?

I call my system scientific because the stock selection criteria I use are based on fact, and not on unsubstantiated claims, assertions, or theories.

My system is based on actual market data taken from how stocks have actually behaved over the past 10 years.

But it also means that you have a narrow window of time to make this trade and collect the profit. That’s why it’s critical for my Profit Multiplier system to determine which stocks are likely to move in the desired direction — and when.

So everything in my system is based on predictable, seasonal moves.

That’s why I’ve created my Seasonal Velocity Scanner, a proprietary tool you can’t get anywhere else. It lets me interact with the data of the last 10 years to predict with great accuracy how and when a stock might move.

You can filter through all the stocks that exist in the S&P 500 and the Russell 3000… so we’re talking virtually any stock out there.

I am looking for the few stocks that — based on factual history and proven trends — have an 80%-90% probability to make a big move during this narrow time window.

So I call my system scientific because all trades are based on the actual probability that’s been calculated from this historical market data.

How do you turn all of this science into a profitable investment trade?

Well, what I’m looking for are clear buy signals. That way I know exactly when to buy a stock.

Let me give you an example of one of my favorite buy signals — I call it the “Double Barrel” pattern. This buy signal is based it on two technical indicators.

The first is called the “fast line,” the second is called the “slow line,” and when the fast line crosses above the slow line… that’s a strong buy signal. Because it proves that momentum is building.

Or to put it another way, the short-term performance of the stock is starting to outperform the longer-term trend.

What we’re talking about here is a significant trend change for the better.

So a positive MACD is the first “barrel” of the buy signal.

The second “barrel” of the Double Barrel buy signal is an indicator called the Stochastic Oscillator. It moves back and forth between the numbers 20 and 80. It’s measuring the degree to which a stock has been near the high price of its 14-period range.

If you get up to 80, that means it’s trading near 80% of its high price for the time period, which is usually a bad sign and means that a stock has exhausted itself.

That’s why I like to wait for 20, which is when a stock has retraced down to 20% (or less) of its high price for that time period.

The Stochastic Oscillator is how I prove that there’s enough room in the price for a big run.

To conclude, the Double Barrel buy signal is a powerful one because it tells you when there’s a significant trend change, and that there’s enough room in the price to follow through on that trend.

How can a normal investor make trades using this pattern?

Well, the good news is that I know these patterns perfectly, and I can provide you with these buy signals myself.

When you’re first starting out, you don’t have to do all the work… I’ll do the work for you.

But I’m also a big believer in education. Over time, you’ll be able to follow my lead and understand more about these trade indicators.

How often do you tell investors about these trades?

There’s a new trade at least once every week. Each one is a chance to generate great returns by avoiding the high initial costs of common stock ownership.

I’ve often heard you say that the right options strategies can “create dividends out of thin air.” What do you mean by that?

The beauty of options is that they let you profit from someone else’s risky (and often wrong) bets. Let’s say that you own a stock trading at $30 per share. Call options exist that provide the buyer with the right to purchase the stock at $40 per share anytime within the next three months.

The odds of the stock rising more than 33% in three months are low. For argument’s sake, let’s say the probability of such a large price rise is only 15%. Yet, there are always greedy traders out in the marketplace willing to make such a low-probability gamble in exchange for the 100-to-1 chance of striking it rich. Subscribers to my trading services can take advantage of other people’s greed to generate monthly income, even on stocks that don’t pay a dividend!

The options strategy is called “covered calls.” It involves selling a call option at a strike price above the current stock price. You can sell options for cash without owning them first! This amazing fact allows you to generate income month after month on a stock; income that is in addition to whatever dividend the stock may already pay. Furthermore, because you are selling a call with a strike above the current stock price, you continue to benefit from further stock appreciation up to the strike price.

The income generated from selling covered calls can be viewed not only as extra dividends, but also as a risk-reducing cash cushion against a market decline (i.e., lowering the cost basis and breakeven price of your stock). Furthermore, covered calls can be viewed as a way to sell your stock at a price higher than you could get with a limit order.

For example, if you think your stock would be overvalued at $40, rather than set a limit order to sell the stock at $40, sell a $40 call option for, let’s say, $2. Then, if the stock rises above $40 at option expiration, the call option will be exercised and you will be required to sell it to the call owner for $40. Combined with the $2 you initially received for selling the call, your net sales price is $42, 5% higher than you would have received by means of a simple limit order at $40.