Marcellus Shale Map: An Investor’s Introduction to the Marcellus and Utica Shale Formations 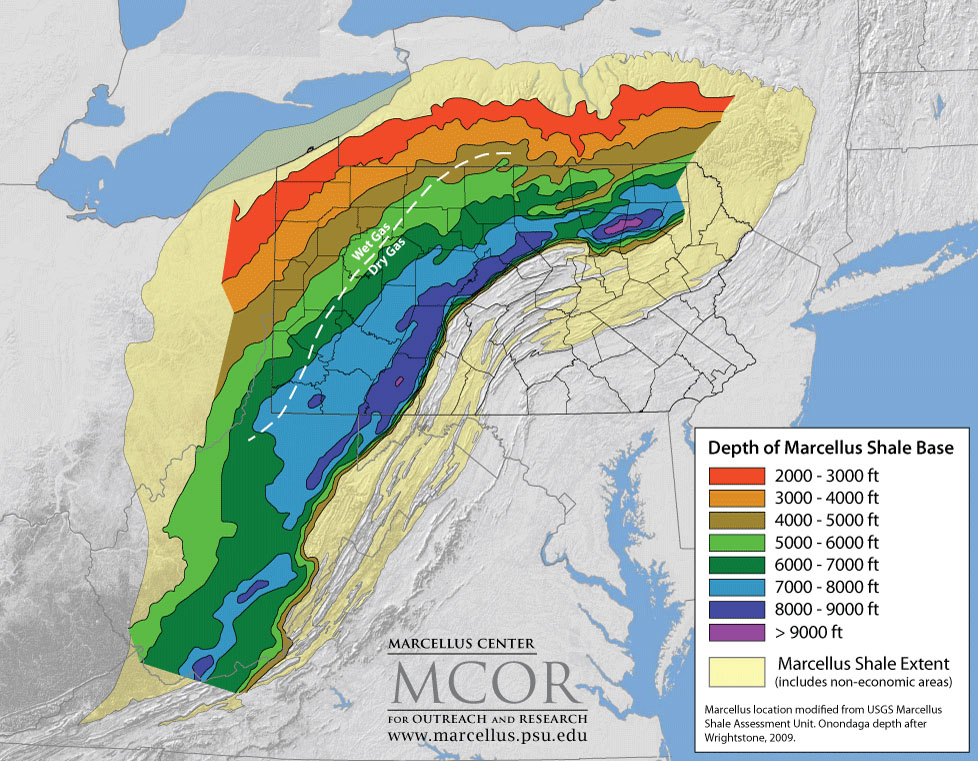 However, this started to change in 2003, when Range Resources (NYSE: RRC) began extracting natural gas from the Marcellus Shale using horizontal drilling and hydraulic fracturing techniques. As the map below shows, once industry insiders noticed that successful natural gas production was underway in the Marcellus, the number of permits and drilled wells skyrocketed.

Marcellus Shale map showing the dramatic rise in the number of exploration wells drilled between 2007 and 2011. Source: Energy Information Administration

The Marcellus Shale formed as a consequence of the ancient seas that once covered most of the eastern US. Over millions of years, sediment covered the methane-producing organisms that inhabited the oxygen-deprived sea floor where the Marcellus Formation now sits. As sediment continued to settle, the muddy layer that would become the Marcellus Shale was covered by other impervious rock formations. This prevented methane-rich gases from escaping and created a large deposit with an abundance of natural gas. 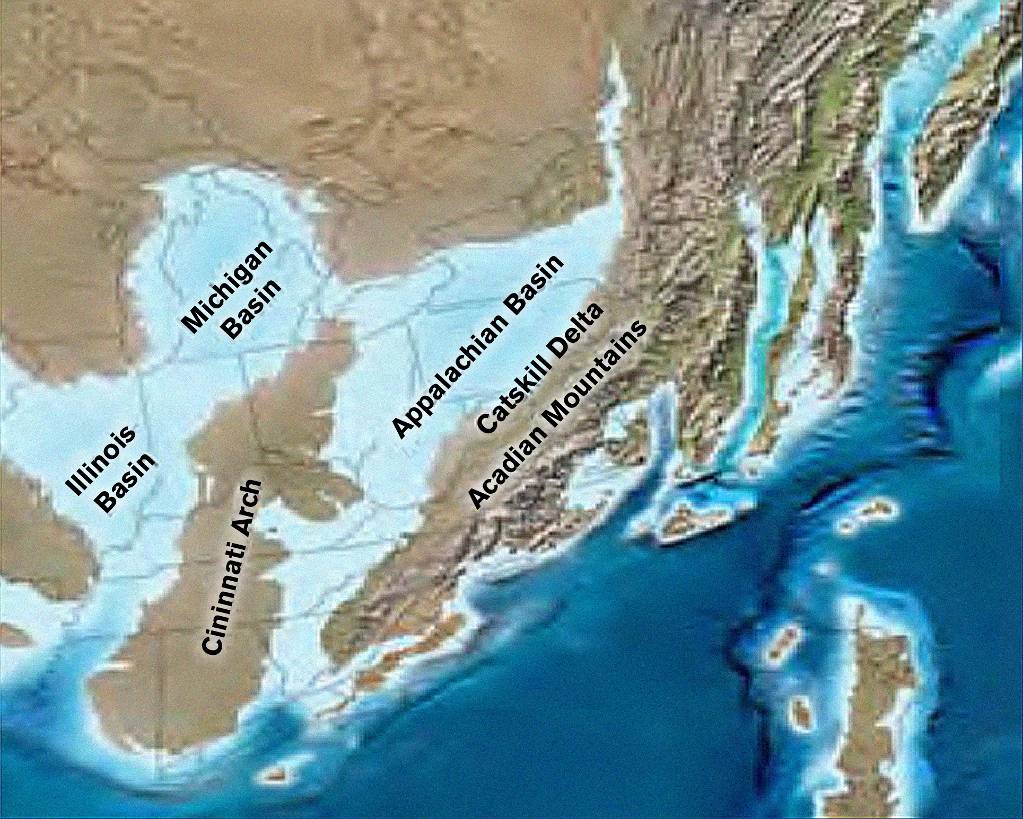 Originally, the Marcellus Formation was estimated to contain over 400 trillion cubic feet of natural gas, which would value the Marcellus Formation at over $1 trillion dollars. More recently, the US Energy Information Administration (EIA) disappointed hopeful investors when, in its 2012 Annual Energy Outlook, the agency estimated that the Marcellus Shale may only contain 141 trillion cubic feet of unproved technically recoverable natural gas. But at current rates of consumption, this would still be enough to satisfy US natural gas demand for over six years.

As the map below suggests, a primary reason oil and gas companies are investing heavily in the Marcellus Shale is because of its proximity to large markets in the eastern US and the region’s well-developed pipeline infrastructure. 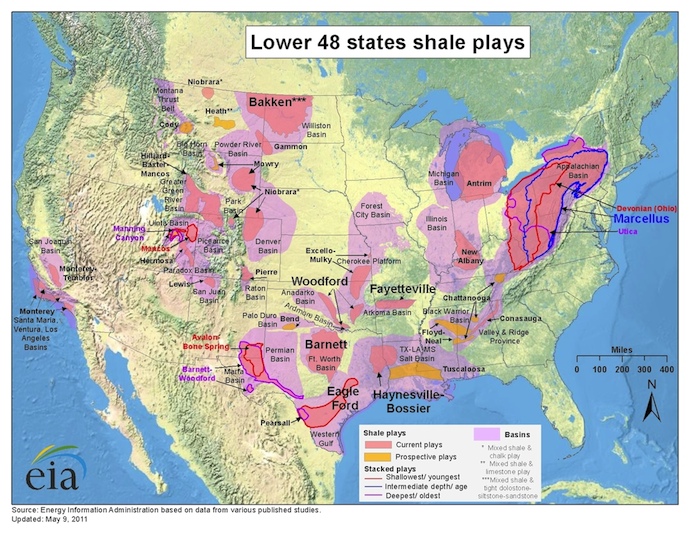 The Utica Shale is a large rock formation that underlies the Marcellus Shale and spans an area from Pennsylvania to Ohio and across the Canadian border (see Utica Shale Map below).

As the map below shows, the Utica Shale is much deeper than the Marcellus—by as much as 7,000 feet in some areas.

The Utica Shale has received increased interest in recent years after studies conducted by Chesapeake Energy Corp (NYSE: CHK) revealed that the formation has similar oil- and natural gas liquids-containing windows as those found in the Eagle Ford Formation. This discovery led Chesapeake Energy Corp’s CEO to assert that “the Utica will be economically superior to the Eagle Ford because of the quality of the rock and location of the asset.” 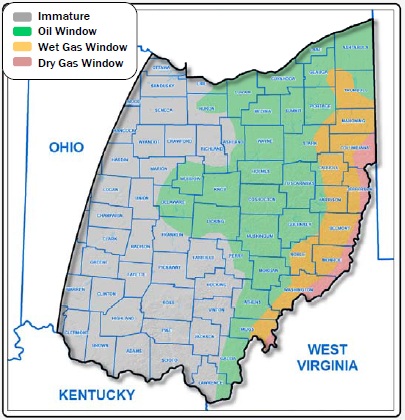 Uncover the surprising trends that are emerging as a result of the shale gas boom by checking out our free investment report, The Complete Investor’s Guide to Striking It Big in Today’s Hottest Shale Plays.