Eagle Ford Shale Map: An Investor’s Introduction to the Formation 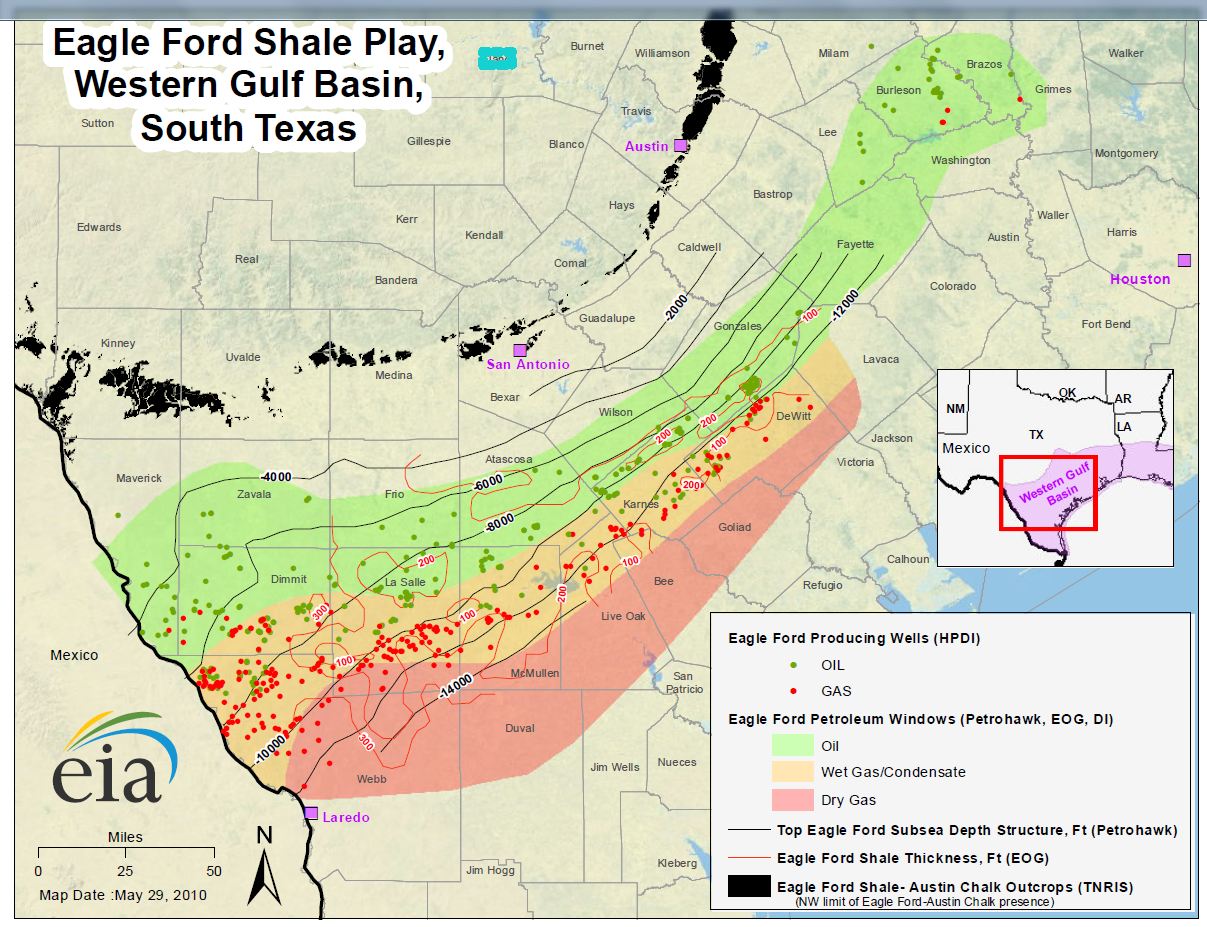 The Eagle Ford Shale is not a typical shale formation, and is more closely related to marl—a type of lime-rich mudstone that contains variable amounts of clays and silt. As such, the Eagle Ford Shale is very brittle and is therefore easily fractured using hydraulic fracturing techniques. The Eagle Ford formation is also more porous and permeable than many other shales, which makes the extraction of hydrocarbons much less difficult.

The Eagle Ford Shale formation is relatively close to the surface, with productive depths located between 4,000 feet and 6,000 feet. By contrast, the Bakken Shale’s most productive layer is found at depths of 10,000 feet. 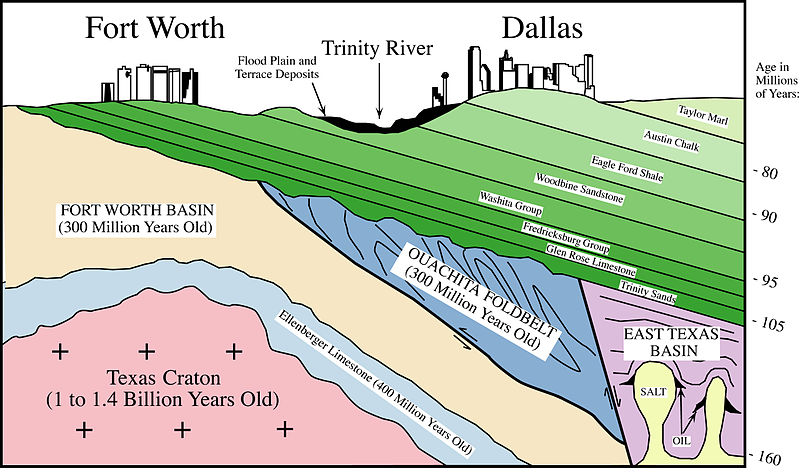 Petrohawk Energy Corp’s success in the Eagle Ford soon spurred a massive staking rush. EOG Resources (NYSE: EOG) was one of the first companies to see the Eagle Ford’s potential, and the firm shrewdly amassed large swaths of land at prices around $500 per acre. Less than a year after initiating its staking campaign, EOG Resources announced that its 500,000-acre land holdings contain estimated potential reserves of 900 million barrels of oil equivalent. More recently, the firm nearly doubled that earlier estimate and now believes its Eagle Ford holdings could yield up to 1.6 billion barrels of oil equivalent.

As the map below shows, oil and gas producers dominate land holdings in the Eagle Ford Formation. 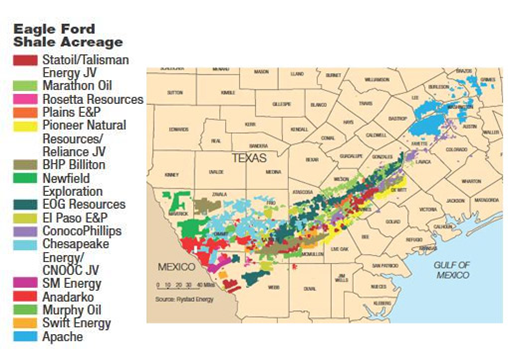 To learn more about investing in the Eagle Ford Shale and other US energy plays, be sure to get our free investment report, The Complete Investor’s Guide to Striking It Big in Today’s Hottest Shale Plays.