By now, most investors have likely heard of the shale oil and gas revolution that’s underway in the US–the discovery of what some firms predict is a 100-year supply of energy. But very few have likely heard of the significant challenges that producers are grappling with in delivering this new energy bounty to market due to the shortage of pipelines and other midstream infrastructure.

As a result, producers increasingly are turning to rail as a means to get their product to market. And just as pipeline development companies have enjoyed phenomenal growth, railway companies are also poised to benefit from the tremendous demand for transportation, offering investors yet another way to play the shale revolution.

Chart A: The US Shale Revolution 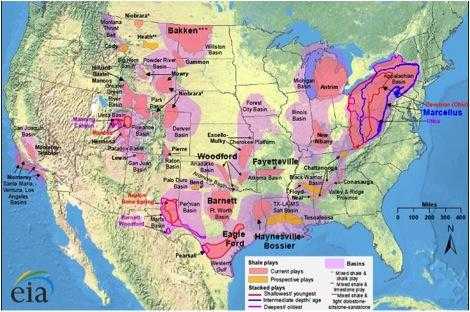 At Deloitte’s annual energy conference in late May, John England, who leads the consultancy’s US oil and gas practice, explained what’s driving this new phenomenon in natural gas. “There is still an enormous amount of midstream infrastructure needed. This was very evident this past winter, where you saw huge price dislocations between Pennsylvania and Boston, for instance. We have massive gas fields but we can’t get that gas to market,” England said.

To be sure, pipeline companies have been on a building spree, and that’s helped eliminate some of the bottlenecks, England emphasized, but they just can’t keep up with the unprecedented demand for transport. “Rail is here to stay as part of the midstream,” he said, explaining that producers really like the short-term flexibility of rail and the fact that long-term commitments are not always necessary.

And this short-term railway flexibility has become all the more compelling as forecasts for the amount of natural gas pipeline investment that is needed has tripled. Indeed, the need for this crucial infrastructure may actually delay development.

These projections have grown substantially since the foundation’s prior study, which forecast $8.5 billion per year in necessary infrastructure investment over a slightly longer period (See Chart B).

Chart B: Higher Pipeline Costs Are an Opportunity for Railway Transport 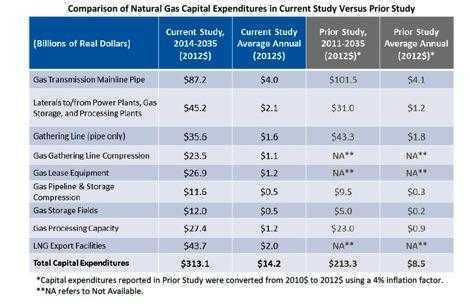 While the shale revolution presents railway companies (and investors) with another growth opportunity, the one short-term hurdle to greater adoption is safety.

The safety of shipping crude by rail was recently called into question in the wake of the July 6, 2013, tragedy at Lac-Mégantic, a small town in the Canadian province of Quebec. A freight train operated by the Montreal, Maine and Atlantic Railway that was carrying Bakken crude was parked in nearby Nantes, and then rolled away after it was left unattended for the night. It sped downhill, derailed and exploded in Lac-Mégantic, killing 47 people.

Governments on both sides of the border are now re-examining safety regulations. In Canada, new rules have already been introduced with regard to parked trains and the labeling of volatile cargo. Additional changes would further increase the cost of shipping crude.

But most energy industry experts such as Deloitte’s England believe that the safety issues will be overcome because the necessity for trains to ship energy products has become paramount, and that’s evidenced by how quickly safety regulations are evolving via government regulators.

Moreover, for perspective on how quickly the market for rail is growing, one need only look at the numbers over the last five years for the crude-by-rail market. According to a recent estimate from the Railway Association of Canada, about 140,000 carloads of oil sands crude and bitumen were shipped by train in 2013, up from just 500 in 2009.

The Association of American Railroads said in late March that major railroads delivered 434,042 carloads of crude oil in 2013, an increase of 83 percent from 2012. The association noted crude oil shipments remain a relatively small part of rail traffic, but they have grown significantly since 2008, when 9,344 carloads were delivered.

In fact, by the end of 2014, about 2 million barrels of crude per day will be riding the rails around North America, according to pipeline operator TransCanada Corp (NYSE: TRP). That will continue to help railways offset declining shipments of coal, a longtime mainstay.

Rail terminals are cheaper and easier to build or acquire than pipelines, but the actual transportation of crude by rail is far more expensive than moving it to refineries via pipelines. One of the reasons the former is even an option is because of the substantial price differential between light, sweet crude produced in the Bakken relative to the global benchmark Brent.

Shipping oil by rail costs about $5 to $10 more per barrel compared to pipelines that are already built, but the oil trains are helped by the spread between crude prices, according to a Chevron executive at the Deloitte conference who also predicted rail will become an increasing part of the energy infrastructure. For example, the differential in late May between international Brent crude and West Texas Intermediate (WTI) stood at around $12, while Western Canada Select is trading at a roughly $21 discount to WTI.

In fact, according to a report by my Utility Forecaster colleague Ari Charney, entitled “MLPs: The Economics of Crude by Rail,” pipelines should remain the dominant mode of shipping energy products, while the crude-by-rail trend could diminish as additional takeaway capacity is added to midstream infrastructure.

But whether this happens depends on the length of time it will take to build more costly new pipelines and whether basis differentials fail to hold. Notwithstanding, railroads are transporting more than 11 percent of US crude oil production to market, up from a fraction of 1 percent five years ago. And rail’s share of crude-movement will increase further, predicts a report by RBN Energy, which also found that developers are planning more unit-train operations to optimize efficiency and lower costs to respond to the pipeline economics.

In landlocked areas such as the Upper Midwest’s Bakken Shale formation, 71 percent of crude is now transported by rail, while 20 percent is carried by pipeline, according to estimates from the North Dakota Pipeline Authority. And with crude oil production in the Bakken accounting for almost 11 percent of total US production in February (the month for which most recent data were available), the importance of crude, and increasingly natural gas/gas liquids-by-rail can’t be ignored.

Though railroads obviously do the heavy lifting of actually moving the crude to market, MLPs participate in this process by building or investing in railroad terminals and transloading facilities that can accommodate crude shipments. Clearly, investors looking for a play on demand for shale oil, gas and gas liquids transportation should emphasize pipelines. At the same time, investors should recognize that rail will experience growth from this trend, while also offering diversification since the industry is exposed to other growth trends.

In fact, we believe the shale revolution bolsters the intermodal play that has been a growth driver for rail over the past few years, and makes some rail stocks all the more attractive. Intermodal, or moving freight in containers that can be loaded onto ships, trucks and trains, is one of the fastest-growing freight modes, with some analysts predicting a 5.1 percent annual increase in this category through 2018.

Intermodal shipping is about 300 percent more fuel-efficient than shipping by truck, according to industry estimates. And this category offers significant exposure to international markets, which adds further investment diversification to a US domestic shale play. That’s why we would seek to invest in railway firms that are in both businesses.

To learn which railroad firm we’ve identified as the best play on the crude-by-rail trend, please follow this link.