Back in the Reagan Era, when I was a cub reporter on a financial newspaper, I was a callow youth burning with Pulitzer pretensions. One afternoon, the metro editor registered his disgust with one of my long-winded dispatches by pounding his fist on my desk.

“What are the three rules of good reporting!” he asked. Before I could stammer out an answer, he bellowed: “Focus, focus and focus!”

I never forgot the lesson… and I’ve imparted it to our investment team. We may be specialists in certain areas, but we’re also a cohesive team with a laser-like focus on one goal: making you money.

This issue, we focus on the major money-making themes of the new year.

So what do our experts think about the market in 2017? I touched base with them and cherry-picked their answers. I’ll provide more themes from additional in-house experts in a future issue.

“Healthcare companies especially should benefit from a Trump administration. The sector took a beating under the Affordable Care Act, which President Obama championed and Trump has vowed to radically overhaul once he is in office.”

Jim also notes: “Technology services and tobacco are bullish sectors into the first quarter of 2017.”

Robert Rapier, chief investment strategist of The Energy Strategist, says bargains will be available in the energy patch, despite the recent run-up in share prices:

“Investors continue to underestimate the likelihood that President-elect Trump will attempt to squeeze OPEC in order to boost domestic energy production. A U.S. president has a number of options in that regard, from reimposing sanctions on Iran to limiting traditional U.S. support for Saudi Arabia.”

“One of the world’s cheapest and most abundant energy sources, U.S. natural gas has been sought by a variety of new consumers, with bullish implications for long-term demand and price.”

Linda McDonough, chief investment strategist of Profit Catalyst Alert, isn’t among the doomsters when it comes to the economy under Donald Trump: “Although I do expect some volatility in the market as investors digest the reality of higher interest rates, I don’t foresee a cataclysmic blow to the economy.”

That means McDonough will be introducing more names into her publication’s portfolio, with many more buy recommendations, perhaps with higher valuations than before.

Richard Stavros, analyst with Utility Forecaster, is convinced that a Trump administration will be manna for the utilities sector:

“Change is definitely in the air with President-elect Trump set to take the White House in January. Trump’s ascendance could have far-reaching implications for the utilities sector, such as highly anticipated corporate tax cuts and infrastructure-oriented stimulus measures that could bolster balance sheets and potentially create new opportunities.” 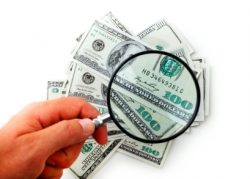 As an investor, you need focus, too. But it has less to do with how you spend each minute or hour of your day and more to do with your specific goals and how they fit into the context of long-term trends.

In future issues, I’d like to continue this discussion. How do you tune out distractions and stay focused on your investment goals? Share your stories: mailbag@investingdaily.com. — John Persinos

The MIT engineer we’ve worked with in secret over the last five years has developed a proprietary trading system called Rapid Profits Matrix that has produced over 788 winners to date. Plus, on top of that sheer volume of winners, many of them have been phenomenal triple-digit gains.

Best of all, this system is about to trigger another alert you’ll be able to act on right away.

Get it for yourself by clicking here.