Know Your Enemy: Hedging Against Risk in 2017

I miss Richard Nixon. His sweaty, sneering, shifty-eyed performances during press conferences were the stuff of comic opera. On the Watergate tapes, Nixon is heard telling his national security advisor Henry Kissinger: “Never forget, the press is the enemy.”

In a way, the press is your enemy, too. By that, I mean many of the financial commentators on cable television news. They’re constantly hyperventilating about what’s hot and what’s not, but they don’t put your interests above their own. If you allow their cranial flatulence to sway your investment decisions, you’ll lose money.

Be forewarned, the preening pundits on what passes for the financial press often disguise their ties to a political party or interest group. They tend to rely on cherry-picked or distorted data that push an agenda. Absent on their list of priorities is the well being of your portfolio.

Now, let’s get one thing clear: This newsletter you’re reading right now is neither liberal nor conservative. We shun any party labels that smack of red or blue — we represent only one color and that’s green. For our investment strategists, the underlying economic and business fundamentals outweigh all other considerations. 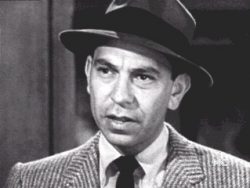 We follow the Jack Webb school of investing. And by most facts today, investors should exercise caution and hedge their portfolios.

Richard Stavros, analyst for Utility Forecaster and a regular contributor to our flagship publication Personal Finance, may sound like Scrooge in his dour assessment of the incoming year, but Richard never sugarcoats the facts:

“Attention investors rooting for the Dow Jones to top 20,000: Economists have started to put nearly 50-50 odds on a recession in the next four years. Sorry for the lump of coal in your stocking.

The Bankrate Economic Indicator, a quarterly survey of economists,  put the probability of a recession over the next four years at 47%. That’s more than double the 22.5% forecast experts gave when asked last quarter about the odds of a recession in the next 12 to 18 months.”

Linda McDonough, chief investment strategist for Profit Catalyst Alert, sounds the alarm that the markets are overvalued. That’s a danger to the investment herd but an opportunity for those who follow her advice:

“The recent rise in the markets, which to my mind is buying stocks blindly in the face of increased uncertainty, strikes me as foolhardy. On the other hand, when prices make little sense that means the market has mispriced many stocks. Good news for finding bargains for my Profit Catalyst Alert service.”

One source of “increased uncertainty” we face in 2017 is Donald Trump in the White House. The unpredictable billionaire does Richard Nixon one better — Trump shuns press conferences altogether. His preferred medium for public communication is Twitter.

Impulsive tweets that clobber the prices of mega-cap stocks are a chaotic way to establish government policy. The upshot: It’s time to take out a little insurance on your portfolio.

Jim Fink, chief investment strategist of Options for Income and Velocity Trader, asserts: “Every portfolio deserves a gold hedge, even a trading portfolio such as VT.”

Inflation is running at a meager 1% and has been extremely low for years, prompting investors to forget how inflation can ravage their financial security. But consider this: After 20 years, inflation averaging the Fed’s target of 2% would slash a dollar’s buying power to 67 cents.

The Federal Reserve recently stated that it expects inflation to rise to at least 2% next year, as the temporary effects of past declines in energy and import prices fade and the labor market continues to strengthen. Donald Trump’s plans to massively boost defense and infrastructure spending, combined with wide-ranging tax cuts, also are likely to fuel the fires of inflation.

To mitigate negative volatility associated with rising inflation, the PF Inflation Hedges portfolio is designed to be used in conjunction with conventional growth and income portfolios.

If you want more advice on how to hedge your portfolio against the likely risks of 2017, drop me a line: mailbag@investingdaily.com — John Persinos

In the meantime, heed the timeless advice of the ancient Chinese philosopher Lao Tzu: “If you know the enemy and know yourself, you need not fear the result of a hundred battles.”

As I’ve just explained, you’re better off following the advice of our objective investment strategists than the TV bloviators who couldn’t care less about your financial needs.

Which brings me to this question:

How would you like to get everything we publish FREE for the rest of your life?

We’ve just opened 100 new membership slots in our top-tier program called the Wealth Society. Joining today will give you 24/7 access to everything we publish. FREE. For the rest of your life.

This special deal includes every publication you subscribe to now… every profitable investment advisory we currently offer… and every new, leading-edge service we’ll launch in the future. The last time we made this offer was seven years ago… and back then, the open slots filled in a matter of hours.

Get the details here before you get locked out.