Ignore The Hoopla Over Dow 20,000; Protect Your Money Instead

I’ve noticed more and more traders on the floor of the New York Stock Exchange wearing silly “Dow 20,000” ball caps. That’s a contrarian indicator if I’ve ever seen one.

Analysts cheerleading for Dow 20,000 are wasting print and pixels. Even if the Dow does reach 20,000, it won’t stay there for long.

The post-election rally already has petered out, with the stock market trading in a narrow range that’s just shy of Dow 20,000. The market is likely to remain range-bound during this holiday-shortened week, but the lackluster movement masks mounting risks.

A quick summary of the dangers: The aging bull market is the second longest in history and stocks as a whole are overvalued. The economic recovery is in its eighth year and recoveries historically only last about eight years. The Federal Reserve hiked interest rates this month and has indicated that more increases are in the cards for 2017. 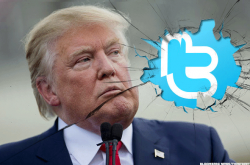 Whether you think his policies are good or bad, the president-elect already has sparked considerable uncertainty. And if there’s anything that traders hate, it’s uncertainty.

America’s Tweeter-in-Chief has proven several times that he can make billions of dollars in market valuation disappear with a single impulsive tweet. We’ll see how the early days of the Trump administration pan out, but it’s small wonder that I’ve been getting emails like this from readers:

In addition to your recommendation of gold miner Goldcorp (NYSE: GG), I’d like other ideas for investment hedges. — Philippa H.

Philippa, you should definitely make sure that your portfolio contains at least 5%-10% in gold-related investments. As I made clear in the previous issue of this newsletter, we particularly like high-quality, value-priced gold miner Goldcorp, a denizen of the “Inflation Hedges” portfolio of our flagship publication Personal Finance.

You should also consider sectors that are poised to thrive under Trump’s policies. No stranger to large-scale construction projects, Trump made his fortune in Manhattan real estate. He now promises a massive effort to rebuild America’s shoddy infrastructure, which should boost well-positioned construction firms.

“U.S. Concrete makes the ready-mix cement, gravel and additives used in road and bridge building, as well as in the construction of high-rise commercial and residential skyscrapers. Its products will be part of the rebuild of the LaGuardia Airport and were used to help build the Freedom Tower in New York City…

In an industry in which location of operations is key, U.S. Concrete is mainly in fast-growing cities. Massive projects in Texas, northern California, New York and New Jersey and a burst of federal funding for public projects will continue to stoke demand for ready-mix cement.”

Financial services will boom under Trump as well, as his anti-regulatory cabinet and agency appointments gut the oversight rules that Wall Street has resented for years.

During the presidential campaign, Trump promised that he would “dismantle” the Dodd-Frank Wall Street Reform and Consumer Protection Act of 2010. His nominee for treasury secretary, Steven Mnuchin, also is on record for being implacably opposed to Dodd-Frank and other financial reforms that were passed in the wake of the global financial crisis of 2008. In addition, rising interest rates in 2017 will make it easier for banks to make money.

Got any questions or feedback? Send me an email: mailbag@investingdaily.com — John Persinos

Why Should Billionaires Like Trump Get All The Fun?

I want you to have the one thing that separates average investors from the rich: private access.

Access to a suite of powerful financial tools… and the analysts who created them.

Up until now, the only way you could get that type of financial firepower was to hand a seven-figure check over to a hedge fund or family office. But that changed the minute we opened 100 new lifetime slots in our top-tier membership program, the Wealth Society.