People often corner me at cocktail parties seeking free investment advice. I consider it an occupational hazard. However, during this year’s holiday gatherings, I noticed an added dimension of anxiety if not downright fear.

It’s called “Trump Derangement Syndrome,” and yes, it’s a real thing. Psychiatrists are reporting greater levels of hand-wringing among their patients because of Donald Trump’s unexpected rise to the most powerful job on the planet.

Whether you love or loathe the extravagantly coiffed billionaire, his status as president-elect is causing considerable worry. Over adult beverages this year at Christmas and New Year’s celebrations, the most frequently asked question I got was: How do I hedge my portfolio?

It’s a prevalent question in our mailbag as well:

“I would appreciate any information that would help answer the question: how do I hedge the political and economic risks of 2017?” — Richard C.

“I would appreciate some further information on hedging my portfolio for 2017. Since the market has done so well for so many years, I am expecting a correction soon. Thank you for any advice you can offer me.” — Don Z.

Here’s another opportunity that I’ve yet to address: the likely outperformance of small cap stocks in 2017.

Jim Pearce, chief investment strategist of our flagship publication Personal Finance, says a strong U.S. dollar and rising interest rates — two conditions in place for 2017 — should give lasting momentum to the small-cap rally.

Jim also serves as the director of portfolio strategy for Investing Daily and director of our Wealth Society. As he explains about small caps:

“The strong dollar should have little, if any, effect on…small companies that concentrate on U.S. customers. If you’re retired, adding small-cap stocks to your portfolio actually increases the ‘safe withdrawal rate’ from your IRA, reducing the chance that you’ll run out of money later on in retirement.

Jim Fink, chief investment strategist of Options For Income and Velocity Trader, says “small-cap value stocks have dramatically outper­formed all other types of stocks over the long term.”

Let’s start with Donald Trump’s policies, which would benefit smaller companies. Trump presumably understands the needs of America’s entrepreneurs — the aggregate holdings of the Trump Empire would rank about midway in the Russell 2000 by revenue, if it were listed.

Trump has promised to lower the business tax rate to 15% from 35% for corporations and 39.6% for sole proprietorships and partnerships. The GOP-run Congress is likely to go along, which would give a shot of adrenaline to small businesses.

Trump and Congress also vow to eliminate the Affordable Care Act, which would please small company CEOs. Obamacare has increased the number of Americans with health insurance, but it also has imposed mandates that smaller employers consider onerous.

Another advantage for small companies in 2017 is the likelihood that Trump’s appointees will lessen regulations against the financial services sector, which would help the local and regional banks that typically supply the credit to smaller companies.

Trump’s protectionist policies may trigger trade wars, but most small caps derive the majority of their sales domestically, which insulates them from overseas turmoil and a strong greenback.

Finding the next Steve Jobs… 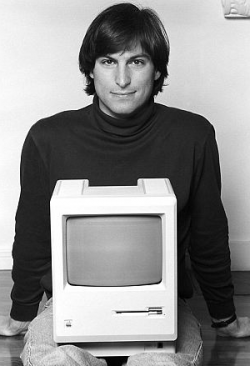 “The more experience in investing I gain, the less I focus on financial numbers and the more I realize that the ‘secret sauce’ of top small- and mid-cap stocks is their top management. Specifically, honest, competent people with the passion and discipline for building a lasting, high-profit business.

I especially look for companies managed by their entrepreneurial visionaries. I avoid professional managers who hop from one company to the next in search of a huge salary. The shortcut to finding honest, competent manager CEOs is founder CEOs.”

In other words, you should look for the next Steve Jobs. And our investment team will help you find him. In the meantime, if you have a question about the risks and rewards ahead in 2017, shoot me a question: mailbag@investingdaily.com — John Persinos

The Clock Is Ticking

I’ll make this quick: You only have a few hours left on our offer to join the Wealth Society. Which means…