We Get Letters! Stacks and Stacks of Letters…

Today’s trivia: The “Letters, We Get Letters” jingle sung by Paul Shaffer on The Late Show with David Letterman actually got its start with the Perry Como variety television show of the 1950s. Shaffer was being campy (as usual) by resurrecting the old tune.

In 1957, crooner Como issued We Get Letters, a long-playing album of musical requests from his popular television show.

Figuratively speaking, we get stacks and stacks of letters… in the form of emails. We haven’t composed a musical jingle for our mailbag segment, but you don’t turn to Investing Daily for music. You’re here to make money.

Let’s dive into the Monday Mailbag. 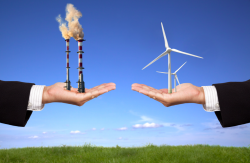 “I have been curious about these two securities: NEP and NEE. Should someone buy both of them as a package? NEP has a healthy yield and has affirmed robust growth for the next five years. I know NEE is a good utility, too. How do you evaluate them?” — Kim F.

With a market cap of $61.3 billion, NextEra Energy (NYSE: NEE) is a major provider of alternative energy with a generation capacity of about 45,900 megawatts. The dividend yield is 2.98%. For more about NEE, see my March 14 issue: Janet Yellen Doesn’t Scare This High-Yielding Utility Stock.

Both are rock solid utility stocks; NEP is a smaller, purer play on clean energy with a higher dividend yield and faster growth prospects but as such, also confers more risk.

The average analyst consensus is that NEE’s year-over-year earnings growth will reach 5.4% in the next quarter, 7.1% in the current year, 7.2% next year, and 6.78% over the next five years (on an annualized basis).

NEP’s earnings growth momentum is even more impressive. The average analyst consensus is that NEP’s year-over-year earnings growth will reach 147.4% in the next quarter, 209.6% in the current year, 24.4% next year, and 53.3% over the next five years (on an annualized basis).

These twin utility stocks are shrewd total return bets, either individually or as a package. 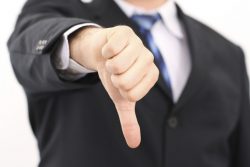 “I keep getting these come-ons to buy payment protection insurance. It seems like a good idea but I’m skeptical. What are your thoughts?” — Carlson P.

This financial product preys on consumers’ anxiety about losing their jobs. In theory, it seems like a good idea: Buy extra insurance to cover your payments on personal loans, mortgages, credit cards, car payments, etc. If you’re suddenly unable to pay, the insurer pays for you.

But there’s a catch. The protection is expensive and often riddled with loopholes that allow the insurer to wriggle off the hook. Indeed, the cost of the insurance every year can potentially exceed the total cost of the interest payments. Chances are, you won’t need it, anyway. 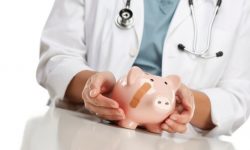 “Health care stocks are getting hurt because of the current fiasco over Obamacare repeal. What are your thoughts about Johnson & Johnson?” — Maria F.

The GOP alternative to Obamacare, inevitably dubbed “Trumpcare,” is an amalgam of half-measures that has received a derisive reception from across the political spectrum. The consensus in both parties is that the replacement bill is dead on arrival, a political stalemate that has dampened investor enthusiasm for health care stocks.

But these temporary political headwinds will eventually dissipate and the strongest health care stocks will resume their upward trajectory, propelled by unstoppable demographic trends such as an aging population.

One of the strongest health care stocks you can buy is Johnson & Johnson (NYSE: JNJ). With a market cap of $348.5 billion, this diversified global behemoth is practically a health care mutual fund.

With a strong dividend yield of 2.48% and a stable of familiar household brands, JNJ will continue to provide steady income coupled with market-beating share appreciation.

Johnson & Johnson’s consumer segment makes the products that are familiar to anyone who visits their local retail pharmacy, including over-the-counter drugs such as Tylenol, as well as non-medicinal items such as Listerine mouthwash and Neutrogena skin care lotion.

The company’s medical devices and diagnostics division produces a range of products that are mainly used by health care professionals in the fields of orthopedics, surgery, vision care, diabetes care, infection prevention, diagnostics, and more.

Johnson & Johnson is benefiting from economic recovery and also enjoys substantial pricing power because of beloved brands such as Band-Aid. If we face an economic downturn in 2017 as many analysts predict, JNJ would enjoy the flexibility of charging more for its products without undermining demand.

The stampede to silver… 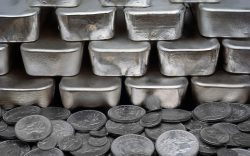 “You’ve been recommending that investors hedge their portfolios with precious metals, to prepare for a likely correction this year. What’s a good silver investment?” — Herman D.

Take a look at Silver Wheaton (NYSE: SLW). Rather than producing silver, Silver Wheaton is a “silver streaming” company that makes an upfront payment to miners in return for the right to buy a fixed percentage of their production. The company then makes smaller, incremental delivery payments as it receives the metal.

Headquartered in Vancouver, Canada, the company is by far the largest precious metals streaming company, with a market cap of $9.1 billion. The company holds several long-term purchase agreements with silver and gold relating to various mining assets.

Got any questions or feedback? Send me a letter: mailbag@investingdaily.com. — John Persinos

The price of silver currently hovers at $17.35 per ounce, but many analysts are predicting that silver could skyrocket as high as $140/oz this year, as geopolitical and economic turmoil worsen. Silver also boasts an advantage over the classic hedge of gold, because the “white metal” has many practical industrial applications.

Jim Fink, chief investment strategist of Velocity Trader, has developed a system that can turn even small stock movements into triple-digit winners. And he’s zeroing in on silver.

Jim has identified a $1 trade that will capitalize on the coming silver boom. In fact, his silver trade is poised to surge 406% within the next 90 days.

Want to know more? Click here now for all the details.