Markets have been jumpy in recent days, spooked by all the political craziness at home and abroad. If you’re looking for safety, I explain why two titans of technology — that’s right, technology — are shelter from the gathering storm.

Let’s first examine the international scene, which would resemble a Saturday Night Live sketch if the stakes weren’t so high.

Also unnerving traders is heightened saber rattling from North Korea’s President Kim Jong-un, a cartoon-like character with a bad haircut who nonetheless seems intent on getting his hands on a nuclear weapon.

Western intelligence experts this week expressed their suspicions that the recent failure of a North Korean missile test was caused by U.S. cyber sabotage. Indeed, Trump has declared that “all options are on the table” in dealing with totalitarian North Korea.

Until some of this dust settles, expect the markets to seesaw.

One trend appears resilient, though: the momentum of the technology sector. The S&P 500 benchmark index enjoyed a healthy first quarter, gaining 5.5%, which was exceeded by an even stronger performance by the Nasdaq, which gained nearly 10% in the quarter.

Tech stocks are on the upswing in large part because of increased IT spending among corporate clients and the prospect of lower taxes under Trump.

And yet, many risk-averse investors remain traumatized by the dotcom bust of 2000, which obliterated $6.2 trillion in household wealth. The ingrained perception has lingered: technology stocks are simply too volatile.

However, there’s opportunity for investors to bargain hunt for what we believe are attractively priced value stocks that should deliver solid dividends and steady growth for decades to come.”

This duo may be on the conservative side as technology stocks, but amid the volatility of the Trump era, that’s a good thing. All sit on big cash hoards and control proprietary technology that’s increasingly sought by consumers and businesses around the world.

These two companies are leaders in their respective niches — Cisco in networking technologies and Intel in semiconductor manufacturing.

Lots of cash on hand provides these companies with a cushion for the market downturn many analysts see ahead. It also allows them to make the consistently strong R&D spending that’s necessary for tech companies to maintain their competitive edge.

If Trump makes good on his promise to allow tech companies to repatriate overseas cash for a lower domestic tax rate, you’ll see an explosion of R&D and acquisitions from my two recommendations. Let’s take a look.

Cisco: taking a byte out of cyber crime… 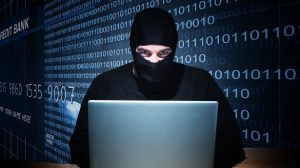 Cisco is one of the biggest suppliers of Internet-based networking products; the company’s routers and switches are pervasive in offices, classrooms and government offices around the globe.

Cisco will continue to benefit from the accelerating trend of around-the-clock, global connectivity. Moreover, as the leading player in cyber security, Cisco is in the best position to profit from growing concerns about international hacking.

The company boasts a cash pile of $71.8 billion, which provides the wherewithal to buy small, innovative rivals and to weather cyclical ups and downs.

Cisco shares currently trade at a trailing 12-month price-to-earnings (P/E) ratio of 17.2, a bargain compared to the trailing P/E of 24.7 for its industry. The dividend yield is 3.47%.

The average analyst expectation is that Cisco’s year-over-year earnings growth will reach 4.6% next year, and 10.04% over the next five years (on an annualized basis).

Intel is the largest maker of semiconductors in the world, but the migration away from PCs toward smartphones has hurt the company.

Intel’s PC business remains its biggest operating unit, accounting for two-thirds of sales. Intel is likely to continue its dominance of the PC microprocessor market over the long haul, thanks to a strong R&D budget. Intel also is devoting considerable resources to developing new, ever-faster chips for smartphones.

Meanwhile, the company sits on $17.1 billion in cash, quite a “war chest” for dividend boosts and stock buybacks. While you wait for PC demand to rebound along with the global recovery, the stock will reward you with a healthy dividend yield of 3.00%.

The average analyst expectation is that Intel’s year-over-year earnings growth will reach 4.7% next year, and 8.1% over the next five years (on an annualized basis). The stock’s trailing P/E is a relatively low 17.

Got a question or comment? Drop me a line: mailbag@investingdaily.com — John Persinos

Your antidote to investment jitters… 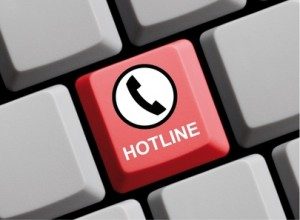 Picture a trade war between America and China or an outbreak of strife on the Korean peninsula. Or perhaps a U.S. government shutdown this month, which Republicans in Congress now threaten unless improbable cuts are made to the federal budget.

In any one of these scenarios, the overvalued stock market would plunge. But there’s a way for you to generate steady profits, regardless of political risks and market gyrations.

When a call comes up on the calendar, Linda sends an alert to her subscribers with all the data they need: the exact date and time of the call, the number to dial, how to trade the data, and when to sell for profits.

The next call is quickly coming up; we’d hate for you to be left behind. Click here now for all the details.