Trump’s Border Tax: A Hidden Blessing For This Retail Stock

Donald Trump craves a win. After a string of failures in the courts and on Capitol Hill, he’s trying to salvage the reputation in the history books of his first 100 days. He’s now setting his sights on tax reform, but a sweeping bill cobbled together in haste could incur another humiliating defeat like Trumpcare.

It’s increasingly likely that Trump will instead limit his efforts to the more narrowly focused goal of a “border adjustment tax,” which stands a fair chance of attracting far-right Republicans and moderate Democrats. If this scenario occurs, already beaten-down retail stocks are likely to plunge even further — and therein exists an opportunity for contrarian investors. Below, I pinpoint a stock that’s a well-timed play on this dynamic.

In its current form in the House, a border adjustment tax would impose a flat 20% on all imports, thereby dissuading companies (in theory) from moving factories and jobs beyond U.S. borders. As Trump recently tweeted: “Make in U.S.A or pay big border tax!”

Problem is, the tax also would clobber U.S.-based companies that must import their wares because there are no American-made alternatives. 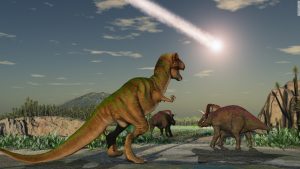 The advent of e-commerce innovator Amazon (NSDQ: AMZN) was akin to an asteroid smashing into the retail landscape, triggering the extinction of once-dominant dinosaurs. Merciless natural selection was on display again in the first quarter, as weak operating results dragged down the biggest names in retailing.

Fears of a border tax are exacerbating the retail sector’s woes. However, Jim Pearce, chief investment strategist of Personal Finance, asserts that the looming prospect of a border tax is creating unrealistic investor assumptions about retail stocks that clear-headed investors can exploit:

“The stock market is assuming that the border adjustment tax will happen, judging by the pounding many retail stocks have taken recently…

The truth is we know little about how a border adjustment tax might affect the future earnings of retailers. Consumers may grumble over higher prices but continue spending the same amount of money. Then there’s the political reality that such a tax may never gain enough congressional support to become law.”

The consequence is that unfairly beaten down retail stocks are smart plays now, if you pick the right ones. Here’s my favorite, which tends to get short shrift in the financial press: Ross Stores (NSDQ: ROST).

Survival of the fittest…

Ross is a “traditional” retail stock that’s now a solid growth play in a troubled sector. While many of its peers fall behind in the Darwinian retail struggle, this clothing purveyor adapts, survives and thrives.

As a deep discount clothing retailer, Ross benefits from economic recovery but also provides a buffer against shocks such as, say, a banking meltdown in China, another defection from the European Union, or military misadventures launched by President Trump.

This discount chain sells branded apparel that’s discounted anywhere between 20% to 60% off retail prices, which makes its offerings enticing for consumers who want to open their wallets but remain fearful about the future.

Many analysts are calling for a stock market correction and economic downturn in 2017, but California-based Ross is a proven survivor of hard times. During the 17-month nadir of the Great Recession, from October 9, 2007 to March 5, 2009, the S&P 500 plunged 56.4% but discount stalwart Ross actually gained 9.5%. How’s that for bear market protection? 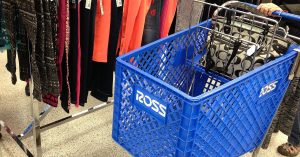 Ross employs more than 500 clothing buyers with multi-year experience in retail procurement, situated in fashion centers such as Manhattan and Los Angeles.

These seasoned intermediaries apply a discriminating fashion eye for trends and leverage their long-standing relationships with about 8,000 clothing vendors. The result is a satisfying customer experience: in-style clothing that’s high quality but very inexpensive.

The average analyst expectation is that Ross’s year-over-year earnings growth will reach 9.6% in the current quarter, 9.9% next quarter, 11.3% in the current fiscal year, 9.5% next year, and 11% over the next five years (on an annualized basis).

Jim Pearce, who also serves as chief of portfolio strategy for Investing Daily, makes the case for selective stock picks in the retail sector:

“As the debate over the border adjustment tax picks up in the coming weeks, retail stock prices could fall further once the tax’s effect on stores stocking their shelves with foreign-made clothes, furniture and electronics becomes known. If so, then some of those companies…will become oversold.”

I’m betting that Ross Stores becomes one of those companies.

Got a question, idea or comment? Don’t hold back! Give me your best shot: mailbag@investingdaily.com. — John Persinos 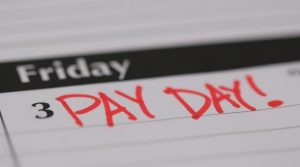 Jim Fink, chief investment analyst of Options For Income, has devised a way to make money that’s so reliable, it’s like an extra weekly paycheck.

By observing the behavior of traders in the famed Chicago futures pits, Jim put together a system that cranks out profits once a week.

Jim became a millionaire trading this way and for a limited time, he’s offering his proprietary trading system to you. These “paychecks” can range in value from $1,150 to $2,800, but generally average out to $1,692.50.

Want to know more? This presentation gives you all the details.