Warren Buffett and the Power of LUV

It’s never good for shareholders when their company becomes the butt of Internet memes and late-night comedians’ jokes.

Thus was the fate of United Continental Holdings (NYSE: UAL) last week, after the media disseminated video of a beaten and bloodied passenger being brutally hauled off a United flight by police officers in Chicago. The innocent passenger, who suffered a concussion and lost two teeth, was merely objecting to being bumped from an overbooked flight.

Jimmy Kimmel Live! arguably provided the most pointed satire, with a parody commercial for United that proclaimed: “Give us a problem, and we’ll drag your ass off the plane.”

It gets worse. The same day that the man was dragged off a plane, a man on another United flight was stung by a scorpion. In the wake of these twin incidents, UAL stock plunged about 4%, wiping out nearly $1 billion of the company’s value.

UAL’s woes are a reminder that airlines are notorious for giving headaches to shareholders, employees and passengers alike. Fuel costs are high, profit margins are thin, labor can be burdensome, and a PR disaster with the flying public lurks around every corner. Indeed, for years “super investor” Warren Buffett decried airline stocks as lousy investments and he avoided them.

So why the heck did Buffett recently change his mind and invest $5 billion in airline stocks? I examine the reasons and also highlight one of my favorite airline stocks now: Southwest (NYSE: LUV). 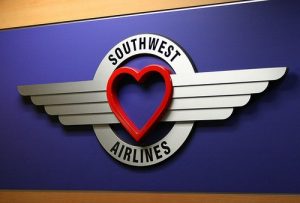 Many on Wall Street were stunned to discover that Buffett’s Berkshire Hathaway (NYSE: BRK-A) in the fourth quarter of 2016 made a major bet on airline stocks. Berkshire invested $2.1 billion in American Airlines (NSDQ: AAL), $2.2 billion in United Continental Holdings, $2.4 billion in Southwest, and $3 billion in Delta Air Lines (NYSE: DAL).

Buffett isn’t the only one who’s high on airlines. Jim Pearce, chief investment strategist of Personal Finance, added Delta Air Lines to the PF Growth Portfolio as far back as February 12, 2014. Since then, Delta has generated a total return of nearly 47%. DAL in recent days has spiked on strong quarterly operating results, bucking the industry’s downward trend since the United fiasco.

Do Warren Buffett and Jim Pearce know something the market doesn’t? To get a window into their thinking, I’ve decided to spotlight Southwest, which is scheduled to release its first-quarter 2017 operating results on Friday, April 27. If you care to emulate Buffett’s and Pearce’s lead and gain exposure to the highly promising airline sector, Southwest is an enticing choice in addition to Delta.

The average analyst projection is that Southwest’s earnings per share (EPS) will come in at 63 cents, a dip from EPS of 88 cents in the year-ago quarter. The major factor for the projected EPS decline is higher oil prices, which hits all transportation companies.

However, Southwest benefits from several tailwinds that you should keep in mind. Analysts, on average, expect LUV’s year-over-year earnings growth to come in at 21.6% next year and 10.6% over the next five years on an annualized basis.

Southwest’s trailing 12-month price-to-earnings (P/E) ratio is 15, a modest premium to the airline industry’s average trailing P/E of 10.9. LUV’s growth prospects make the extra price worth it. (If you’re looking for a bargain, consider Delta which trades at a trailing P/E of 7.6.)

The aviation industry is enjoying a global resurgence, as continued economic growth and rising consumer confidence in the U.S. spur travel and tourism. At the same time, a rising middle class in emerging markets is demanding “the good life” that it sees in the West and part of this conspicuous consumption includes tourism.

Booming travel demand in regions such as Asia will continue this year, regardless of the vacillating fortunes of specific national economies or occasional hiccups among U.S. economic indicators.

With a market cap of $32.8 billion, Southwest Airlines is the country’s largest carrier in terms of originating domestic passengers boarded. Southwest controls lucrative, well-traveled routes and enjoys resilient brand loyalty. The airline also has been expanding its international footprint.

After fuel, labor is the most expensive cost for airlines. Carriers have historically grappled with restive labor unions, putting pressure on already thin profit margins. However, Southwest appears to be on the verge of making peace with a crucial part of its unionized workforce, which is a huge plus.

Southwest announced this month that the carrier and the International Brotherhood of Teamsters, the union that represents Southwest’s “material specialists,” have finalized the wording from a tentative agreement reached in early March. The collective bargaining agreement covers more than 300 material specialists that deliver, store and stock aircraft parts. The contract now goes to union members for a vote; a date is yet to be scheduled.

Back in November, Southwest inked an even bigger union contract with its 8,400-member Southwest Pilots’ Association, under which pilot pay would increase by 30% by 2020. In return, Southwest was able to put an end to a protracted and acrimonious union conflict and obtain greater flexibility to expedite the carrier’s plans for international expansion.

Consider Southwest shares now, before the investment crowd realizes that airlines are being unfairly punished for United’s misdeeds.  I’ll also keep you posted on Jim Pearce’s latest views on Delta, which remains a buy in the Growth Portfolio.

Got a comment or question? Send me an email: mailbag@investingdaily.com — John Persinos

Schedule your next flight to profits… 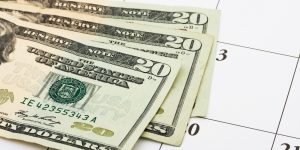 Jim Fink, chief investment strategist of Options For Income, has devised a trading system that generates steady income during this time of investment turbulence.

Jim’s proprietary investment strategy cranks out a big gain every Thursday, like a scheduled flight that you can mark on your calendar. He made himself a millionaire with this trading system and now he wants to share it with you.

Think of these weekly gains as an extra paycheck that you can always count on.

As Jim puts it: “I schedule each trade ahead of time and the exact amount I make will be determined by each trading situation. I’m obviously always trying to make as much as I can, as long as it doesn’t compromise safety.

I’ve produced winners 85% of the time, so this has been a very reliable strategy over the years.”

Want to sign up for your weekly paycheck? Learn all the details by clicking here.