For guidance in answering reader letters, I turn to an improbable source: Dr. Sigmund Freud. The father of psychoanalysis once wrote:

“I consider it a good rule for letter-writing to leave unmentioned what the recipient already knows, and instead tell him something new.”

When writing the weekly mailbag, I strive for the same goal. Instead of rehashing the obvious boilerplate that you could easily find via a Google search, I emphasize interpretive analysis that’s fresh and original.

Freud’s advice is well taken. But rather than delving into your subconscious, let’s delve into this week’s mailbag.

High income from oil and gas… 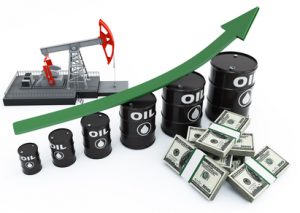 VOC Energy Trust (NYSE: VOC) doesn’t get much press coverage; I’m glad you asked. I think VOC is a tremendous income generator. With a market cap of $81.09 million and based in Austin, Texas, VOC acquires and holds interests in oil and natural gas properties in Kansas and Texas, with an 80% interest of the net proceeds on the underlying properties.

Under an oil and gas trust, investors receive periodic royalty payments from the sale of oil and gas from a set of underlying properties. VOC’s underlying properties are high quality and prolific, comprising 496.6 net producing wells and 55,851.6 net acres. Proved reserves come to 3.2 million barrels of oil equivalent (MMBoe) in Kansas, and 5.1 MMBoe in Texas.

VOC’s dividend yield is a hefty 7.68% and the stock has been on a roll, rising 50% year to date. That represents an appealing total return package, but VOC is vulnerable to the fluctuation of oil and gas prices and uncertainties in well production.

Another positive factor in VOC’s favor is its bargain valuation, despite its recent run-up. The stock sports a price-to-book ratio of 0.9, compared to 1.9 for its peers and 3.0 for the S&P 500.

The follies of the Fed… 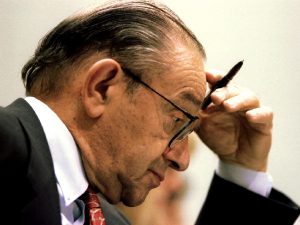 “You keep telling us that stocks are overvalued, but average corporate earnings projections for the S&P 500 are pretty solid. Won’t growth be sufficient to keep stocks afloat?” — Richard C.

Richard, let’s hop into the “way back machine” and set the controls for the year 2000, when Federal Reserve Chairman Alan Greenspan made this pronouncement:

Yeah. Sure. Right. Instead of going up and up and up, as Greenspan predicted, the market that year fell and fell and fell. And then fell some more. In fact, his expectations turned out to be so wrong, he later admitted that his essential beliefs about the market, patterned after the laissez-faire philosophies of Ayn Rand and Adam Smith, were shaken to the core. It was a startling admission for a powerful man once seen as virtually infallible.

Whether the market is overvalued depends on whether today’s projected earnings growth will materialize. Many bullish strategists are predicting double-digit percentage growth in earnings for the second half of 2017. But I’m always leery of earnings projections, especially in fraught times such as these when hope exceeds realities and risks proliferate.

The forward 12-month price-to-earnings ratio (P/E) for the S&P 500 is 17.4, which is above the five-year average (15.1) and the 10-year average (14.0). Meanwhile, Wall Street is counting on President Trump to meet most of his pro-business promises, which increasingly seems unlikely.

“My conclusion is that the stock market has become overvalued, but not to the point that a crash is inevitable. I expect a correction this year in the 10% – 20% range.”

“The stock market’s valuation looks stretched. Using price to earnings to growth ratios (PEG), the S&P 500 is trading at a PEG of 19 with earnings growth of only 10%. I see this every day, as it becomes increasingly difficult to find stocks to buy that are trading at reasonable valuations.”

“The S&P 500 has risen in value for eight consecutive calendar years, tying with the winning streak of the 1980s (1982-1989) and one year shy of the longest stretch (1991-1999). So the U.S. stock market is due for a down year. The first year of a presidential term is typically the weakest for stocks as the reality of governing trumps the optimism of campaign promises.”

The takeaway: Hedge your portfolio with precious metals such as gold and silver; trim your exposure to growth stocks; and don’t indiscriminately pile into “hot” sectors. Examine fundamentals and stick to quality.

Belly up to the bar…

“Summer is around the corner. What’s a good seasonal investment that leverages consumer consumption patterns during the summer months?” — David M.

In a word: beer! If you’re looking to invest in a recession-resistant company that makes a quality product that people crave year round and not just in the summer, you can’t do much better than Boston Beer (NYSE: SAM).

As Benjamin Franklin once said: “Beer is proof that God loves us and wants us to be happy.” Americans have consistently chugged beer since Founding Fathers Franklin and Sam Adams fought the British. The eponymous Sam Adams brand beer, flagship beverage of Boston Beer, commands tremendous consumer loyalty and is considered the progenitor of the funky “microbrew” labels now beloved by beer snobs everywhere.

As the summer beer-drinking season heats up, I view Boston Beer as a value play in an overbought market.

To be sure, Boston Beer’s sales have been shrinking as new “small batch” breweries sprout up around the country like mushrooms in the rain. The stock is down roughly 18% year to date, but that spells a buying opportunity for you.

The company has beefed up its marketing efforts and set the table for a strong summer. With a market valuation of $1.7 billion, small-cap SAM boasts scale, brand loyalty, brewing expertise, and financial wherewithal.

Based in a historic quarter of Boston, the company is the country’s largest independent brewer and boasts years of brewing and marketing expertise. When entrepreneur and company CEO Jim Koch founded the company on 1984, there was no craft beer movement in the country.

Now, idiosyncratic beer labels are a craze that global behemoths as well as tiny start-ups are eager to exploit. But many of the thinly capitalized Johnny-come-lately brewers are destined to go bust, while the giant brewers create ersatz craft beers that many beer connoisseurs shun.

The average analyst expectation is that Boston Beer will rack up year-over-year earnings growth of 9.4% next year, and 13.4% over the next five years on an annualized basis. And yet the trailing P/E is only 20.5, compared to 40.3 for its industry. SAM should slake your thirst for a bargain growth stock.

Got any questions or comments? Drop me a line: mailbag@investingdaily.com — John Persinos

This tiny tech stock is set to soar… 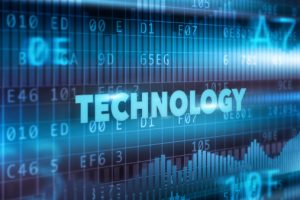 There’s an obscure technology small-cap positioned for market-beating gains, but it rarely gets mentioned in the financial press. With shares trading at about $4, the company is ignored by Wall Street analysts.

However, the stock is about to go parabolic.

This entrepreneurial firm has designed a device that allows the industries that use it to multiply every $1.21 they collect into $1.60. This company gets a slice of the profits every time one of its devices is deployed.

The company is about to make a game-changing announcement that will garner enormous investor interest, which would wreck your chances of investing early while shares are still cheap.