It’s time to give the “gold bugs” their due.

In this newsletter in recent weeks, I’ve been recommending various gold-backed exchange-traded funds (ETFs) and gold miners. In response, I regularly get letters (sometimes heated ones) from the hard-money crowd, who think of paper dollars as worthless “fiat money” and physical gold as “real money.” These yellow-metal zealots don’t even trust gold ETFs or miners; they insist on the tangible asset.

As one reader writes:

“Gold ETFs can be good investments, but they confer many risks. For example, you must rely on a counterparty to make good on your investment. If the fund’s management, structure or chain of custody break down during a crisis, your money is at risk.” — Thomas H.

The chances of those events occurring are scant, but Tom raises an interesting point. The major motivation for owning gold is protection from risk, but a gold ETF or mining stock is part of the financial system you’re trying to hedge against.

While I don’t consider myself a gold bug, today’s worsening dangers make it worth considering the purchase of physical bullion. Below, I examine convenient ways to purchase the Midas Metal. As an alternative, I also highlight an under-the-radar gold play that could be poised for outsized potential. 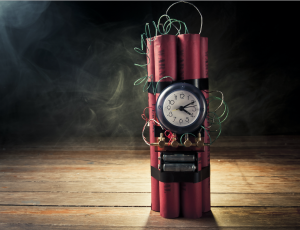 The newspaper sitting in the driveway every morning is starting to resemble a ticking bomb. What explosive headline will confront you today? Face it: the dust will never settle during a Trump administration. And when uncertainty rules the news cycle, investors flee to the safe haven of gold.

This issue, I focus on the advantages of owning bullion. Why physical gold? Here are three key reasons:

1) The yellow metal maintains its intrinsic value despite a government’s ability to back its currency. If your country’s currency implodes and becomes worthless, you’ll still be able to spend your physical gold.

2) Gold is universally accepted around the world, without the need to convert it into the local currency. It can be bartered anyplace at anytime.

3) If there’s ever an economic crisis and banks freeze individual accounts, a physical gold investment can always be accessed.

The Trump era is undeniably turbulent, with a stock market correction and perhaps economic recession looming in the wings. Gold will be responsive this year to the ubiquitous threat of terrorism, right-wing nationalism and continued disarray in Washington, DC.

The conditions that are favorable for gold will prove fatal for overvalued stocks that are looking for a trigger to tumble. Gold also is a time-tested hedge against inflation, which is showing signs of new life.

The yellow metal is proven protection against crises. During the Great Recession of 2007-09, the worst economic downturn since the 1930s, gold prices rallied from $840 per ounce at the end of 2007 to over $1,200 by the end of 2008, even though inflation over this period stayed in check.

Remember, diversification is crucial to any investment strategy. As a fraught 2017 unfolds, consider re-balancing your portfolio to accommodate the likely economic, business and market volatility ahead. You can hedge your bets, with physical bullion.

Camino Coin Based in Burlingame, California, Camino has been in business for more than a century.

David Hall Rare Coins Based in Newport Beach, California and in business since 1977, DHRC deals in gem-quality coins, including gold rarities. The firm can assist you in building collections that make an enjoyable hobby.

Kitco With offices in New York, Montreal, and Hong Kong, this Canada-based company buys and sells precious metals such as gold, copper and silver. It also operates a website for gold news, commentary and market information. 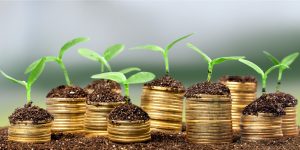 I’ve recommended gold mining stocks in recent issues, such as Goldcorp (NYSE: GG), a low-cost producer with a solid balance sheet. But there’s an interesting gold play in the news that bears attention.

The ancient Chinese philosopher Lao Tzu said: “To see things in the seed, that is genius.”

Which brings me to Dataram (NSDQ: DRAM), a relatively small maker of IT memory systems. This New Jersey-based company is on the verge of acquiring Nevada-based U.S. Gold Corp., as part of its strategy for diversification and organic growth through acquisition. If the Gold Corp. acquisition pans out, as appears likely, Dataram’s share price is likely to soar.

Dataram’s management announced on April 6 that shareholders had approved the merger, which is expected to close in 60-90 days.

His work also led to the consolidation of lucrative discoveries when he was at Gold Standard Ventures (NYSE: GSV), which engages in the acquisition and exploration of gold-bearing mineral resource properties in Nevada. Over the past two years, GSV stock has soared more than 270%.

Gold Standard Ventures’ market capitalization now stands at $396.48 million; the development of the projects that account for most of this valuation was spearheaded by Mathewson during his tenure with GSV.

If Mathewson is successful in his endeavors for Dataram (and his track record suggests he will be), the potential upside for DRAM shares is huge. If you’re an aggressive investor with a strong appetite for risk, DRAM could reward you with a big payoff in an overvalued market where big payoffs are increasingly scarce.

If you’re risk-averse and nervous about this shaky stock market, consider two of my previous gold recommendations, which provide safer exposure to gold: the SPDR Gold Shares ETF (NYSE: GLD), with net assets of $33.3 billion, and junior miner Goldcorp, with a market cap of $12.5 billion.

Got any questions or comments? Gold is a hot-button topic that typically triggers a lot of mail; I expect to hear from many of you. Send me a letter: mailbag@investingdaily.com — John Persinos

This tiny tech stock is about to soar… 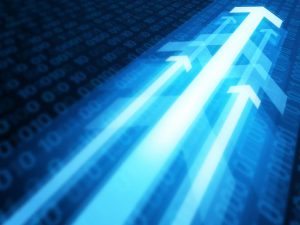 If you’re looking for another small stock that’s about to make a big noise, consider this technology innovator uncovered by the analysts at Breakthrough Tech Profits.

The time to invest in an innovative company is early, when no one has heard of it. Nascent-stage firms with unique products are the ones that will make you rich. Trouble is, how do you find them?

We’ve done the homework for you. Our tech-savvy team of strategists have pinpointed an obscure stock that’s trading at only $4 a share, but not for long. The company makes a mission-critical product based on proprietary technology that its customers can’t do without.

The firm’s management is about to make an important announcement, and when they do, shares will probably shoot skyward. Learn the details now, before it’s too late to buy shares at a low price. Click here for our presentation.