Technological capability isn’t synonymous with meaningful substance. Sure, it’s impressive that an Investing Daily reader in, say, New Zealand can instantaneously communicate with me in northern Maryland, but does he have anything worthwhile to say?

Techno-skeptic Henry David Thoreau provides perspective. In 1854, the American essayist and naturalist wrote the following about the technological marvels of the 19th century:

“Our inventions are wont to be pretty toys, which distract our attention from serious things… We are in great haste to construct a magnetic telegraph from Maine to Texas, but Maine and Texas, it may be, have nothing important to communicate.”

Thankfully, my far-flung readers usually have something important to communicate. Let’s see what’s on their minds. 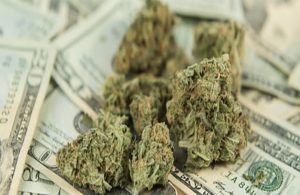 I get a disproportionately high volume of mail about the marijuana industry. Investors are fascinated with the moneymaking potential of recreational and medicinal Mary Jane. One reader asks:

“I’m very interested in pot stocks, but most are too risky. Can you recommend a small-cap marijuana company that’s actually stable?” — David C.

You’re right to be wary of tiny marijuana stocks. Fast-rising “canna-business” is rife with opportunities, but you must pick wisely.

One small-cap stock that I like now is 22nd Century Group (NYSE: XXII), a plant biotechnology company that is focused on tobacco harm reduction and cannabis research.

22nd Century scientists are now designing so-called enabling tools that facilitate the targeted manipulation of cannabinoid production in the cannabis plant, with the goal of creating industrial hemp plants with altered levels of cannabinoids for new medical treatments and enhanced agricultural applications.

22nd Century emphasizes genetic engineering and plant breeding. Among its most important initiatives is the development of a new strain of hemp completely devoid of THC, the main psychoactive compound found in cannabis. It’s THC that gets you “high” and earns marijuana its federal ban.

In addition to applications in the health services field, a plant without THC would have big consequences for unfairly maligned hemp, a sustainable and highly useful basic material that has been illegal in the U.S. since 1970.

This biotech firm is genetically engineering tobacco plants to contain 97% less nicotine than conventional strains, as well as a strain high in nicotine that provides the lowest tar-to-nicotine ratio in the cigarette industry.

22nd Century’s peers tend to be loaded with debt, but this company boasts a low total debt-to-equity ratio (most recent quarter) of 1.26. The average analyst expectation is that 22nd Century’s year-over-year earnings growth will reach 25% in the current quarter, 25% next quarter, 33.3% this year, and 10% next year. Those are solid, encouraging numbers in a volatile and still risky industry. 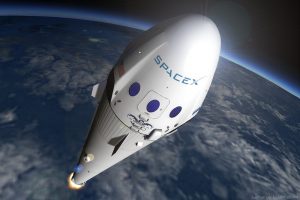 Another hot investment area is space exploration. As NASA continues to suffer budget cutbacks, the task of exploring (and exploiting) space has fallen to visionary entrepreneurs.

A reader asks about the space endeavors of billionaire Elon Musk and how to profit from them:

“Tesla-founder Elon Musk is reaching for the stars with his SpaceX, but it’s a privately held company. How can I make money off the renaissance in space activity?” — Phillip D.

Phil, you’ve heard of picks-and-shovels plays? That’s the angle you should take with space exploration. Along those lines, I like composite maker Hexcel (NYSE: HXL).

A pioneer in the manufacture of high-performance materials, Hexcel made the composite footpads on the Apollo 11 lunar module, as well as components for the Mercury and Gemini space programs. Hexcel continues to dominate the composites market and is positioned to ride the accelerating shift toward these super-tough materials in a wide range of industries.

Hexcel’s composites are mission-critical for SpaceX and other aerospace customers. The consensus of analysts who follow HXL project that the company will generate year-over-year earnings growth of 15.4% next year, and 10.4% over the next five years on an annualized basis. 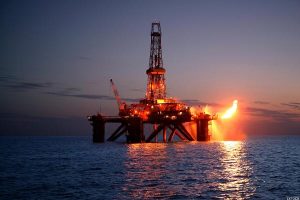 The consensus among our analysts is that a stock market correction is in the cards, probably in 2017. Many stocks will weather the impending storm and eventually rebound — call it survival of the fittest. But the weakest stocks will get dragged down the hardest; some may never get off the ropes.

Which brings me to oilfield services and this letter from a reader:

“Your analysts are calling for a market correction, but I like the energy sector because oil prices continue to rise. Oilfield services firms seem to be bargains now. What are your thoughts?” — Laura K.

The oil recovery appears to enjoy sustainable momentum. The U.S. benchmark West Texas Intermediate and the international benchmark Brent North Sea Crude both hover at about $50 per barrel. That level is certainly better than the lows of the mid-$20s in February 2016, but still about 55% lower than oil’s highs reached in mid-2014.

During those “go-go” days three years ago, many energy companies piled on debt to expand. Banks were only too happy to comply. Now, scores of companies in the energy patch face bankruptcy and many banks are struggling with toxic loans on their balance sheets.

Got a question? I’m easy to reach: mailbag@investingdaily.com — John Persinos

Is this stock the next Apple? 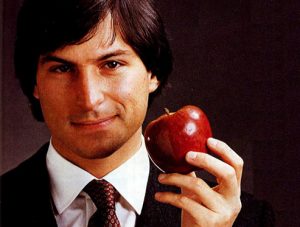 Imagine investing in a tiny, obscure stock that’s toiling in the technology vineyards and on the verge of a massive breakout. That’s how early investors in Apple (NSDQ: AAPL) became millionaires.

That’s why the strategists at Breakthrough Tech Profits tirelessly scour the investment landscape looking for little-known tech stocks that are poised to soar.

Well, they’ve just found one. This Pennsylvania-based company has developed a proprietary device so ingenious that it instantly multiplies every $1.21 its customers collect into $1.60.

The tiny company gets a cut of the money every time, as if it were a toll collector. That may not seem like a lot of money to you, until you realize that the firm is positioned to collect this “toll” 330 million times this year.