It’s time for another one of my snap quizzes. Without using Google or peeking, identify the person who made this statement:

“Federal and state laws (should) be changed to no longer make it a crime to possess marijuana for private use.”

Cue the theme from Jeopardy. Give up?

It was President Richard M. Nixon. Old “Tricky Dick” may have been a conservative Republican, but the freewheeling era during which he occupied the White House sometimes prompted him to embrace unlikely causes.

Fast-forward by roughly half a century, and today marijuana has transitioned from hippie rebellion to Wall Street darling. It’s still outlawed at the federal level, but increasing numbers of states are legalizing pot for medicinal as well as recreational use.

Don’t get us wrong: we’re not advocating one policy position over another. We’re not fans of war, for example, yet we’ve recently recommended certain defense stocks to take advantage of the Trump defense boom. And although we’re not necessarily fans of marijuana, Job One at Investing Daily is to pinpoint the best investment opportunities.

The legal cannabis market in the U.S. was worth an estimated $6.6 billion in annual sales in 2016, and it’s projected to grow at a compound annual growth rate of 16% to reach more than $24 billion by 2025, according to a recent report from research firm New Frontier Data. These figures don’t include assumptions for additional states that may yet pass legalization measures before 2025 (and several more are lining up to do so).

The result has been a “green rush” of investors and venture capitalists eager to reap profits from the rise of canna-businesses.

Perhaps that’s why Congress this week refused to give U.S. Attorney General Jeff Sessions any funding to fight state laws to legalize marijuana. The former GOP senator from Alabama and now the nation’s top law enforcement official has made it abundantly clear that he views marijuana as a public scourge.

A bipartisan group of House Democrats and Republicans this week agreed to a $1.1 trillion federal budget to avert a government shutdown. However, while lawmakers voted for $12.5 billion in new defense spending, there was zero money for Sessions to go after states that have legalized medical or recreational marijuana. (For an aerospace/defense play that should greatly benefit from the newly approved federal spending plan, see my April 6 issue: The Ultimate “Trump Stock” to Own Now.)

In the weeds about pot stocks… 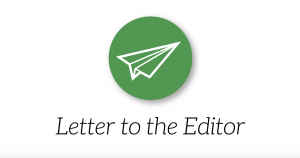 Questions about marijuana investment dominate the Investing Daily Mailbag like no other topic. A reader sent me this email on May 3:

“I really enjoy reading your newsletter. Question: I’m very interested in the investment potential of marijuana stocks, but doesn’t the Trump administration pose a threat to the industry? I’ve read that Attorney General Jeff Sessions has declared war on pot. Should I stay away for now?” — Alex Z.

It’s true that scores of marijuana investors are flocking for the exits, because the president’s new attorney general vehemently condemns marijuana normalization. But the negative investor sentiment is way overblown. Keep in mind, states that have legalized marijuana are increasingly dependent on the tax revenue, which is proving a bonanza for cash-strapped treasuries. Congress understands this reality.

Here’s a pot stock on an accelerating upward trajectory: 22nd Century Group (NYSE: XXII), a small-cap biotech that genetically re-engineers marijuana as well as tobacco plants for end uses that are perceived as socially valuable.

A different kind of biotech… 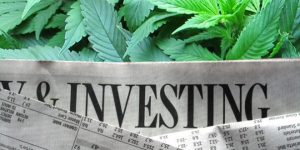 22nd Century’s THC-free marijuana is in demand among farmers, medical scientists, and agricultural programs. The company’s researchers are now creating “enabling tools” that expedite the bio-engineering of cannabinoid production in the cannabis plant, with the aim of designing new strains of industrial hemp plants with reduced levels of cannabinoids for new drug treatments and agricultural applications.

Among the company’s key initiatives is the development of a new strain of hemp containing zero THC, the main psychoactive compound found in cannabis. THC produces the “high” in the brain that earns marijuana its federal ban.

On May 1, 22nd Century announced that the U.S. Food and Drug Administration had granted the company authorization to conduct a clinical trial studying the company’s “Brand B” low tar-to-nicotine ratio cigarettes.

The marijuana industry is mostly comprised of smaller players that are burdened with debt and weak (or nonexistent) earnings growth. 22nd Century, however, boasts the balance sheet strength and earnings momentum that should help it weather the sector’s inevitable shakeout.

The company sports a low total debt-to-equity ratio (most recent quarter) of 1.26. The average analyst expectation is that 22nd Century’s year-over-year earnings growth will reach 25% in the current quarter, 25% next quarter, 33.3% this year, and 10% next year.

Keep those letters coming. You can reach me at: mailbag@investingdaily.com — John Persinos 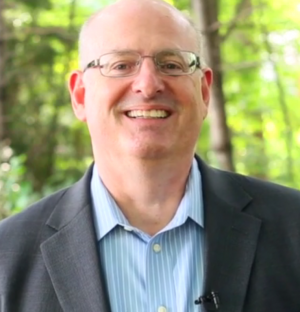 Our in-house investment guru Jim Fink requested that I pass along this message from him:

You might be tempted to ask: What’s Jim smoking? But he’s deadly serious. Jim made this challenge when he first launched his top-tier trading service, Velocity Trader. He already has followed through.

Jim has put together a proprietary trading system that quickly and predictably multiplies the gains of ordinary stocks. By following just a few simple steps, his investment method allows you to take regular stock movements of 8%, 17%, or 34% and amplify them to generate profits of 100%, 300%, or even 800%.

As Jim explains: “Most of the investors who use my technique were complete beginners when they tried it for the first time… These investors are now able to fill their investment accounts, take nice vacations, and live with unabashed independence.”

Want to know how Jim builds wealth for his readers? Learn all the details by clicking here.