Successful investing takes perseverance, energy and savvy. The longer you work at it, hopefully the wiser (and wealthier) you become.

Knowing the fundamental tactics of investing is merely part of the equation. Most of us achieve our best only after years of hard-tested effort in the real world. Mark Twain got to the heart of the matter when he said: “The first half of my life I went to school, the second half of my life I got an education.”

No one can beat an experienced and focused mind, willing to apply new lessons. I’ve been a journalist and financial analyst for more than three decades and I continue to learn every day. Reading your letters is part of my never-ending educational experience.

For the latest insights I’ve gained from Investing Daily’s readers, let’s get to this week’s Mailbag. 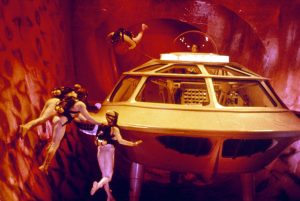 “Is there an ETF that is focused on medical technology equities?” — Ben W.

You’ve picked an exciting sector. The U.S. is by far the largest medical technology device market in the world, accounting for 43% of global sales. Market revenue in the U.S. hit $148 billion in 2016 and it’s expected to reach $155 billion by 2017.

Regardless of economic and financial uncertainties, medical device makers in recent years have consistently demonstrated adaptability and market-beating growth. Although not immune to cyclical forces in the broader economy, these innovators tend to be recession-resistant because of persistent demand.

One of the most promising leading-edge developments in medical device technology is the integration of miniature “nano-bots” with artificial intelligence, for medical applications that seem right out of the 1966 sci-fi movie Fantastic Voyage. For example, tiny radio frequency identification (RFID) tags the size of a grain of rice can be injected into the human body and tracked by physicians to gauge a host of ailments and bodily functions.

IHI has racked up a year-to-date total return of roughly 14%, with further gains likely as an aging population increasingly requires medical devices that are integrated with diagnosis, testing and treatment. 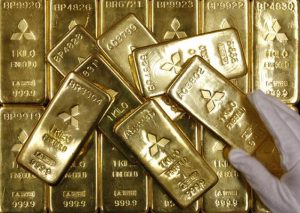 “Are there any gold producers that would be a good investment instead of buying physical bullion for $1,200 an ounce?” — Cedric M.

With a market cap of $12 billion, Goldcorp enjoys many advantages over its more volatile rivals, including production growth combined with low cash costs, a strong balance sheet, and operating jurisdictions that are politically safe.

The average analyst expectation is that GG’s year-over-year earnings growth will reach 16.1% this year, 38.9% next year, and 48% over the next five years on an annualized basis.

With a stock market correction probably waiting in the wings this year, it’s a shrewd move to hedge your portfolio with 5%-10% exposure to the yellow metal.

For more in-depth analysis of gold as an investment, consult my February 2 issue: The Midas Touch: Why Trump Is Good for Gold. 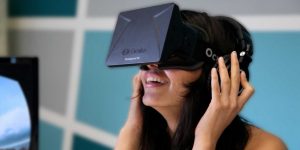 In my April 27 issue (The VR/AR Market: Worth $108 Billion… in Very Real Money), I recommended Himax Technologies (NSDQ: HIMX). Based in Taiwan, mid-cap Himax currently supplies, or is expected to supply, display circuits to the most popular brands in VR/AR reality headsets.

As VR/AR technology achieves new breakthroughs and its applications expand from games and entertainment to communication, manufacturing, education, and telemedicine, Himax’s entrenched position with its mega-cap customers puts it in the “sweet spot” for continued market dominance and earnings growth momentum.

The average analyst expectation is that Himax will rack up year-over-year earnings growth next year of 60.7%, and 25% over the next five years on an annualized basis. 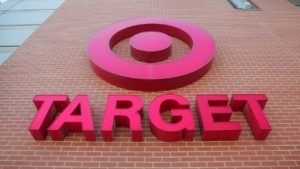 My colleague Jim Pearce, chief investment strategist of our flagship publication Personal Finance, shared with me a hard copy “snail mail” letter that he received from a reader, concerning his coverage in the April 12 PF of Big Box retailer Target (NYSE: TGT).

Jim wrote in his Target story: “Although some of Target’s institutional shareholders have already bailed, insiders know a good deal when they see one. Since the stock’s 20% drop, three of the company’s officers and directors bought more than $1 million worth of Target stock.

They probably don’t expect the share price to roar back to life overnight and neither do I. But look for its recovery to accelerate once it becomes clear that neither Amazon nor the border tax will be Target’s undoing.”

Here’s an excerpt of the letter that Jim got in response:

“There was no mention of the 1.5 million activists boycotting the stores due to their stance on transgender use of the women’s bathrooms. Target’s stock in April of 2016 was $83.98 and now a year after the boycott began their stock is down to $54.73…

You may be under the impression that the boycott has nothing to do with Target’s sales and stock being down. I believe it has made a difference. In my estimation the only hope for Target’s turnaround would be the installment of separate facilities for transgender shoppers or to overturn the decision to allow men to enter the ladies room. This is an open invitation for perverted individuals and a gateway for predators…” — Patricia W.

As Jim Carrey might say: “Alll-righty, then.” Care to weigh in on transgender shoppers or any other topic? Drop me a line: mailbag@investingdaily.com — John Persinos

The hidden signals of success…

Jim Fink, chief investment strategist of Velocity Trader, has developed a proprietary trading methodology that made him a multi-millionaire. Jim calls it the Velocity Profit Multiplier system. As he explains:

“After years of study and experimentation, I’ve discovered that every single stock sends out hidden signals before it moves, and my system tracks these signals to find profitable trade opportunities.”

By applying his Velocity Profit Multiplier, Jim has reaped a consistent bonanza for his readers. In less than a year, he racked up twenty-four triple-digit winners, along with more than thirty double-digit winners thrown in. Even better, his system turns around profitable trades in 60 days or less.