When Being a Distant Second Is Still Awesome

Even casual investors have likely heard of Alibaba (NYSE: BABA), Baidu (Nasdaq: BIDU), and even Tencent (OTCMKTS: TCEHY). Yet the name NetEase (Nasdaq: NTES) may not ring a bell. This company hasn’t garnered the same fanfare of some of its more famous Chinese brethren, but take a look at the chart below, which compares the performance of NTES versus BABA since the latter’s ballyhooed 2014 IPO. 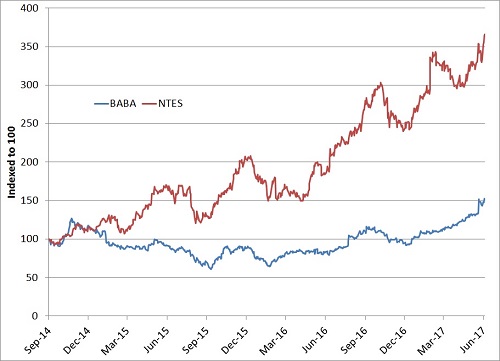 NetEase has been a leading electronic gaming company in China since the turn of the century, but it wasn’t until the revolution in mobile gaming that the share price took off for the skies. The company has more than quintupled its yearly revenues since 2011 while profits have more than tripled. Earnings haven’t grown as quickly as revenues because the company has strategically focused more on mobile gaming, which is a relatively lower-margin business compared to traditional PC gaming. This strategy makes sense because most Chinese internet users access the web via their mobile phones.

China’s gaming market has grown to an estimated $24.4 billion. It is one of the fastest growing industries in the country and there’s an ongoing shift toward mobile gaming. There is an estimated 521 million mobile gamers in China (more than the population of the U.S.). These numbers continue to climb. One Asian market research firm projects online gaming revenue to reach $35 billion by 2021, with mobile gaming revenue contributing 58 percent of that total.

Demographically, the typically the online gamer is a young male first- or second-tier city resident between the ages of 18 and 30 with secondary education. For many, online gaming is a way to escape from the stresses of daily life. Clearly indicated by gaming companies’ growing revenue, these young people are willing to pay for the entertainment.

Tencent and NetEase combined take up about 60 percent market share. At $4.2 billion in gaming revenues last year, NetEase is a distant Number Two to the utterly dominant Tencent ($10.2 billion), but its gaming revenues grew much faster—50 percent to Tencent’s 17 percent.

NetEase’s most popular offerings include Fantasy Westward Journey mobile, Ghost mobile, Onmyoji, Westward Journey Online mobile, Land of Glory, some of which are based on popular Chinese tales which add to their appeal to young people because they grew up hearing such stories. It also has signed multiple licensing agreements with Activision Blizzard (NASDAQ: ATVI), under which it is the sole distributor of games in China like World of Warcraft and Diablo III. In all, the company has more than 100 game titles in its portfolio.

Beyond its gaming business, NetEase is also the largest email provider in China with some 930 million users. It has an e-commerce unit and even has a subsidiary that owns pig farms, which focuses on raising black pigs, whose meat is regarded as a high-end delicacy. (Expect the pig business to eventually be spun off.)

First and foremost though, NetEase is a gaming company who should continue to see excellent growth for at least another two or three years before saturation becomes a concern. At a price-to-book (P/B) ratio of 7, NTES looks pricey but keep in mind that TCEHY’s P/B ratio is 12, although NetEase cannot match Tencent’s dominance in multiple mobile areas. On a forward-P/E basis, even after a fantastic rally, NTES still trades for a reasonable 19-times projected forward-twelve-month earnings thanks to sharply rising earnings expectations. For comparison purposes, TCEHY trades at 42-times forward earnings.

A hiccup in NetEase’s growth story—such as a disappointing quarter—would likely cause the share price to pull back some, but at a reasonable P/E, and a portfolio of proven popular games in a market with strong fundamentals, a price correction should grab the attention of investors seeking a buying opportunity. 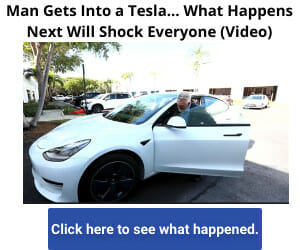