Retirement Tax Tactics That Will Outlast the Trump Era

Seems like just yesterday you were shuffling through paperwork and filing your tax returns. Well, I hate to ruin your mood, but it’s that time again.

Autumn is opportune for tax planning, especially if you live on retirement income. Below are proven tax reduction strategies for drawing-down retirement savings, to create steady income for the duration of your golden years.

Which begs the question: Should you worry about any tax changes wrought by the Trump administration and Congress? Not really. Any reform passed by lawmakers and signed by President Trump wouldn’t take immediate effect. And besides, as of this writing, the tax reform effort is a train wreck. Indeed, to call the latest proposals tax “reform” is highly misleading. They mostly boil down to vaguely defined tax cuts for businesses.

Genuine tax reform is desirable and long overdue. Whether you’re a Republican or Democrat, liberal or conservative, we all wish the tax code were simpler, fairer and less onerous. But part of my job is to separate wishful thinking from investment reality. Let’s take an unvarnished look at the latest tax shenanigans in the nation’s capital and what they mean for your retirement portfolio. 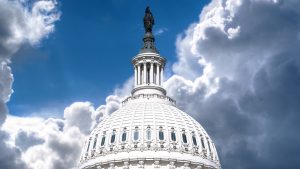 Trump is intensifying his personal lobbying to overhaul the tax code, a promise much coveted by Wall Street. After the Trumpcare debacle, Trump wants a “win” at all costs. One of the factors keeping this aging bull market alive is the chance of a tax cut, although those hopes are fading as politicians in Washington, DC continue to bicker.

Trump in recent days has been meeting with key Democrats, linking tax legislation to hurricane relief and using the media as a bully pulpit. On September 13, Trump urged Congress to “move fast,” but a bill hasn’t been written, the Republicans are deeply divided over the details, and partisan rancor makes compromise difficult.

The White House’s tax details have been written down, but so far, they fill a single page. The tax plan is more of a memo than an actual framework. What we do know is that Trump wants to slash individual tax rates by cutting the top rate from 39.6% to 35%; he also wants to reduce the number of total rates from seven to three.

For all businesses, his stated goal is to cut the top tax rate to 15%, far below the current top rates. Trump also has been insistent about eliminating the estate tax, which is imposed only on inheritances of more than $5 million. For Democrats, the estate tax proposal is a non-starter.

These broad-brush proposals leave many unanswered questions, especially in the wake of hurricanes Harvey and Irma and the multi-billion-dollar bill to address the damage. The GOP’s goal is to unveil a detailed tax plan during the week of September 25, but to veterans of America’s tax policy wars, this deadline is virtually impossible.

I’m one such veteran. When I was a young reporter on the metropolitan daily newspaper The Orlando (Florida) Sentinel, I closely covered the 1986 tax reform effort in Congress. Legislative giants such as the legendary Chicago pol Dan Rostenkowski (D-Illinois), then chairman of the House Ways and Means Committee, worked hard for several months with a highly organized Reagan White House to accomplish sweeping legislation that still guides the tax code to this day.

Precious few lawmakers of this stature and acumen are available in Washington today to shepherd a complex tax bill through a fractious Congress.

That’s why you should tune out today’s white noise over taxes and focus on these time-tested tactics that maximize income security and minimize tax liabilities. Certain “sacred cows” in the tax code that help individual savers and investors aren’t likely to get slaughtered this year; the following rules are among them.

For those who completely rely on Social Security, their benefits aren’t taxable. For the rest of us, Uncle Sam will extend his hand and insist on getting some of his benefit money back.

If you can afford it, you should delay claiming Social Security benefits. It’s a common mistake to start too early.

Every year you put off claiming Social Security translates into an annual hike in benefits of 7% to 8%. Try to withdraw from your 401(k), Individual Retirement Account (IRA), or other savings first before tapping Social Security. It’ll take discipline, but you can better leverage your Social Security payments if you wait.

Generally, up to half of your benefits will be taxed if you exceed the base amounts. 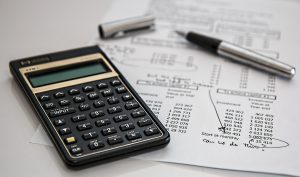 Retirees who sell taxable assets with substantial unrealized gains will forfeit the advantageous boost in cost basis that their heirs would have received. In such a case, drawing first from a traditional or Roth IRA confers larger tax savings for heirs.

Tapping a traditional IRA rather than a Roth is more desirable when a retiree’s tax bracket is lower than the beneficiary’s. Although the money in an IRA grows tax-free, contributions are taxed as ordinary income for you or your heirs.

The opposite is true for a Roth IRA, which you should tap first if your tax bracket is higher than the beneficiary’s. Savers fund Roths with taxable dollars, which means the money is tax-free for both you and your beneficiary, but that benefit is more valuable for the person in the higher tax bracket.

If you retire before age 59 ½, you should live on non-retirement plan savings, because early withdrawals from traditional IRAs and 401(k)s incur a 10% penalty in addition to being taxed as income. When you turn 59 ½, you should rely on traditional IRAs and 401(k)s in your lower-income years, preferably before Social Security or a pension comes into effect, and withdraw non-taxable savings from a Roth IRA for those years when your income is higher.

Beware of a scenario that often surprises unwitting retirees: hefty withdrawals from a traditional IRA or 401(k) can generate unintended tax liabilities by hiking your taxable income high enough to preclude your eligibility for other tax breaks that you’d ordinarily have coming to you.

When it comes time to sell your assets, a patient buy-and-hold strategy really pays off. If you’ve profited from the sale of an asset that you’ve held in your portfolio for longer than a year, you can pay a lower tax rate, because your gain is defined by the IRS as a long-term capital gain. However, if you sell before a year is up, the short-term capital gains rate applies, which is the same as your ordinary tax rate.