In the face of domestic political warfare and other assorted crises, Wall Street is saying: What, me worry?

The three major stock indices hit new highs on Tuesday, despite turmoil in the nation’s capital and threats of a market correction. The upshot: Don’t get knocked off course by the alarmist headlines. Stick to your long-term goals.

For many individual investors, trying to process the constant squabbling of our leaders is exhausting. As comedian Jon Stewart quipped about the Trump era: “The presidency is supposed to age the president, not the public.”

Trump’s public feud with U.S. Sen. Bob Corker (R-TN) grew worse on Tuesday, as they lobbed personal insults at each other via Twitter. Also on Tuesday, U.S. Sen. Jeff Flake (R-AZ) made a surprise announcement that he wouldn’t seek re-election. A Trump nemesis, Flake used the occasion to condemn the president. Trump also is engaged in a nasty battle with U.S. Sen. John McCain (R-AZ).

As Trump alienates more and more members of his own party, passage of the president’s pro-business agenda becomes less likely. And yet, investors don’t seem to care. They’re uttering a collective: Meh.

Wall Street now views Washington as an irrelevant distraction. Not even Trump’s tit-for-tat with nuclear-armed North Korea has rattled investors.

Third-quarter earnings have been strong, outweighing all other concerns. The positive numbers are “trumping” Trump.

To date, 17% of the companies in the S&P 500 have reported actual results for the third quarter of fiscal 2017. More companies (76%) are reporting actual earnings per share (EPS) above estimates compared to the five-year average.

The blended EPS growth rate as of this week for the third quarter is 1.7%. That’s lower than last week’s rate of 2.0%. The poor earnings report last Friday of General Electric (NYSE: GE) is mostly to blame.

GE aside, there has been plenty of good earnings news this season to lift investor spirits. Six sectors are reporting earnings growth, led by the energy and technology sectors. Energy prices have been trading in a narrow range in the mid-$50s per barrel but there’s no sign that crude will collapse again, as inventories tighten and demand stays robust.

On Tuesday, West Texas Intermediate (WTI) rose 1.10% to close at $52.47 per barrel. Brent North Sea crude rose 1.54% to close at $58.15/bbl. The differential between WTI and Brent benefits U.S. refiners that rely on domestic inputs and sell overseas.

Conditions are in place for continued appreciation in equities. Global growth is not only strong but “synchronized” across all regions. Developed and developing nations are expanding in tandem. In particular, Europe is showing remarkable economic resilience. Interest rates are rising but remain low. Inflation is in check and commodity prices are bouncing back.

Valuations are high but investors are intent to kick that can down the road. All eyes are fixed on the only data that seem to matter: third-quarter operating results. With the notable exception of GE, industrial stalwarts are reporting stellar results that bode well for the economy and share prices. These bellwethers need neither fiscal nor monetary favors to thrive. Customers are clamoring for their products and services, regardless.

Let’s do the numbers.

Materials maker exceeded estimates for earnings and revenue in the third quarter.

Maker of industrial and consumer products blew past Q3 projections.

Health insurer for the poor grapples with Obamacare uncertainties. 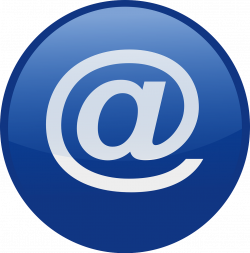 Every day, my email inbox is brimming with letters from readers seeking greater knowledge about the world of money. That’s what I try to give them. Here’s a recent query:

“I’m a senior citizen age 76 with pension money of about $400K. I want to invest for a regular income, so I can support my family. However, I am afraid that the market may be close to a correction. At my age, I can’t afford to lose what I have. How can I invest and still protect my principal amount?” — Indy C.

Indy, the best way to make money over the long haul is to buy the stocks of growing companies whose products and services are crucial to everyday life. This breed is exemplified by Tuesday’s big gainers. It’s even better if these companies are tapped into unstoppable trends.

Excessive valuations leave a shrinking margin of safety. This aging bull could soon stumble. Stick to high-quality stocks with inherent strengths that should hold them in good stead under a correction.

Pare back your allocation to growth stocks. Increase your stakes in hedges, such as stocks or funds with exposure to gold, real estate and agriculture. Inflation-­protected bonds also make sense.

Got any questions? Drop me a line: mailbag@investingdaily.com — John Persinos.

To help readers make money over the long haul, the strategists at Investing Daily scour the landscape looking for companies that are developing new disruptive technologies.

Imagine if you had possessed the foresight to invest in Apple (NSDQ: AAPL) during the personal computer revolution of the early 1980s. That’s how millionaires are born — looking for the next Western Union, or Apple. 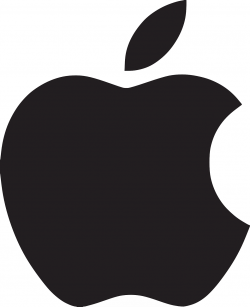 That 20,000% rise occurred during several U.S. presidents, wars and crises. Therein lies your lesson for today.