The Bull Market We Love to Hate Just Won’t Quit

In ancient Greek drama, a singing chorus in the background would warn of impending doom. The hero of the play would arrogantly ignore the warnings and meet an ugly fate.

On Wall Street, a similar chorus of doom has been chanting about this aging bull market. Stocks are overvalued! Geopolitical risks are rising! Earnings aren’t good enough! On Monday, investors again covered their ears.

Markets rose modestly on Monday, showing that this bull market still has momentum. With scant economic news on the docket, traders were encouraged by mega-deals and positive earnings reports.

Among the big potential mergers that fueled “animal spirits” on Monday is the one between rival chipmakers Qualcomm (NSDQ: QCOM) and Broadcom (NSDQ: AVGO). If Broadcom buys Qualcomm, it would be the world’s biggest ever takeover of a chipmaker.

Also under the spotlight Monday: Intel (NSDQ: INTC) and Advanced Micro Devices (NSDQ: AMD) agreed to partner on a PC chip, which will use an Intel processor and an AMD graphics unit. The move is a direct assault against fast-rising chipmaker NVIDIA (NSDQ: NVDA).

Meanwhile, companies continue to report solid third-quarter operating results. With more than 400 of S&P 500 companies having reported, earnings are expected to have risen 8% on a year-over-year basis. That beats expectations of a 5.9% rise at the beginning of October.

Crude oil rallied on Monday, as traders saw signs that supply-and-demand is rebalancing. The U.S. benchmark West Texas Intermediate rose $1.72 to close at $57.36 per barrel. Brent North Sea crude, on which international oils are priced, rose $2.20 to close at $64.27/bbl.

Chipmaker activity buoyed the tech-heavy Nasdaq. All three major indices ended the day in the green.

Oilfield services firm says it will repurchase $3 billion of its common stock. 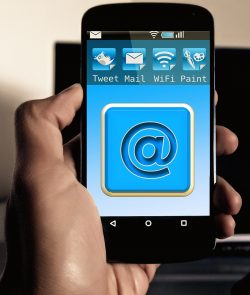 “I want to make sure that I’m allocating my investments properly. I have an IRA and a brokerage account. Should I consider both of these accounts as my portfolio? Or should I view them as separate?” — Jim M.

What’s right for you depends on your personal circumstances. We don’t provide personalized investment advice. But you’re right to focus on allocation. According to financial industry studies, more than 75% of portfolio performance is related to asset allocation.

Asset allocation is one of the most crucial decisions in investing. It’s the “template” for your investments; it governs the destiny of your wealth creation. First and foremost, you need to define your portfolio’s purpose.

Asset allocation is a continual process, not a one-time event. It is the process of selecting among disparate investment choices and combining them to achieve adequate returns while reducing volatility.

I’m not referring to market timing. A common misconception is that you must time the market to succeed with your investment goals. Not so. In fact, most investors who try to invest at “just the right time” do the opposite.

They buy when the market has increased and is all the talk around the water cooler, and they sell when the market falls due to adverse events. Make adjustments but do so sparingly, as your circumstances and goals evolve.

“IPOs are really taking off this year. What’s your take on this phenomenon?” — Matt S.

Fueling the spate of IPOs is the bull stock market and strengthening economic indicators, as well as investors who crave new places to put their money. It also helps that many of the firms that went public this year have outperformed the S&P 500.

However, not all IPOs are created equal and it’s easy to get burned. Sometimes the most anticipated stock market debuts end up being a waste of time and money.

Wall Street is littered with the bleached bones of former high-fliers; stocks in the Internet sector are particularly fragile. Buyer beware.

Got any feedback or questions? Drop me a line: mailbag@investingdaily.com — John Persinos 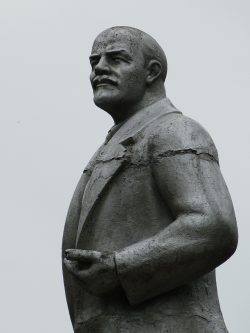 The Bolsheviks occupied government buildings and other strategic locations in the Russian capital of Petrograd (now St. Petersburg). Within two days, they formed a new government with Lenin as its leader.

The Soviet state proved even more repressive than the Czarist regime it had overthrown. In 1991, the once-mighty USSR collapsed. Statues of Soviet heroes such as Lenin were toppled.

The moral: The status quo is never safe, which means buy-and-hold investing doesn’t always pay off. Change is the only constant.

Number of the Day: 2.4 million

According to a recent report from the Radicati Group, a technology market research firm, the number of email users worldwide is 3.7 billion. The amount of emails sent per day is 269 billion. On an annualized basis, 74 trillion emails are sent per year.

That means 2.4 million emails are sent every second.

The takeaway: Don’t get paralyzed by data overload. Focus on the information that matters. Tune out the rest.

Yet another reminder that corporate bosses often say dumb things.