How to Invest When Markets Stop Making Sense

As I recently reviewed the weekly stock charts of my portfolio, the radio in the background started to play The Talking Heads. Chalk it up to being a college kid in the 1980s, but I’ve always loved that rock group. As David Byrne belted out their 1984 hit Stop Making Sense, the lyrics suddenly made, well, sense:

And here we go again in the stock market, with renewed volatility and declines.

The October sell-off in the market has been disconcerting. Unlike the swift and sharp reversals in stocks that occurred in January and March of this year, the recent pummeling of shares feels more extreme.

Those drops earlier in the year, each of which lasted about 10 trading days, pulled the S&P 500 down about 10% before buyers swept in for a quick rescue. This drop, which started on October 2 in the S&P but a few weeks earlier in the broader market (as measured by the Russell 2000), is not petering out.

Like the prizefighter who seems down for the count, but gets a second wind from a brief respite in his corner of the ring, sell orders have been swamping any bounce. Using either the S&P or the Russell, this sell-off has lasted much longer than the others, and this long duration could spell trouble. 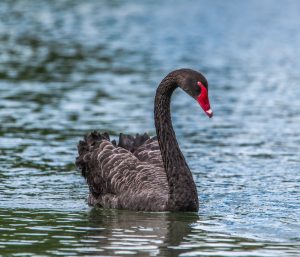 Unfortunately, investors are accustomed to external forces rescuing them when “black swan” events drive the market down.

For those of you old enough to remember, there was the 1998 Long-Term Capital Management blow-up, the 2001 Dot.com bubble and of course the 2009 mortgage implosion which nearly crushed the modern banking system.

Following each of these events, the Federal Reserve stepped in with a safety net. Whether a dramatic cut in interest rates or a draconian bond buying binge to feed credit to the market, outside forces helped to stem the bleeding in the market.

Investors can withstand short, swift downturns. However, when week after week of selling erodes your retirement balance, investors get nervous. And nervous people stop making sense.

Take the CBOE Volatility Index (VIX), otherwise known as the fear index. This index measures volatility in the market. It hit a high back in February during one of the brief selling squalls. But it raced straight up in four trading days. Then the selling ended and the VIX settled back into its boring pattern of nothingness.

When large-scale selling started in October, the VIX jumped up for six days and then settled back down as investors assumed the worst was over. Only in the last few days after sustained selling has it sprung back to life.

Another sign of heightened jitters can be seen in the pricing of the VIX futures. These are options traded on the VIX that guess its future path. Typically, as with most options, those that expire further out in time are more expensive.

But last week, the VIX futures were in so-called backwardation. That means the contracts expiring sooner were priced HIGHER than those expiring later.

As the Talking Heads would say, the VIX decided to Stop Making Sense.

The only way backwardation makes sense is when investors think the short-term is less predictable than the long-term. Humans like to believe they can predict the near future much more accurately than further out in time.

And most of the time, with stocks, that is true. But when emotion takes over, particularly those old stock market favorites, FEAR and GREED, everything stops making sense.

It is impossible to know precisely when the market might turn around. But there are ways to improve your chances of extracting some profits during periods of volatility, especially when valuations have gone haywire.

My colleagues over at Income Millionaire use a proprietary rating system to identify stocks that appear oversold and likely to rebound. They can inject some sense (and cents) into your portfolio. In fact, they’ve just pinpointed a marijuana stock that’s poised to generate big gains, even in this crazy broader market. Click here for details.