What’s an investor to make of Snap (NYSE: SNAP)?

The concept behind the Snapchat app, the company’s core offering, is that pictures and messages are only available for a short time before they become inaccessible.

While teens and millennials around the world Snapchat their latest misadventures to their friends, analysts are scratching their heads over Snap. Is the company a long-term growth stock that requires patience, or a poster child for the dangers of irrationally exuberant initial public offerings (IPOs)?

Let’s dig for some answers. 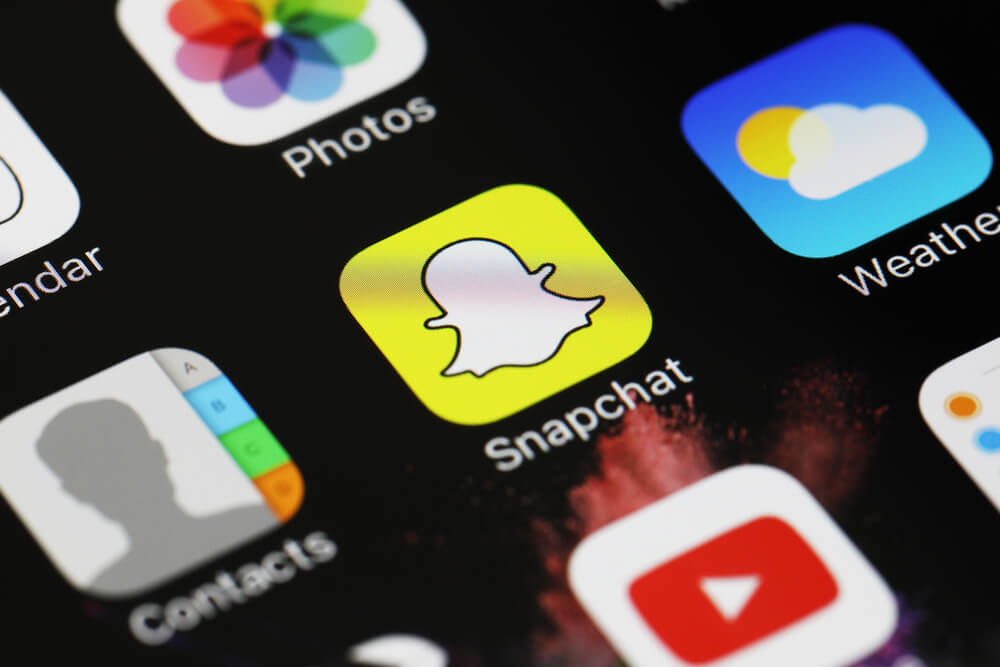 Snap is a technology and camera company that offers Snapchat, an application that enables people to communicate through short videos and images.

Snap offerings include Camera, a tool to personalize and add context to Snaps; a Friends Page capability that allows users to create and view stories, chat with groups, make voice and video calls, and communicate through a variety of stickers.

Snap also offers Snap Map, which allows users to pinch the camera screen to receive a live map of their location. Snap Map can pinpoint nearby friends, popular stories, and provide a “heatmap” of recent Snaps posted to stories.

Headquartered in Venice, California, Snap was founded in 2010 and went public in March 2017. In the immediate wake of its IPO, Snap shares spiked more than 41% to value the loss-generating company at a whopping $33 billion. The company’s valuation has since fallen to $7.2 billion.

How Has Snap Performed?

Snap stock has posted a dismal and volatile performance since its super-hot IPO on March 2, 2017, jumping after ostensibly positive operating reports but then quickly falling again after investors take a closer look behind the numbers.

Who Are Snap’s Rivals?

With a market cap of $709.5 billion, Alphabet is a global conglomerate based in Mountain View, California. It was forged through a corporate restructuring of search engine giant Google in October 2015, and became the parent company of Google and several former Google subsidiaries.

Baidu also develops and offers artificial intelligence (AI) solutions; the company is one of the largest AI and Internet companies in the world.

Unless you live in a cave or come from another planet, you already know that Facebook is the granddaddy of social media.

Based in Menlo Park, California, the online networking service offers Instagram, a community for sharing visual stories through photos, videos, and direct messages; Messenger, a messaging application to communicate with other people, groups, and businesses across various platforms and devices; and WhatsApp, a mobile messaging app.

With a market cap of $402.8 billion, Facebook has come under pressure lately due to privacy concerns and well-publicized hacking incidents.

First, the bull case for Snap. The company has transitioned from a direct sales business to a self-serve platform to sell advertising on its flagship app, Snapchat. By using a self-serve approach, Snap can appeal to a broader audience of advertisers and marketers, which in turn helps bid up ad prices.

Snap is investing considerable research and development into creating a self-serve ad platform that’s targeted to smaller advertisers, which are typically more interested in direct response ads that allow instantaneous results, such as a downloadable ad, a hyperlink click, etc.

Snap also is enhancing its ad analytics, to provide advertisers with hard data that measure results and audience behavior.

The results of these efforts have borne fruit, as Snap starts to post growing revenue and improved operating losses.

Problem is, although losses are growing narrower, Snap is still losing money. And if you look behind that recent revenue growth, you’ll see underlying problems.

Increases in advertisements and ad impressions are boosting revenue, but daily active users and activity are actually slipping. One reason is that marketers don’t use Snap in an organic way, in the manner of Facebook and Instagram.

Instagram’s integral relationship with Facebook is a powerful one-two punch that considerably smaller Snap is hard pressed to match. If marketers want to purchase Instagram ads, they can simply use the same platform on which they buy Facebook ads. They also can use the same highly granular targeting data available through Facebook.

Sometimes the most anticipated stock market debuts end up being a waste of time and money, as cold hard reality kicks in and investors get buyer’s remorse.

This video shows the massive hype surrounding Snap’s IPO in 2017:

It’s another bad sign that insiders are starting to dump their shares. You should prefer companies in which top executives show sustained faith in the firm’s prospects by having “skin in the game.”

Wall Street is littered with the bleached bones of former IPO high-fliers; stocks in the Internet sector are particularly fragile. Clearly, the Snapchat generation is too young to remember the dot-com crisis of 1997-2001.

Overall Snap Forecast And Prediction For 2019 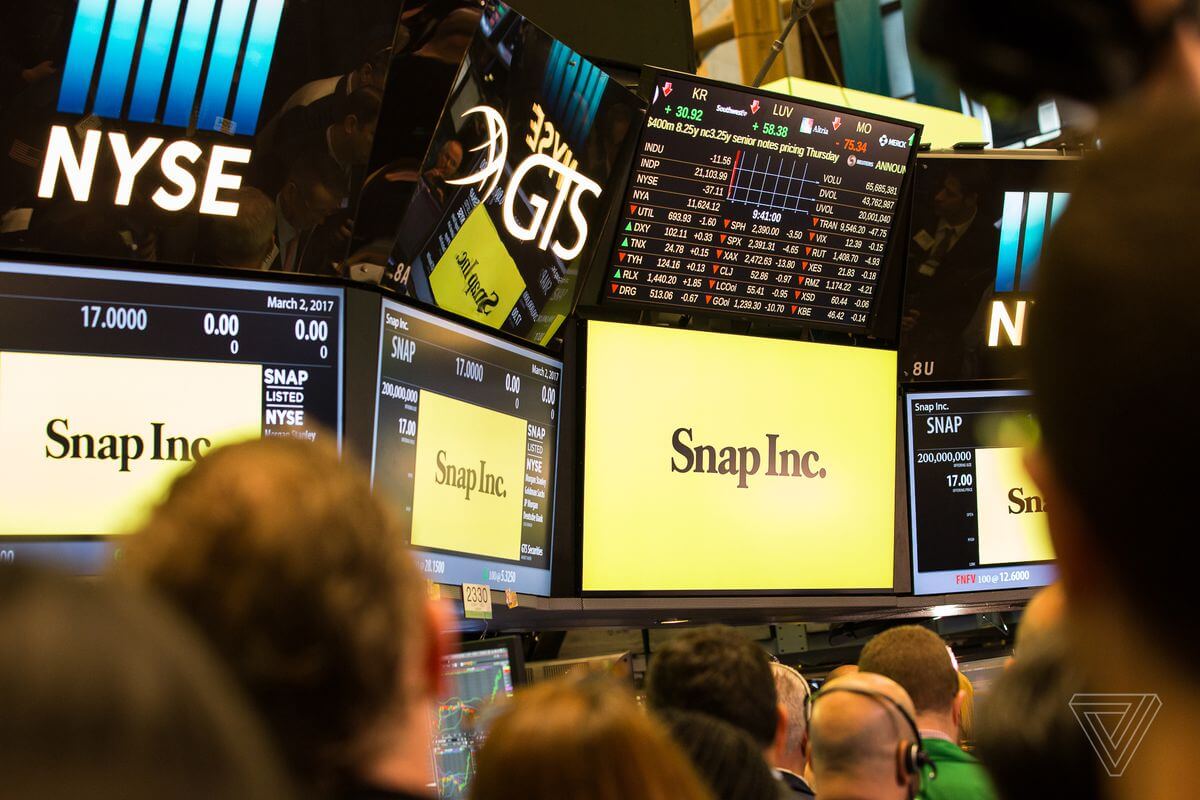 Snap’s IPO in 2017 was the biggest deal of the year. The company’s dizzying post-IPO ascent and then fall to earth reminds me of the recklessness and wishful thinking we experienced leading up to the busting of the dot-com bubble in 2000. Back then, many tech companies with neither earnings nor revenue were sporting astronomical valuations.

Many investors join an IPO’s wild party, only to get a painful “morning after” hangover. Snap is a classic red flag that the stock market these days is dangerous, as reflected by the market’s sharp sell-offs in 2018.

Snap’s forward 12-month price-to-earnings ratio is in negative territory at -15.08, evidence of red ink on the bottom line.

Some analysts remain bullish on Snap, largely because they’re encouraged by its recent revenue growth. Wall Street is perverse that way; it often treats unprofitable companies by a different standard than profitable ones.

But you should avoid Snap. This stock is frequently touted on channels such as CNBC, because it makes for a flashy story. My advice: ignore the talking heads on cable television. They only care about ratings, not your portfolio.

Snap is a risky company with powerful competition that it’s unlikely to overcome. By investing in this stock, you could incur considerable losses… in a snap.