The social media platform Twitter (NYSE: TWTR) has become a staple of modern society. Everyone seems to have a Twitter account, from your local car mechanic, to Taylor Swift, to Pope Francis, to the president of the United States.

Recent statistics show that 92% of world leaders use Twitter. Indeed, President Trump is often referred to as the “Tweeter-in-Chief.” The most powerful politician in the world often makes major personnel and policy announcements via Twitter. Sometimes, White House personnel first discover that they’ve been fired by reading a presidential tweet.

Trump also has demonstrated an ability to dramatically move markets and individual stocks with a single tweet. Twitter is the one medium, more than any other, that reflects the world’s moment-by-moment mood and opinions.

Twitter has a long history of unprofitability. Some analysts think that Twitter has finally turned the corner, based on recent earnings beats. Is now a good time to pick up shares of the micro-blogging site? Or is Twitter destined to join the Internet scrap heap, like the ill-fated Myspace?

Let’s take a closer look at this phenomenon known as Twitter and see if it deserves your hard-earned investment dollars. 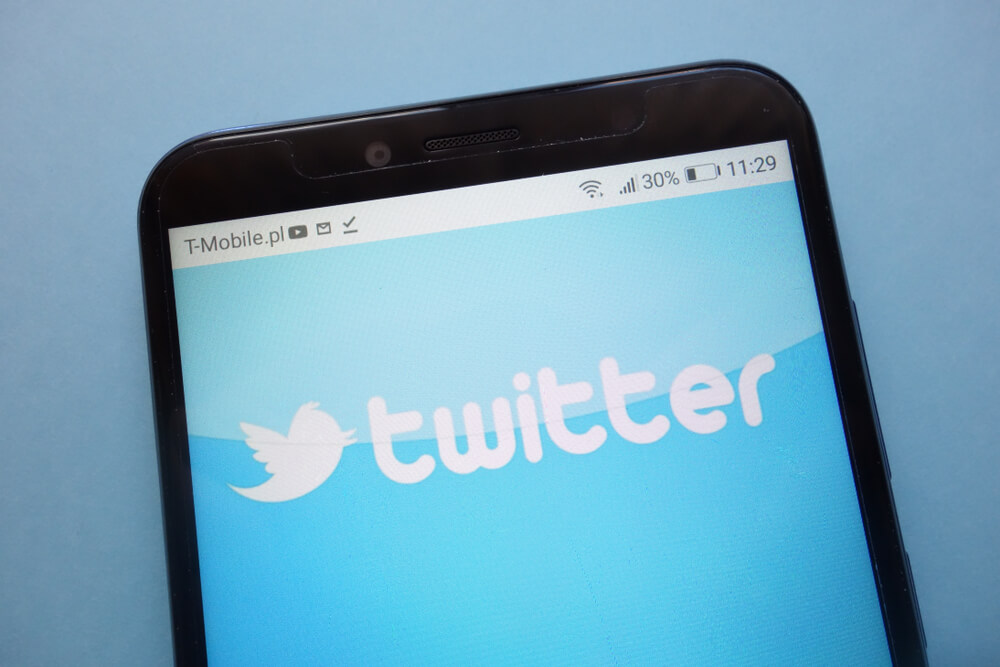 Based in San Francisco, Twitter is an online news and social networking platform on which users post and interact with messages called “tweets.” Tweets were originally restricted to 140 characters, but this limit was doubled for all languages except Chinese, Japanese, and Korean.

Twitter was founded in 2006 and went public in 2013. With more than 336 million monthly active users (MAUs) around the globe by the end of 2018, Twitter is one of world’s biggest social networks. The company currently sports a market cap of $25.4 billion and is known by its famous blue bird logo.

Below is a chart that depicts Twitter’s share price movement over the past five years, compared to the S&P 500:

Who Are Twitter’s Rivals?

Competition in the social media realm is brutal, with new innovations unfolding at a dizzying pace. Let’s look at Twitter’s top three competitors.

Founded in 2004, Facebook launched the social media revolution. The giant Internet company went public in May 2012 and now sports a market cap of $412.8 billion. As of late 2018, Facebook had 2.2 billion MAUs.

Based in Menlo Park, California, Facebook offers Instagram, a community for sharing visual stories through photos, videos, and direct messages; Messenger, a messaging application to communicate with other people, groups, and businesses across various platforms and devices; and WhatsApp, a mobile messaging app.

Based in Mountain View, California, LinkedIn is the world’s largest professional networking service on the Internet. The company often exceeds the earnings growth expectations of Wall Street.

LinkedIn has over 562 million MAUs. The company was purchased by Microsoft for $26.2 billion in 2016, a move that gave the social media site considerably deeper pockets for strategic investments. Microsoft (market cap: $798.2 billion) has shown a consistent commitment to growing LinkedIn.

Once derided by the social media cognoscenti as a stuffy “Facebook for losers,” LinkedIn has grown in popularity even among non-executive types. Since its initial public offering (IPO) in 2011, the company has steadily generated impressive earnings.

Google has attempted to attract Facebook users through its social media platform Google Plus, but the site’s user rate is meager compared to FB’s. Both companies compete in the Internet advertising realm.

Google is devoting more revenue to ensure its search engine is the default option on products and services, such as the Apple (NSDQ: AAPL) iPhone and Mozilla’s Firefox browser.

Twitter earns nearly 90% of its revenue from advertising, via promoted tweets, promoted accounts and promoted trends. Twitter sells promoted tweets to marketers, which then appear in users’ Twitter feeds.

The company uses an algorithm to create customized advertising, by ensuring that promoted tweets are funneled directly into targeted users’ timelines. Promoted accounts are those paid for by advertisers that Twitter places in targeted users’ “Who to Follow” list. Twitter also reaps profits from data licensing.

Notably, on October 25, the firm posted third-quarter 2018 earnings that beat analysts’ projections on its top and bottom lines, which sent the stock soaring.

Twitter has long been the focus of takeover rumors, with Wall Street “atwitter” that perhaps Alphabet or Walt Disney (NYSE: DIS) would buy the company. A buyout would be a boon for existing shareholders.

Twitter may be influential, but it’s small compared to its major rivals. Twitter’s true value lies in the massive amounts of data it gathers and stores about its users. According to a 2018 study by Pew Research, most Americans get their news from social media, rather than newspapers or television.

Twitter is the most timely, events-focused social media platform; it’s a moment-by-moment snapshot of society’s moral, intellectual, and cultural climate. It’s a continually updated database of the global zeitgeist.

So you’d think that the company would be the most valuable among its peers. Well, think again.

Twitter has yet to figure out a way to sufficiently monetize these advantages. In the third quarter of 2018, Twitter also posted a 9 million user drop in its closely watched MAU number.

Exacerbating these woes is the fact that celebrities, who are Twitter’s most valuable subscribers, are increasingly switching to other social media sites such as Facebook’s Instagram for burnishing their public personas. 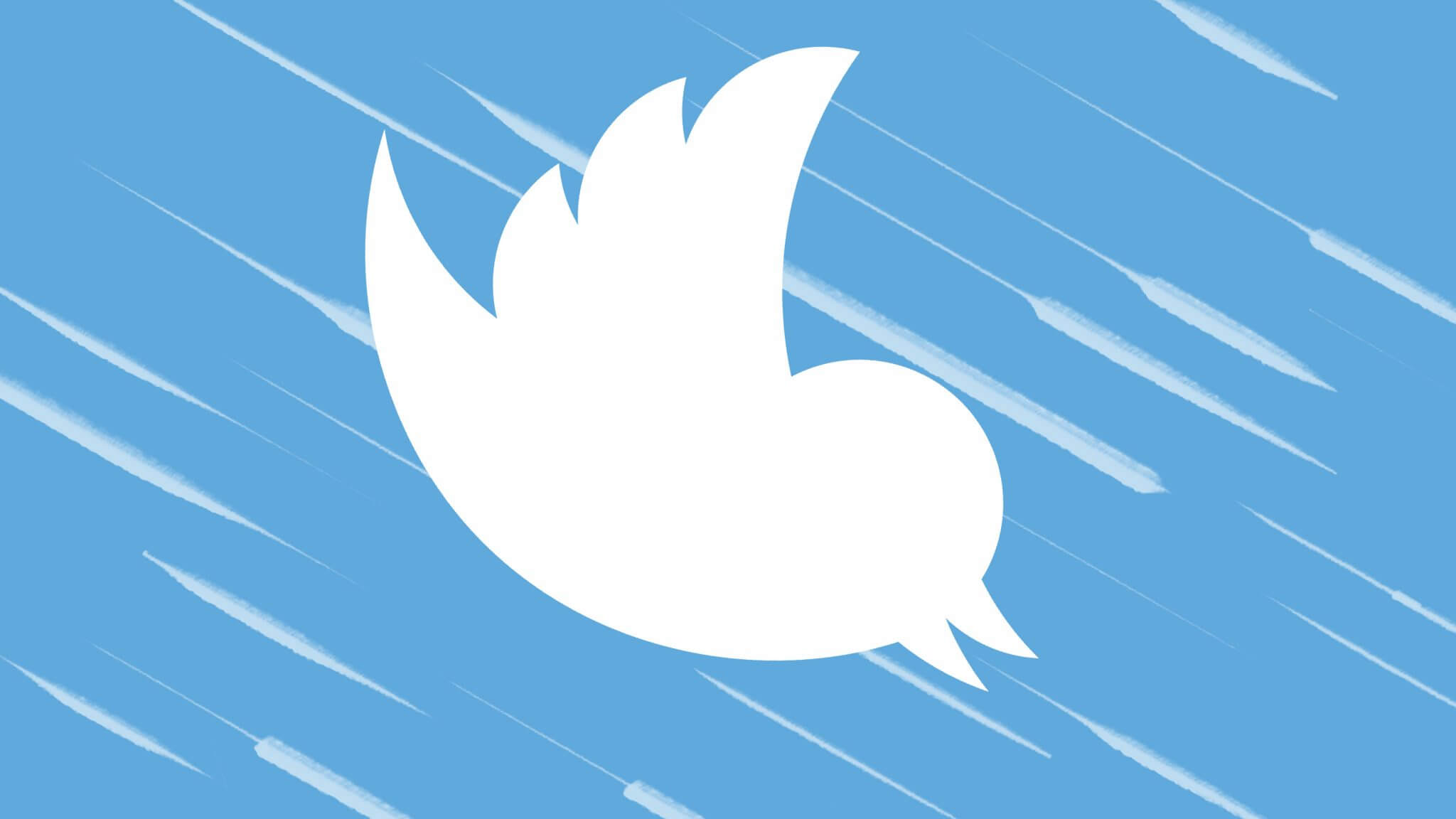 Absent a merger with its bigger rivals, Twitter is a dicey prospect for investors. Twitter has been unable to bring more users aboard, which means Twitter still struggles when it comes to monetizing itself.

Twitter also is vulnerable to headline risk, in the form of hacking attacks such as those revealed in late 2018 that hammered TWTR stock.

The evidence is clear: Russian hackers have used social media sites such as Twitter to disrupt American elections and spread “fake news” via fictional accounts. This continuing cyberwarfare could lead to further user defections at Twitter, as the public loses trust in the site.

Emblematic of these data privacy scandals were revelations in December 2018 that Facebook has for years provided other tech giants with intrusive access to users’ private data, without the knowledge or consent of those users. These reports came on top of other privacy concerns related to Facebook.

When a social media firm comes under unwanted scrutiny, the entire sector gets painted with the same brush. Internet stocks tend to rise and fall in tandem and they’ve shown considerable volatility in 2018.

Accordingly, greater regulation from Congress remains an abiding risk, especially with Democrats in control of the U.S. House of Representatives. New rules would impinge on Twitter’s already problematic profitability.

Despite recent declines, the tech sector still occupies a bubble, consisting largely of grossly overvalued companies primed for a steep fall at the first hint of economic weakening.

Sure, you can still find values in the tech sector. But Twitter isn’t one of them. The blue bird will have trouble flying in 2019. Don’t chase it.