Our Target Stock Prediction In 2019 (Buy or Sell?)

Brick-and-mortar retail chains are the Rodney Dangerfields of Wall Street. They get no respect. The common assumption is that all “Big Box” stores are doomed and dying, as e-commerce increasingly dominates the shopping experience.

Because of this preconception, some retailing stocks with superb growth prospects are trading at bargain valuations. And that’s good news for value investors.

The fact is, certain legacy retailers have risen to the challenge of e-commerce and reinvented themselves. They’re revamping their in-store experience, while simultaneously adopting the latest tactics for online shopping and delivery.

Is Target destined for the scrap heap of retailing history, like ill-fated Sears Holdings (OTC: SHLDQ), or will Target hit the investment bull’s-eye in 2019? Let’s find out. 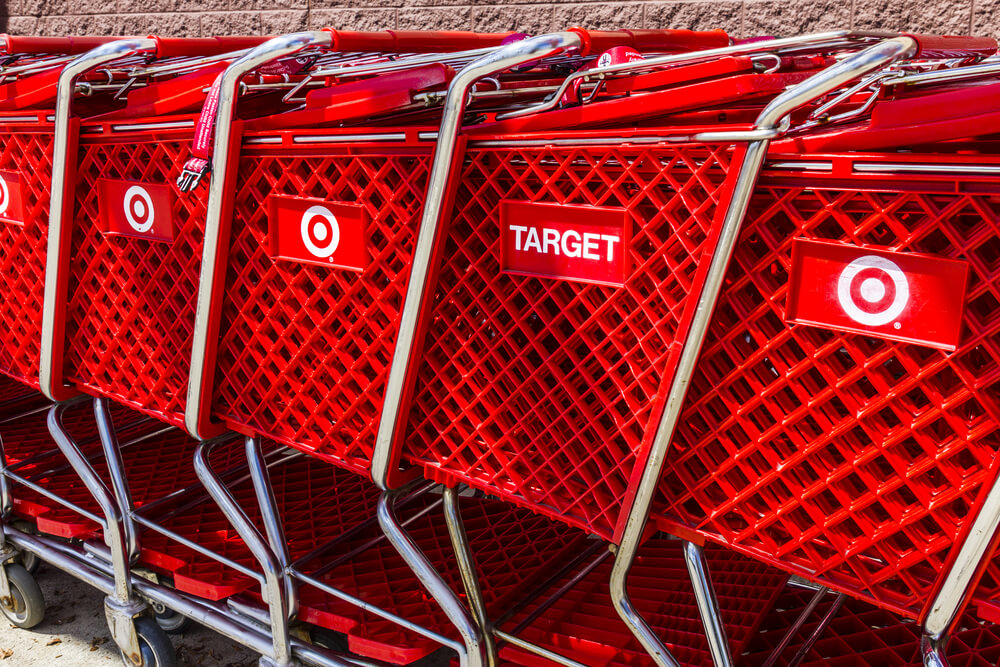 Based in Minneapolis, Minnesota, Target operates as a brick-and-mortar and online merchandise retailer in the U.S. The market cap is $33.8 billion.

How Has Target Performed?

Who Are Target’s Rivals? 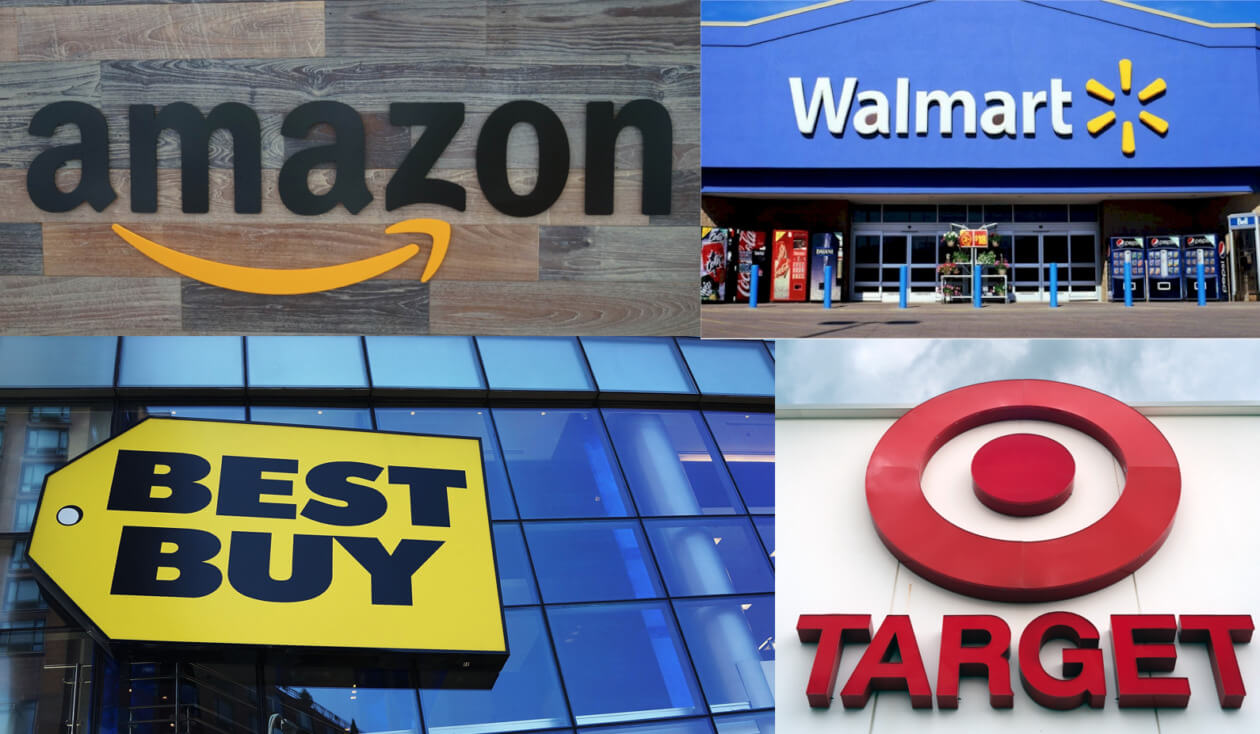 Seattle, Washington-based Amazon was launched in July 1995 and since then, the online retailer has revolutionized how people shop. The company accounted for roughly 44% of all U.S. e-commerce sales in 2017, or about 4% of total retail sales in the U.S., according to data from One Click Retail.

Based in Bentonville, Arkansas, Walmart operates 11,277 stores and clubs in 27 countries that sell a similar product mix as Target’s.

With a market cap of $267.5 billion, Big Box retail chain Walmart continues to expand into the online and mobile marketplace to attract bargain-minded shoppers. Walmart also operates a mobile payment platform, Walmart Pay, which provides discounts and other deals.

With a market cap of $13.8 billion, Best Buy also provides services such as consultation, installation, repair, and technical support.

Target CEO Brian Cornell understands the need to rethink Target’s brick-and-mortar store concept. As he puts it: “We’ve got to re-imagine that store experience.”

Cornell has pledged to invest $7 billion on redoing existing stores, as well as furthering the expansion of smaller-format locations and improving Target’s e-commerce presence. More than 600 stores are slated for renovation.

Revamped stores feature a separate entrance just for customers who are coming in to pick up orders done online, as well as to grab groceries or wine. Those shoppers who have come to browse enter another entrance that leads them past new branded “boutiques” intended to mimic specialty stores. The store aisles are curved, rather than straight, to encourage exploration.

The company also has undertaken other, more subtle measures to improve the store shopping experience, such as replacing fluorescent bulbs with LED track lighting and grouping grocery items that are components of a single meal.

In 2018, Target began offering free two-day shipping to customers either ordering a minimum of $35 worth of goods or at least paying for the order with a store card. Target doesn’t require paid membership in a plan, as Amazon does with its Prime program. Over the past year, Target has acquired high-tech logistics companies to facilitate the rollout of same-day deliveries for a flat fee.

Target is staying relevant in the e-commerce age by making each physical store a pleasant and convenient shopping experience. The company is betting that ambiance still matters and its efforts have been rewarded with growing foot traffic and earnings.

Target’s share price dropped 10% on November 20, 2018, following the company’s release of third-quarter operating results. The decline, in my view, was unwarranted.

Key among those results (on a year-over-year basis) were a 49% increase in online sales, a 20% increase in earnings per share (EPS), and a 5% gain in comparable store sales. All five of the company’s core merchandising units reported increases.

But Wall Street is fickle and the expectations game can unfairly clobber an inherently strong stock. Robust hopes for corporate operating results have helped keep the bull market alive, but that’s a double-edge sword. Even a whiff of disappointment has demonstrated the power to send the shares of otherwise solid companies plummeting. Sometimes, “good” hasn’t been good enough.

Target fell afoul of this perverse dynamic in November. The stock sold off because the top-line revenue figure of $16.9 billion came in slightly below analysts’ excessively optimistic projections. In addition, the company’s gross margin fell because the company has been spending money (and spending it wisely) to revamp its stores.

None of those overwrought concerns should impede Target’s long-term performance.

Headwinds against Target include a projected economic slowdown in 2019. When the economy goes south, the cyclical retailing industry is one of the first to feel the pain.

Rising interest rates and anxieties over political dysfunction in Washington, DC could weigh on consumers’ mood to spend. Falling home prices also threaten to dampen the “Wealth Effect.” When homes increase in value, consumers have greater confidence to spend. The converse is true, which is why the housing market’s flagging performance lately has investors worried.

Nor does technological disruption stand still. Target’s management has done a superb job of meeting the e-commerce challenge, but Amazon is cash-rich and adept at the early adoption of new technology.

Amazon CEO Jeff Bezos probably has more tricks up his sleeve that could blindside even nimble competitors such as Target.

Overall Target Forecast And Prediction For 2019

Target is an underappreciated success story with a share price that doesn’t reflect its growth potential, which makes the stock appealing for investors who seek value plays in a volatile and dangerous market.

The average analyst expectation is for Target to rack up year-over-year earnings growth of 14.4% in 2018 and 4.1% in 2019. Over the next five years, earnings growth is expected to reach 8%, on an annualized basis.

Target may not be as sexy as one of those Internet stocks that you see hyped on CNBC. But this prudently managed retailer boasts solid fundamentals that should pave the way for further capital appreciation, despite the roller coaster conditions we’re likely to see in 2019. Closing the sale is the stock’s hefty dividend yield of 4.1%.