Bird Box Syndrome: How to Trade When You’re Data Blind

The long-lasting government shutdown might cause a severe case of “Bird Box” blindness when investors try to interpret market data regarding the direction of the economy this month.

When a mysterious force decimates the population, only one thing is sure — if you see it, you die. The survivors must now avoid coming face to face with an entity that takes the form of their worst fears. Searching for hope and a new beginning, a woman and her children embark on a dangerous journey through the woods and down a river to find the one place that may offer sanctuary. To make it, they’ll have to cover their eyes from the evil that chases them — and complete the trip blindfolded.

Yikes! Sounds almost as scary as the government shutdown.

Enthusiastic viewers thought navigating difficult tasks while blindfolded looked exciting and started a reckless challenge. The challenge takes the core concept of “Bird Box” — wearing a blindfold at all times while wandering around outside and then posting the ridiculous (and often quite dangerous) videos on YouTube.

After a host of car accidents and personal injury reports, Netflix found it necessary to advise viewers to NOT partake in a potentially dangerous online challenge inspired by its original horror film.

And while driving a car or walking across the street blindfolded is just straight dumb, some investors might find themselves equally blind when looking for clues from economic data that might not be provided due to the government shutdown.

The agriculture markets, in particular, are super sensitive to these monthly economic reports. The reports include daily, and weekly agriculture export sales, USDA reports including the World Agriculture Supply and Demand Estimates and Grain Stock reports may not be available later this month.

The U.S. Department of Agriculture stopped updating several reports starting on December 22 when the partial government shutdown began. The reports compiled by this department are critical tools for farmers and traders to determine fair prices for grains and the all-important soybean market.

The trade impasse with China is hitting the soybean market particularly hard. Traders are undoubtedly eager to see how an early December truce that included a promise from China to restart its soybean purchases will shift pricing. But traders won’t have that data available.

The Law of Unintended Consequences

Agriculture markets aren’t the only ones that will suffer temporary blindness due to the government shutdown. The employment report released by the Labor Department each month imparts its influence on traders of all parts of the market, from equities to bonds. 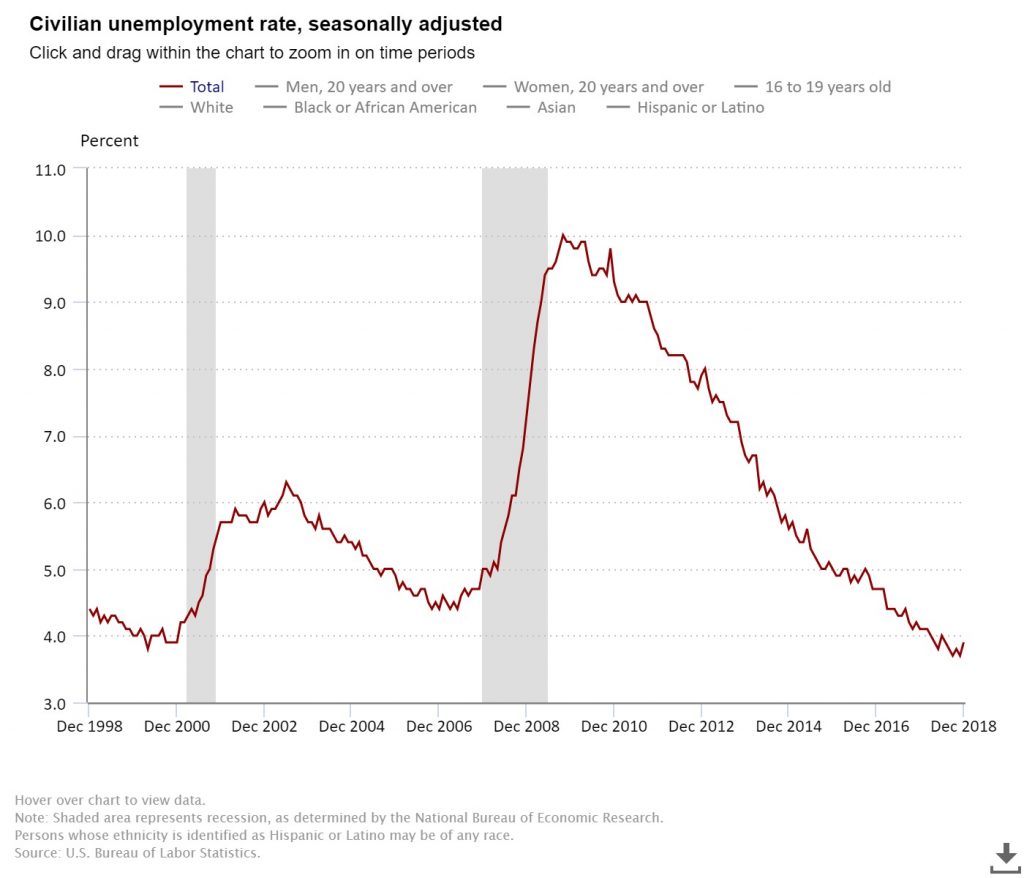 That department is still open, so while it will issue employment reports, the data behind them will be skewed. The 800,000 estimated government workers who failed to receive paychecks last week may impact any data that weaves in future estimates. The close to 400,000 furloughed federal workers will be included in the unemployed category of the survey.

File this issue under the Law of Unintended Consequences. That file is bursting at the seams over the past 12 months as investors attempt to weigh the ever-changing rule book on trade, currencies and now, government data.

Perhaps the Federal Reserve will have to issue a warning similar to the one from Netflix. That’s where the team at Investing Daily takes over. Our analysts have years of experience navigating tough times in the market and have a good nose where to invest when the future is obscured from view.

One such analyst is Jim Fink, chief investment strategist of Options For Income. Jim has developed a “profit calendar” trading system that allows you to collect payments every Thursday, similar to a paycheck. These “paychecks” can range in value from $1,150 to $2,800, but average out to $1,692.50. Want to get on board with Jim and his money-making system? Click here for details.