Over the course of my career, I have worked for some billionaires and otherwise high net-worth individuals. I can recall the first time I worked for a billionaire, thinking “Surely working for him will mean that some of that wealth rolls down to his key employees.”

I learned pretty quickly that billionaires don’t think like I had imagined. What I learned is that in every situation, they are always thinking about how to maximize cash flow in their direction. In a negotiation that involved five parties, I found them generally focused on how they could win the biggest piece of the pie for themselves, not how the overall group could win.

It was a foreign way of thinking for me, because I typically try to create the most optimal outcome for all parties. But that is admittedly not the strategy for getting as rich as I can possibly get. I am okay with that, though, which is perhaps one reason I am not a billionaire. 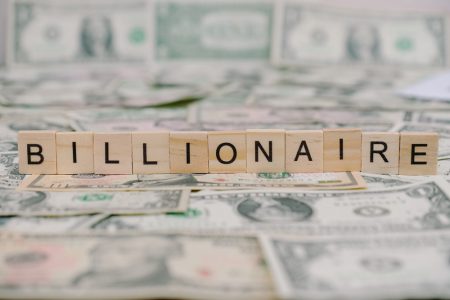 What I learned is that the super rich are really good about talking about the potential to build wealth, without making firm commitments. Instead of paying a large salary, they would much rather make promises based on long-term objectives.

That way, they keep their wealth and if those objectives are met, they get even wealthier. The pitch may go “Our starting salary isn’t great, but once the bonuses kick in everyone will be a millionaire.” That is an actual pitch I heard. Turned out, nobody ever got wealthy there, but I digress.

When it came to charitable donations, I learned two things. First, they will try to keep barriers between themselves and the public. They don’t answer the phone. Their calls are screened through voice mail or assistants, so most of those seeking a donation for something never get to them.

However, if someone seeking a donation does manage to get an audience (sometimes on false pretenses), I would see the billionaire deftly explain that their cash was tied up until some future date, at which time they would be in a better position.

“Come back and see me in a year, and I will be in a better position to work with you on this.” They didn’t often say “No”, they said “Maybe later”, and then those barriers went back up. Money spent today is gone, but delaying that action may mean the money is never spent at all.

Speaking of which, most of the high net-worth individuals I have been around didn’t flash their wealth. To flash your wealth is to attract attention, and that leads to people seeking to obtain your wealth (including by illegal means).

Focus on the Details

The billionaires I have been around were always focused on small details. They might not stop to pick up a penny, but that’s the kind of mindset they have (and they surely would have done that when they were young and not as rich).

As an example, I was once challenged on an expense report over a business trip I had taken to Europe. I listed an expense for a $6 meal I had at a kiosk while waiting on a train. My billionaire boss challenged that expense because I didn’t have a receipt. I was pretty irritated about it, but I also realized that the same mindset that got him rich — never losing focus of the dollars — was deeply ingrained in him.

That’s an extreme example, and I would argue that it wasn’t worth his time. But it made an impression on me. I could apply this kind of thinking in my daily life, without taking advantage of others. I could scrutinize every bank and credit card statement for errors. I could pay close attention to commissions and fees on stocks and mutual funds.

Those are some of the things I have observed from the super rich in my orbit. But here are some pieces of advice from some other billionaires whose names you probably know:

As I’ve just explained, you need to change your thinking habits to get rich. One man with the right mindset, who has generated wealth for scores of his followers, is Jim Fink, chief investment strategist of Options for Income and Velocity Trader.

Jim first launched his top-tier trading service Velocity Trader by making that bold assertion and he has already followed through. Jim has developed a proprietary trading system that makes huge gains, whether the market is going up, down or sideways. By following just a few simple steps, Jim’s system allows you to take regular stock movements of 8%, 17%, or 34% and amplify them to generate profits of 100%, 300%, even 800%.

Want to know how he does it? Click here for a free presentation.