Is Someone Manipulating The Price of Bitcoin?

Since bottoming out below $3,400 two months ago, the price of Bitcoin (BTC-USD) has surged more than 50% to $5,300 last week. That is still far below its all-time high price of more than $19,000 achieved in December 2017. However, it is still a remarkable comeback given the cryptocurrency’s recent woes.

As I explain below, therein lies a tale of investment intrigue.

The surge in Bitcoin’s price occurred on April 1, when it jumped 20% on a huge spike in trading volume as shown in the chart below: 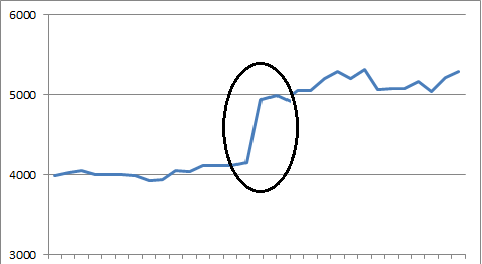 On March 30 and 31, the daily average trading volume in Bitcoin was approximately $100 million. Over the next two days, trading volume was eight times that amount as seen here: 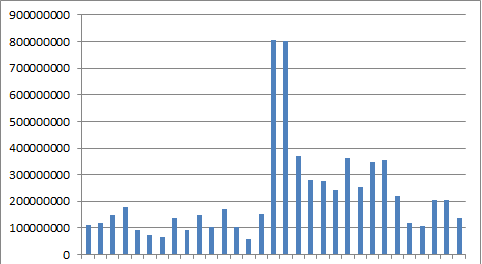 That timing is suspicious since April 1 is the first day of the second quarter. Any trades made in April by institutional investors do not have to be reported to the U.S. Securities and Exchange Commission (SEC) until August 15. Trades made during the first quarter (January through March) would be reportable by May 15.

I can’t help but wonder if the timing of those purchases was intentional to mask the identity of the buyer for another three months. If so, then it is likely that the purchaser is an institutional investor that is required to report its transactions to the SEC via a Form 13F.

Private equity funds are included among the institutional investors that must file Form 13F. My hunch is that is who was doing most of the buying during the first two days of the month. But why they would want to conceal their identity for an extra 90 days is puzzling.

Whoever it was didn’t do themselves any favors. By loading up most of their purchase over just two days, they drove the price of Bitcoin considerably higher. Had they spread those purchases out over a couple of weeks instead of a couple of days, they could have saved themselves as much as $500 million.

So, now the big question: Why was it worth it to someone to spend half a billion dollars more than necessary, just to conceal their identity for a few months? I don’t know the answer to that question, but I can make a guess.

Despite what its proponents argue, Bitcoin is not a hedge against anything. It won’t help you if inflation is rising and it won’t protect you against a stock market crash. Thus far, its price movement seems to be purely a function of the speculative forces within the cryptocurrency market and nothing else.

There are other cryptocurrencies that work just as well as Bitcoin and are easier to use. There’s no good reason to pay a 50% premium just for the privilege of using Bitcoin to launder money or avoid paying taxes. Just about any cryptocurrency is good for that.

I can’t think of a good reason for anyone to be loading up on Bitcoin now. But I can think of why someone may have decided to close out a short position in it. 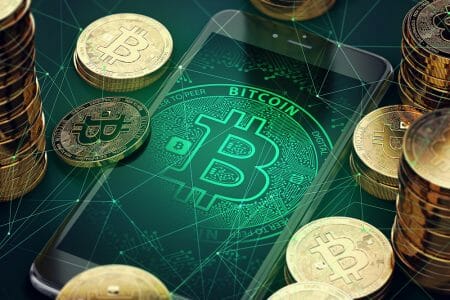 From a technical perspective, Bitcoin has established a solid floor near $3,400. It tested that price many times over the past three months and always bounced back. It’s not likely to break below that price anytime soon. The private equity funds that sold Bitcoin short realize there is no more gain to be had on the downside.

You don’t want to be the last one out of the pool when the short sellers cash in. Covering at an average price near $5,000 may seem expensive. However, that beats waiting until its price gets back up to $10,000 before doing so.

I’ll be checking the 13F filings on August 15 to see who the big buyer of Bitcoin was this month. It will be interesting to see who has the kind of money to pay an extra $500 million to close out their short position in two days instead of two weeks.

The average investor doesn’t have a few hundred million dollars to throw around. But you do have the trading savvy of my colleague Amber Hestla to help you reap outsized gains in the stock market, without nearly as much risk.

Amber Hestla, the chief investment strategist of Profitable Trading, has devised a proprietary investment system that she calls “dividends on demand.” It’s exactly like scheduling a dividend payment whenever you want. There’s no application form and no waiting period.

Amber has backtested her method. Compared to traditional buy-and-hold investing, you can earn up to 9.9 times more, simply by applying her technique to your stocks. Want to start making money, Amber’s way? Click here for a free presentation.