The Surest Way To Get Rich

This past week, two different people asked me essentially the same investment question: “What is the easiest path to building wealth in the stock market?” Below, I discuss the advice that I gave them. I also address the objections that they raised to my advice.

Overall, I prefer “get rich with certainty” methods. They require patience and diligence, but are more likely to reward you with wealth. 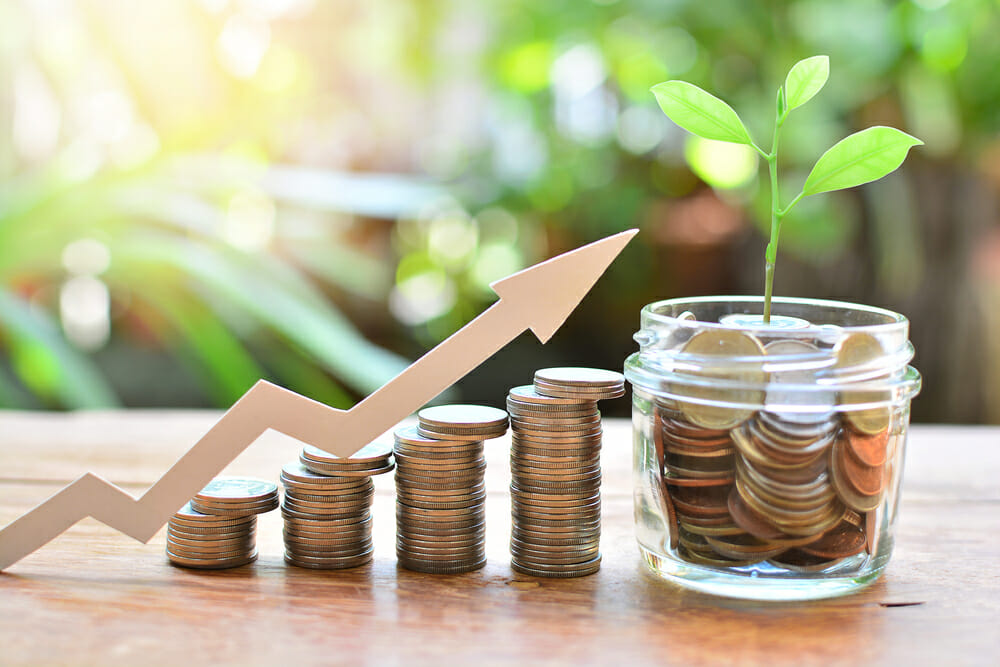 I was asked about this advice privately, but I decided to post it publicly on Facebook. First, here is my advice, followed by a more detailed explanation:

“Getting rich with certainty takes time and compound interest. The savings rate required is very low if you start early enough.

So, start early, be consistent, and don’t blow your money once it starts to accumulate. Almost anyone is able to do this if they start early, but very few do.”

Time and compounding are extremely powerful wealth-building tools. With enough time, you don’t have to save that much money. If you have less time, or want to build more wealth, you need to save more.

Why did I choose an S&P 500 index fund? Because both people who asked me for advice wanted a method that didn’t require a lot of knowledge, experience, or maintenance. They didn’t want to spend hours every week managing their investments.

An S&P 500 index fund invests proportionately in the stocks making up the S&P 500 index. It’s a broadly diversified portfolio the covers sectors across the entire U.S. economy. As companies are added or removed from the index, adjustments are made with the index fund. As a result, these funds closely match the long-term total return of the S&P 500, which over the last 90 years has averaged 9.8%.

Most mutual fund managers fail to outperform their benchmarks over time, especially when management fees are considered. An actively managed mutual fund will generally take management fees of 1%-2% of the assets under management each year, and that erodes long-term returns. (People don’t actively see this, because these fees are skimmed off in the background.)

For example, the Vanguard 500 Index Fund Investor Shares (VFINX) has an expense ratio of only 0.14% each year. With such a low expense, this fund is able to nearly replicate the performance of the S&P 500.

Thus, a long-term, low maintenance way of building wealth is just to set up automatic deposits into an S&P 500 fund. Over time, wealth will build. Given enough time, you should become a millionaire.

What Could Go Wrong?

There were two objections to this suggestion. The first is that a million dollars in 40 years might not be worth that much. One person asked “Will it even buy a nice house?”

My response was that a million dollars today is worth a lot less than it was 40 years ago, but it’s still a significant amount of money. It will still be a lot of money in 40 years. But it’s simply a symbolic figure. People aspire to be a millionaire, but realistically you won’t be “rich” in 40 years if you have a million dollars. The answer to that is you can adjust your savings rate to accumulate more than that.

Further, this strategy is not supposed to be the savings vehicle for a new house. If you live in an expensive location with expensive housing, you need to have a job that will let you afford that housing. This savings is above and beyond normal living expenses like housing.

The second objection is one that I have been hearing since the 1980s: “This economy is in a bubble that will permanently explode. The S&P 500 can’t possibly generate performance in the future indicative of the past.”

First, it goes without saying that past performance is no guarantee of future performance. None of us know the future, including those who always assure me that the economy is about to collapse. I can recall a noted financial lecturer arguing a decade ago that our financial systems would cease to exist by 2010, and everyone should invest in hard assets like gold.

Had I taken that advice, I would have missed out on the longest bull market in U.S. history. Be wary of experts warning of Armageddon. By all means, hedge your bets if you like. This strategy doesn’t preclude you from also investing in real estate or gold.

The markets have been through a lot of bubbles over the past 90 years. Enormous changes in society have taken place during that time. The S&P 500 is radically different than it was decades ago. But I think it’s a good bet that it will still be around for decades.

The U.S. government has so much at stake, it may be forced at times to seriously intervene (as Uncle Sam did in the 2008-2009 financial crisis). And there will be corrections. Sometimes they will be large. In the past 90 years, we have averaged one year with at least a 20% decline nearly every decade. In 2008, that decline was nearly 40%.

We are probably due another substantial decline like that. But if you execute my get-rich-slowly strategy, you don’t care about that. If you are investing a fixed amount each month, and are doing so for the long-term, those large declines shouldn’t give you too much heartburn. Time is on your side.

But what if you’re in or nearing retirement and you’re worried about running out of money in your golden years? My colleague Jim Fink has the answer.

Jim Fink, chief investment strategist of Options For Income and Velocity Trader, has devised a way to make 18 times more than buy-and-hold investors. That’s not a typo! The multiple is 18 times.

You see, Jim has come up with a system that turns small stock movements into market-crushing winners. He’s sharing how this powerful tool works… and how you can use it to make $125,000 in the next year… at the Ultimate Profits Summit.

Get the details by clicking here.