Boosting Returns By LEAPS and Bounds

When it comes to options, you probably think of something that’s short term.

While many options are held for just weeks, days, or even minutes, it is possible for patient investors to use options to boost longer-term returns.

Take a look at the accompanying table, which lists the real-world options available for Intel (NSDQ: INTC). 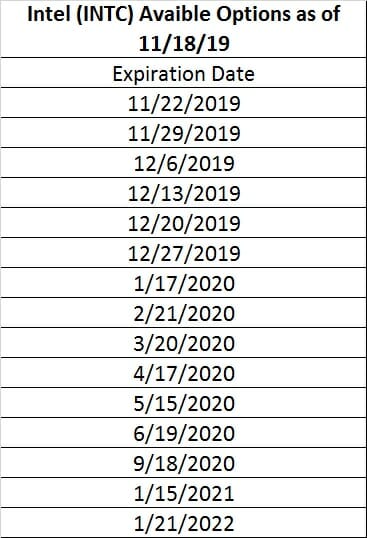 As you can see, there are options available at weekly intervals for the current month and December. This is normal for very liquid stocks. As we progress through time into December, weekly options will become available for January.

From January onward, there is only one option available per month, expiring on the third Friday of that month. But if you look even further ahead, there are options traded as far into the future as January 2022. That’s more than two years down the road!

These long-term option contracts are called LEAPS (Long-term Equity Anticipation Securities). They have been around since 1990—originally, the longest available option term was only 9 months.

LEAPS offer you the opportunity to bet on a stock while committing less money than if you bought the stock outright.

Let’s stay with INTC as an example. 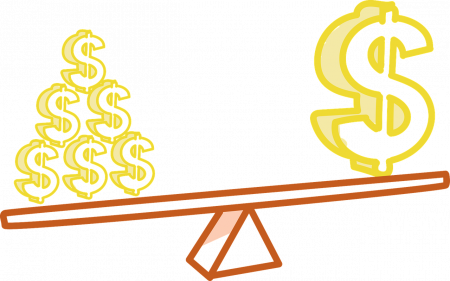 If you held the LEAPS until the final day before expiration, and INTC is trading at $70, you can sell the option for about $10. Netting out your original $585 investment, your profit is $415, or about 70%.

Although in dollar terms you made more money by trading the stock, you had to risk more money in the trade ($5,850 vs. $585). If you bought the LEAPS instead, you could have invested the leftover $5,265 in something else and thus boost the earning power of your money.

How Much Could You Lose?

What if you are wrong and INTC goes the other way?

In the case of the LEAPS, no matter how far INTC falls, you won’t lose more than your original $585 investment. If you bought the stock, the most you could lose is $5,850.

The other side of the coin is that it’s easier to lose a big percentage if you went the option route. Leverage cuts both ways. But still, even if you lose 100% of your LEAPS investment, you only lost $585. If you invested in INTC and lost 10%, that’s a $585 loss already.

Of course, as usual the example I use above is simplified to illustrate a point. If you were really trading the LEAPS you could sell to close the position at any time, so it’s possible to realize a greater gain than given in my example depending on how the stock moves.

What about comparing LEAPS to shorter-term options? 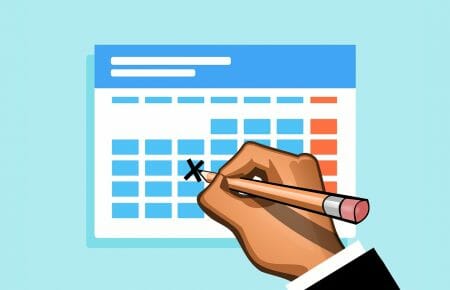 Because there is more time left to expiration for LEAPS, they suffer less from time decay, which accelerates the closer expiration gets. As a result, the delta of LEAPS is higher. In other words, a LEAPS behaves close to the underlying stock.

The downside, though, is that the extra time value makes LEAPS more expensive than shorter-term options with the same strike price. In exchange for more time for the trade to work out in your favor, you have to pay a higher premium.

On the other side of the trade, you could take advantage of the higher premium to sell out-of-the-money covered LEAPS calls. If things work in your favor, the LEAPS will just expire worthless and you pocket the premium. You can select a strike price at which you would be happy to sell anyway, and the option premium provides extra income.

As I’ve just explained, options trading is a proven way to generate profits, over the short or long term. By reading this article, you can see that options aren’t “scary” for average investors.

If you’re looking to make even greater gains with options, turn to Investing Daily’s in-house options expert, Jim Fink. I don’t know of anyone who understands and uses options as profitably as Jim, who’s a legend with his followers.

If you don’t already follow Jim’s advice, I have good news for you: Now’s your big chance.

We’ve together a presentation to explain how paragon works. Want to learn Jim’s money-making secrets? Click here now for details.