We live in a highly interconnected world. And when it comes to commodities, especially the most critical ones, some connections run particularly deep.

Oil and copper are prime examples. Copper’s superior ability to conduct both heat and electricity has made it vital in industries ranging from power to building materials. 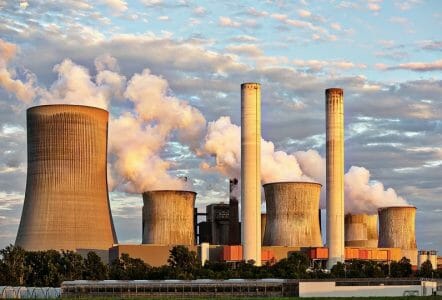 Meanwhile, oil remains the world’s primary energy source and probably will continue to do so for at least another generation and likely beyond.

But because oil is finite, and because of concerns over climate change, it isn’t viewed as a permanent solution to global energy needs. Throughout the world, intense efforts are being made to displace as much oil and other fossil fuels as possible with renewable energies.

Success in developing renewable energy has been impressive. Many analysts such as those with BP (NYSE: BP) and the International Energy Agency (IEA) think that over the next 20 years or so, wind and solar could double their share of energy supplied to the world.

Great news, but there’s one big catch. Renewable energies require copper, considerably more of it than fossil fuels require. It takes six tons of copper to create a megawatt of power from renewables. You need just one ton of fossil fuels to generate that same amount of power.

Moreover, at the same time the world seeks to transition from fossil fuels to renewables, it also will be transitioning from gasoline-powered vehicles to electric vehicles (EVs). Here the disparity in copper requirements is even wider.

Copper is used not just in EVs themselves but also in all the charging stations essential to keep them running. By some estimates, once you take all the infrastructure into account, each EV will use roughly 10 times as much copper as a gasoline-powered engine.

1 Billion Tons Over the Next 20 Years

All this suggests global copper consumption of about 1 billion tons of copper over the next 20 years. That averages out to 50 million tons a year, more than twice the current rate.

Notably, 1 billion tons exceeds the level of current copper reserves, pegged at about 830 million tons. Higher copper prices are likely to lead to higher reserve figures by spurring development of resources that currently aren’t economical to develop. However, it will probably take a big jump in copper price to do this.

A reason is energy. It’s taking ever more energy to obtain copper.

Why is this significant? Because as grades decline, you need ever more energy in the mining process.

At around 0.5 grams per ton, you reach an inflection point. At this point the amount of energy needed for mining jumps considerably. It continues to climb at an accelerating rate as the grade moves further down. That explains why real copper prices (adjusted for inflation) have increased dramatically this century. A good deal of copper already is mined below 0.75 and even below 0.5 grams per ton.

As more and more copper is used in energy-related areas, it’s a nearly sure bet that virtually all newly developed copper will contain low grades and therefore be exceedingly energy-intensive. They will be increasingly expensive to produce.

I think price projections for copper going out five or more years will be far higher than almost anyone expects now. And that’s great news for the best-situated copper producers.

As I’ve just explained, copper is a crucial metal, yet most people have no clue about its extraordinary value. And right now, the world is running on a mere 10-day supply of copper reserves, held in warehouses around the globe.

You don’t need a PhD to know that when the supply of something we need is shrinking…and demand is exploding…that prices are primed to soar. Want to score explosive gains? Click here for our copper play.