Gold: Shelter From The Storm

The emergence of the Wuhan coronavirus has led to a (hopefully brief) deflationary scare. The markets are concerned that the outbreak will cause a big dent in the world economy. But as the stock market wavers and commodities slide, the yellow metal is proving its mettle as a safe haven.

Indeed, when we look back over the last 18 months, gold has shown the ability to do well both when deflationary fears are rising and when commodities are rising (inflation). Here’s why gold belongs in your portfolio, as protection against uncertain times but also as a way to reap gains.

From August 2018 to February 2019, gold gained about 15%. Deflationary fears get credit for that burst of strength. Trade tensions were heating up between the U.S. and China. The big drop in stocks in December 2018 and the accelerated gains in gold coincided with the detention of Meng Wanzhou, the CFO of tech firm Huawei and daughter of the company founder. The arrest threatened to escalate the trade dispute to a new level.

Then trade tensions calmed. Stocks rallied, commodity prices rose a bit, and gold fell slightly. You can call this period “the Goldilocks months” (not too hot, not too cold). 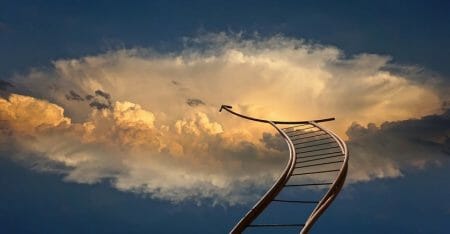 But trade tensions ratcheted up in April and May 2019. This fueled deflationary fears again. Stocks and commodities fell and gold soared from May to September.

And then, as chances for a “phase one” trade deal grew, it created another Goldilocks period. Stocks rallied and gold fell again.

Fom December 2019 to mid-January 2020, stocks, gold, and commodities all climbed together. The commodities sector racked up its best six-week period since the beginning of the century. Gold, too, gained about 8% during that period.

If the coronavirus outbreak had not occurred, and commodity prices continued to rise, I think investors would have seen a big rally in gold. In fact, I expect a protracted rise in commodities to fuel a massive bull gold market. 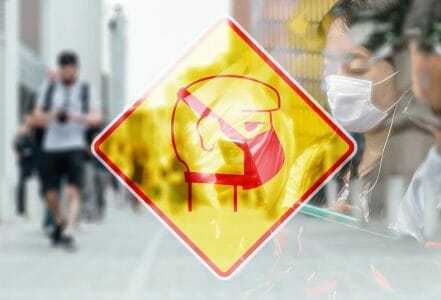 Over the next few months (hopefully just weeks or even days), I expect that the deflationary fears associated with the new coronavirus will start to dissipate.

Despite the frightening headlines, the virus, so far at least, seems less deadly deadly than SARS (2002-2003). China has responded more aggressively this time around. The fatality rate for SARS was about 10%; the current virus has killed about 2% of patients in confirmed cases. Most deaths have been for elderly individuals with preexisting health conditions.

As long as deflationary fears prevail, though, gold should prove a very safe and likely profitable haven. But I expect that to be just the beginning.

Looking Beyond the Outbreak

Once current fears dissipate, I expect commodity prices to begin to rise again. There may be periods similar to times in the past 18 months when commodities did not rise enough to create inflationary worries. In this case, stocks may outperform. The per-ounce price of gold could dip as low as the mid-$1300s. If so, I think that would be a great time to buy. 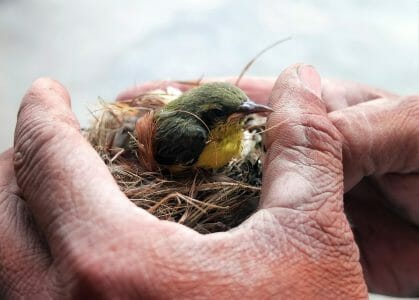 That same message comes from a longer look back to the past 20 years and indeed to the last half century. Prior to 1970, gold was not a great holding during periods of rising commodities, but only because its price was fixed in a narrow band. The evidence for gold’s power in deflationary times goes a long way back.

The late Berkeley economist Roy Jastram traced gold prices back to the 16th century. During virtually every deflationary period, gold was the best investment, gaining in purchasing power, while nearly every other asset was losing.

How High Could It Go?

The next question is how high will gold rise once commodities take off in earnest. The history of the past 50 years offers one possible answer. Grouping together the inflationary 1970s with the recent period of commodity inflation, 2001 to 2011, we come up with a compounded annualized rate of gain for gold of about 27.5%. If gold made the same annual gain for the next 10 years, that suggests a 10-year target near $18,000 an ounce.

And this target could turn out to be conservative depending on how fast resource scarcities develop.

Editor’s Note: Our colleague Scott Chan just provided you with valuable investing insights. But other members of the Investing Daily team can help you make money, too.

As consolidation and rapid technological change revolutionize the media industry, many investors are asking: What replaces cable TV? What comes after “cord-cutting”? And more to the point, how can they get rich from it? Those are all good questions and Jim has made it his job to answer them.

“The Streaming Wars” are more than just a quadrillion-dollar battle between giant media corporations. They’re also an historic opportunity to make money. Want to leverage these trends for market-beating profits? Jim has pinpointed a hidden trade that’s poised to reap a windfall. Click here now for details.