I have often said that one of the smartest investing decisions I ever made was to concentrate money in the health care sector early in my investing career. I reasoned that an aging population of Baby Boomers would spend a lot of money to extend their lives and health care should benefit from that trend.

My point is that despite the adage that you can’t outperform the market, certain sectors have indeed done that for long periods of time. It is riskier to concentrate in sectors, but that strategy does offer market-beating potential.

The Rise of the Specialty ETF

These days, there are exchange traded funds (ETFs) that offer significantly more specialization than “health care” or “technology.” For example, today you can invest in ETFs devoted solely to 3D printing, cloud computing, or wind power. If you can identify an area that will experience explosive growth in the year ahead, you may be able to outperform the market by simply investing long-term in those specialized ETFs.

I am always on the lookout for opportunities like this. A couple of weeks ago, I came across an intriguing idea. I was reading about some of the complex problems being solved by IBM’s (NYSE: IBM) Watson computer.

Given Watson’s incredible ability to process and analyze information, I wondered whether it has been used to pick stocks. Indeed, it has. I discovered that there is a specialized ETF based on Watson’s stock picks.

The AI Powered Equity ETF (AIEQ) boasts that it is the first and only actively managed ETF to fully utilize artificial intelligence as a method for stock selection. The system uses IBM Watson to mimic a team of 1,000 research analysts working around the clock analyzing millions of data points each day.

The fund uses its algorithms to process over one million pieces of information per day to build predictive financial models on approximately 6,000 U.S. companies.

I was intrigued and wanted to know three things about this fund. What is its sector breakdown? What are its individual holdings? And how has it performed?

First, the sector breakdown of AIEQ: 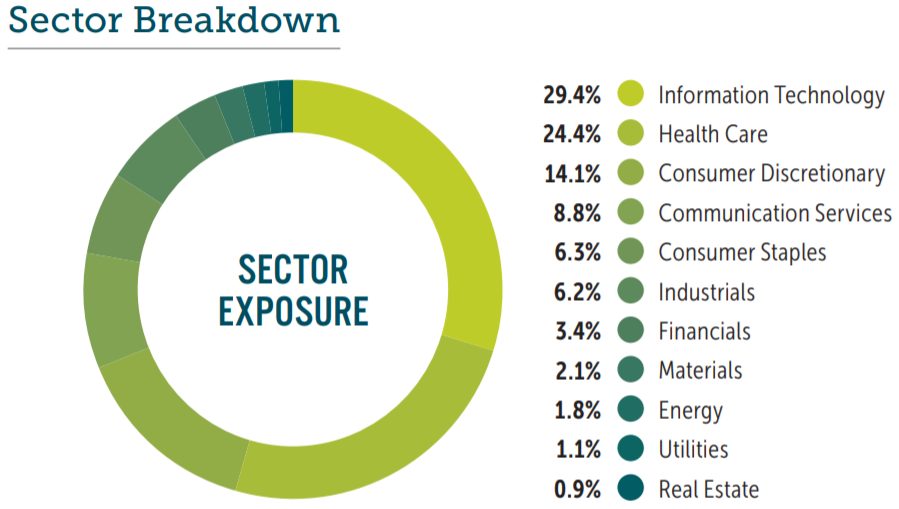 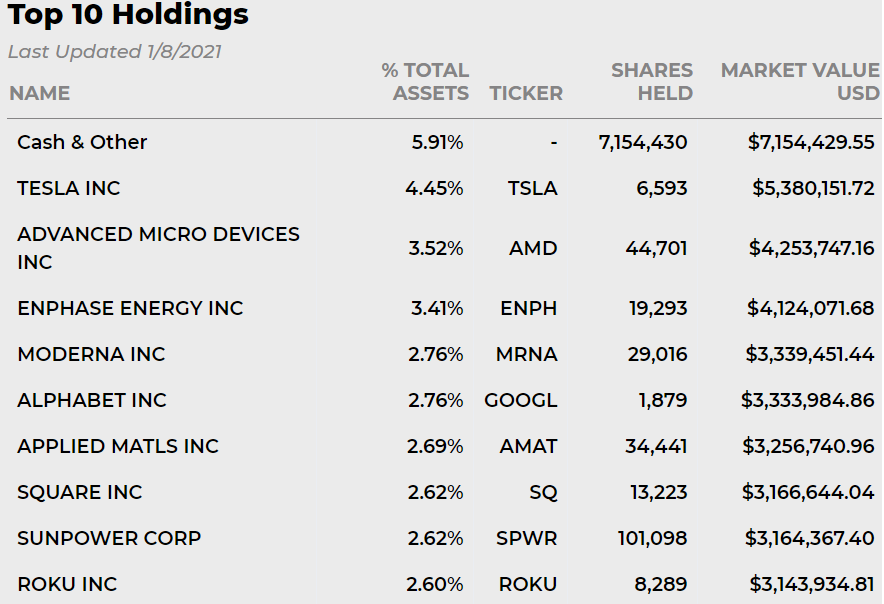 These are all companies that have performed extremely well this year, so it makes me wonder whether the algorithm is chasing high flyers, or whether it did fundamental analysis and positioned itself in companies that were destined to be high flyers. The stock picks will only be as good over the long term as the logic that went into the programming.

Finally, how has the fund performed? It has only been in existence since 2017, and so far its performance is similar to that of the S&P 500. Since it’s inception in October 2017, the fund has an average annual return of 15.4%.

Since technology stocks have performed very well over that time frame, and this fund is tech-heavy, it’s hard to determine whether it really has an algorithm that can outperform the market in the long run. Nevertheless, it’s an interesting experiment and a fund that I will be watching closely in the future.

At a minimum I want to better understand which stocks the algorithm is picking. As the algorithms improve and the computing power of Watson grows, it will be interesting to see whether Watson is a stock-picking genius.

Editor’s Note: Our colleague Robert Rapier just discussed the stock-picking ability of artificial intelligence. On the Investing Daily team, we already have a stock-picking genius on board…of the human variety. His name is Jim Fink, chief investment strategist of Velocity Trader.