Probably as soon as April, Mexico will approve a law lifting its national ban on cannabis. The move would make Mexico the world’s most populated country to authorize cannabis for medical and recreational purposes. It also would make it the biggest producer of weed.

To use a popular acronym, Mexico’s legalization of marijuana is a BFD.

The effect on the marijuana industry, in the United States and around the world, would be huge. In addition to opening a vast new market for weed, legalization in Mexico would further pressure the Biden administration and Democrats in Congress to follow suit.

On March 10, Mexico’s Chamber of Deputies approved the marijuana legalization bill, which the Senate is expected to pass. It then would make its way to President Andres Manuel Lopez Obrador, who vows to sign it. Mexico’s Supreme Court has imposed an April 30 deadline for Congress to pass the bill.

I expect Mexico to become a major exporter of legal marijuana to its neighbor the U.S. Labor and growing costs are generally cheaper in Mexico for all agricultural goods. The massive influx of inexpensive weed would generate competition for U.S. growers, but it also would benefit value-added canna-businesses, such as dispensaries and branded goods producers. 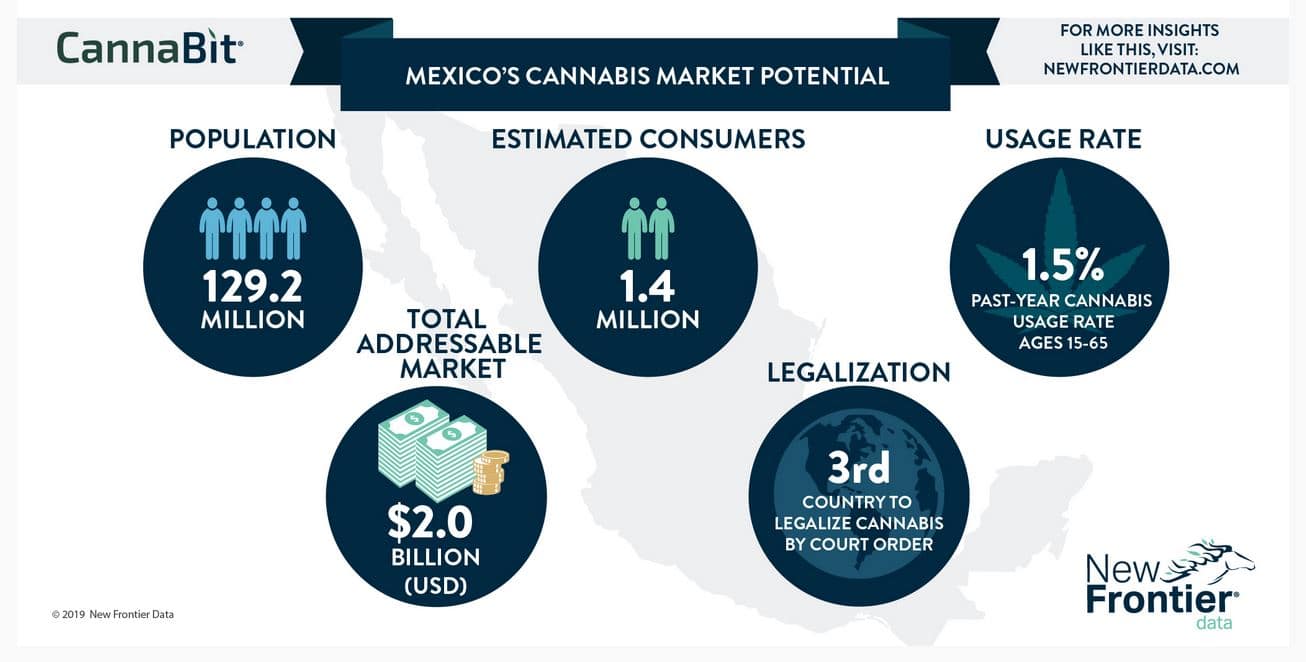 When Mexico legalizes weed next month, marijuana equities as a whole will probably spike higher. It would represent a “profit catalyst” for investors.

Jumping to a Latin Beat…

Latin America is economically resurgent. Stretching from the northern border of Mexico to the southern tip of South America, Latin America is home to more than 630 million people.

Emblematic of the region’s resurgence is Mexico. If you’re worried that bellicose rhetoric in America toward Mexico will dampen that country’s prospects, don’t be.

You don’t hear much about Mexico’s growing economic power in the mainstream media. Cable news is preoccupied with immigration and The Wall. However, Mexico’s export-driven economy is a powerhouse.

Mexico is the world’s fourth-largest auto exporter. Surprised? It’s also the eighth-largest producer of oil. Mexico manufactures and exports the same amount of goods as the rest of Latin America combined.

Mexico boasts an ascendant middle class. It’s true, more and more Mexicans are crossing the border… but it’s to leave the U.S. That’s another big trend the media don’t cover.

Mexico enjoys plentiful natural resources, a highly literate population, a diversified manufacturing base, and an abundant agricultural export market. Legal marijuana in Mexico would enjoy a giant consumer base.

Mexico’s marijuana bill leaves the door open to imports and exports of marijuana products. Analysts estimate that marijuana production is five times cheaper in Mexico than in the U.S. Marijuana companies based in Canada and the U.S. already are seizing the moment by investing in future Mexican production.

Mexico’s legalization of cannabis would come more than two years after Canada authorized the possession, sale and distribution of the product.

Canada is a leader in the marijuana revolution. In October 2018, the Great White North legalized on the federal level the possession and use of recreational marijuana. Canada was the first G7 nation to take this bold step and it triggered a seismic shift in the worldwide marijuana industry.

With a population of 130 million, Mexico would be the world’s largest market for legal marijuana, followed by Canada, with a population of 38 million. In 2013, Uruguay was the first country to legalize production, consumption and sales of marijuana.

When Mexico takes the same step, it will leave America wedged between two countries in which marijuana is legal on the federal level. The impetus to legalize pot in the U.S. just got stronger.

As this article makes clear, the legalization of marijuana is a global phenomenon. Looking for ways to profit on this mega-trend? A group of ordinary individual investors are earning up to $55,362 a year from one company’s marijuana profit-sharing “program.”

As marijuana increasingly becomes legal in North America and around the world, the company’s fortunes are poised to soar. For details about this unique program, click here.