Many people don’t realize that The Beatles’ 1966 song Got to Get You Into My Life isn’t about an infatuation with a girl. Instead, it’s about the Fab Four’s love affair with marijuana.

After trying marijuana for the first time, the Liverpudlians were immediately smitten with the substance. Hence their love song to Mary Jane. Fast forward to 2021 and the vast majority of Americans increasingly feel the same way.

Today is an appropriate time to gauge marijuana’s wide popularity. Marijuana adherents recognize April 20 (or 4/20) as an international holiday for cannabis culture.

The survey was conducted by the Pew Research Center from April 5-11. See the following chart: 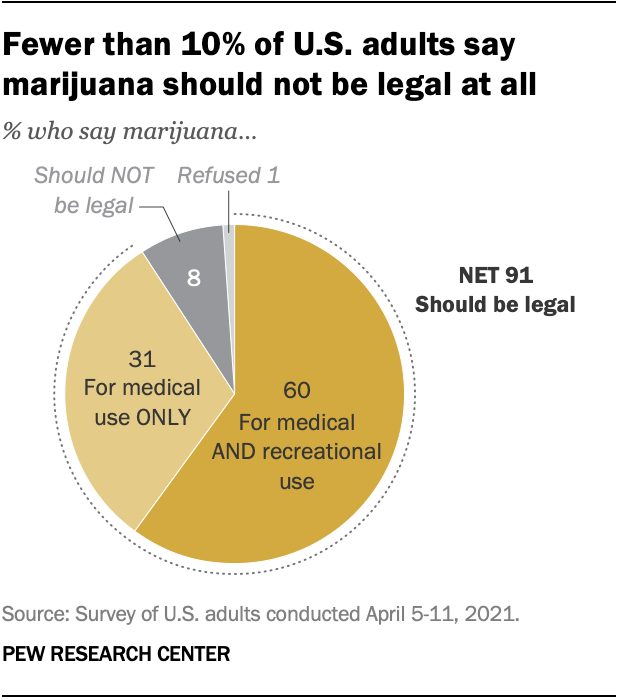 As an increasing number of states (most recently Virginia and New York) legalize marijuana, the public is unreservedly embracing marijuana for recreational and medical purposes. Bills also are pending in Congress to lift the federal ban on cannabis.

There is broader support for legalization for medical and recreational uses among younger adults, including 70% of adults under age 30.

Nonetheless, wide majorities of Republicans in all age groups favor legalizing marijuana for medical use. Even among Republicans 65 and older, just 12% say the use of marijuana should not be legal.

The marijuana revolution extends beyond the rhetoric of public opinion surveys, or even beyond legalization. People are dramatically changing the way they consume weed.

According to a new report released April 19 by the marijuana research firm New Frontier Data, the number of American adults who consumed cannabis at least once a month has doubled since 2002, from 6% to 12%.

Read This Story: Pot Buying Habits, They Are a-Changin’ 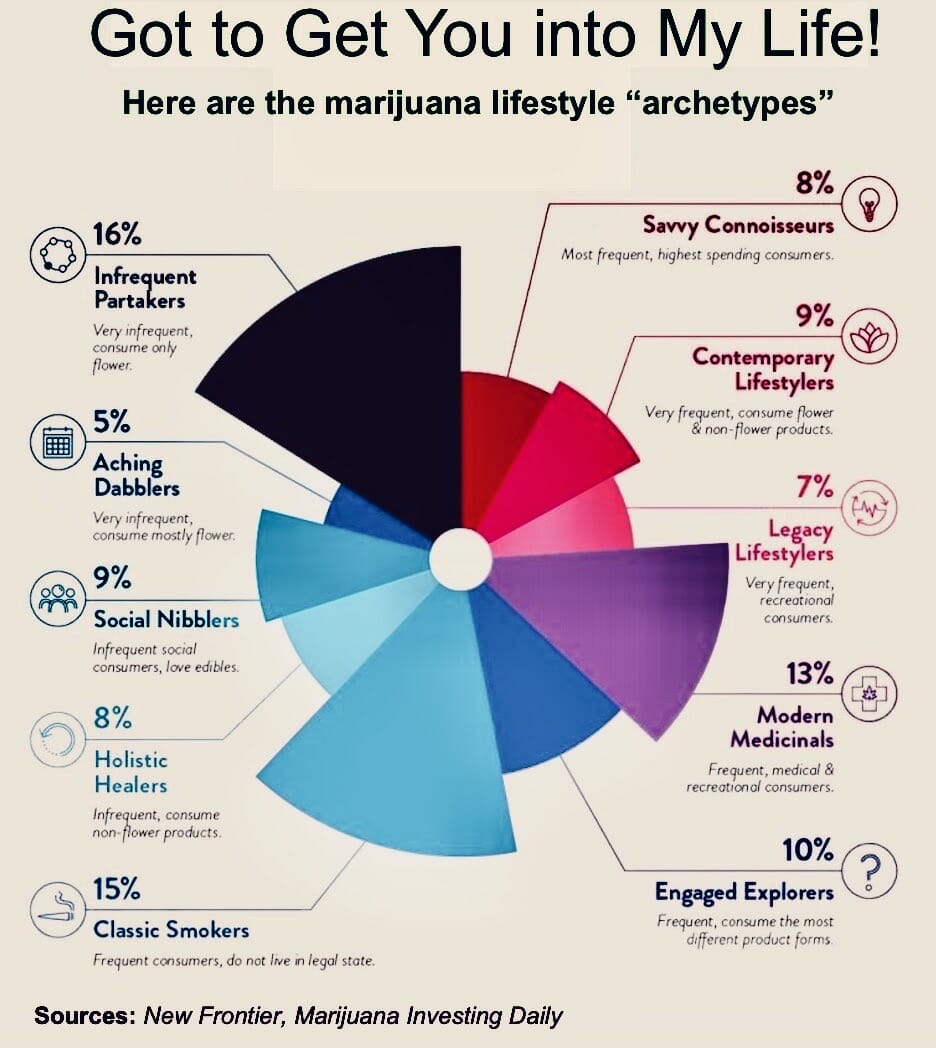 Savvy Connoisseurs, Contemporary Lifestylers, and Legacy Lifestylers collectively represent 24% of marijuana users, with many among them partaking several times a day. Modern Medicinals, Engaged Explorers, and Classic Smokers represent a larger combined share (38%) of consumers who consume at least once a week.

The following four archetypes represent the remaining 37% of marijuana consumers: the Holistic Healers and Social Nibblers typically consume less than once a month, while many Aching Dabblers and Infrequent Partakers use fewer than once a year.

As the New Frontier report states: “There are now more monthly cannabis consumers (29.7 million) than constitute the populations of the nation’s 14 largest cities combined. And after decades of consorting among the shadows of acceptable society, legalization has allowed newly liberated millions of cannabis consumers to celebrate their lifestyles and consumerism.”

Want to profit from the marijuana trends that I’ve just described? For our latest report on the best investment opportunities in cannabis, click here.