Negative Bias: Why It’s Bad for Your Portfolio

Human beings tend to be affected much more by negative events than by positive ones. Psychologists call it “negative bias.” This negative bias is reinforced by the media, especially the overtly partisan outlets, to drive ratings.

Case in point: The latest polls show Americans think that economic and business conditions are horrible and getting worse, when in fact the economy and corporations are performing well.

Investors enjoyed a banner year in 2021. Now that the new year is underway, markets have taken a pause as investors await a catalyst to justify the next upward leg. On Monday, U.S. stocks were generally higher, but they closed mixed on Tuesday. After the opening bell Wednesday, stocks were trading in the red. Still, the major indices hover near record highs.

Let’s examine projected corporate earnings and revenue growth for 2022. Even with a tough comparison to record-high earnings growth of 45.1% in calendar year (CY) 2021, the consensus of analysts still expects the S&P 500 to report healthy single-digit earnings growth in CY 2022. 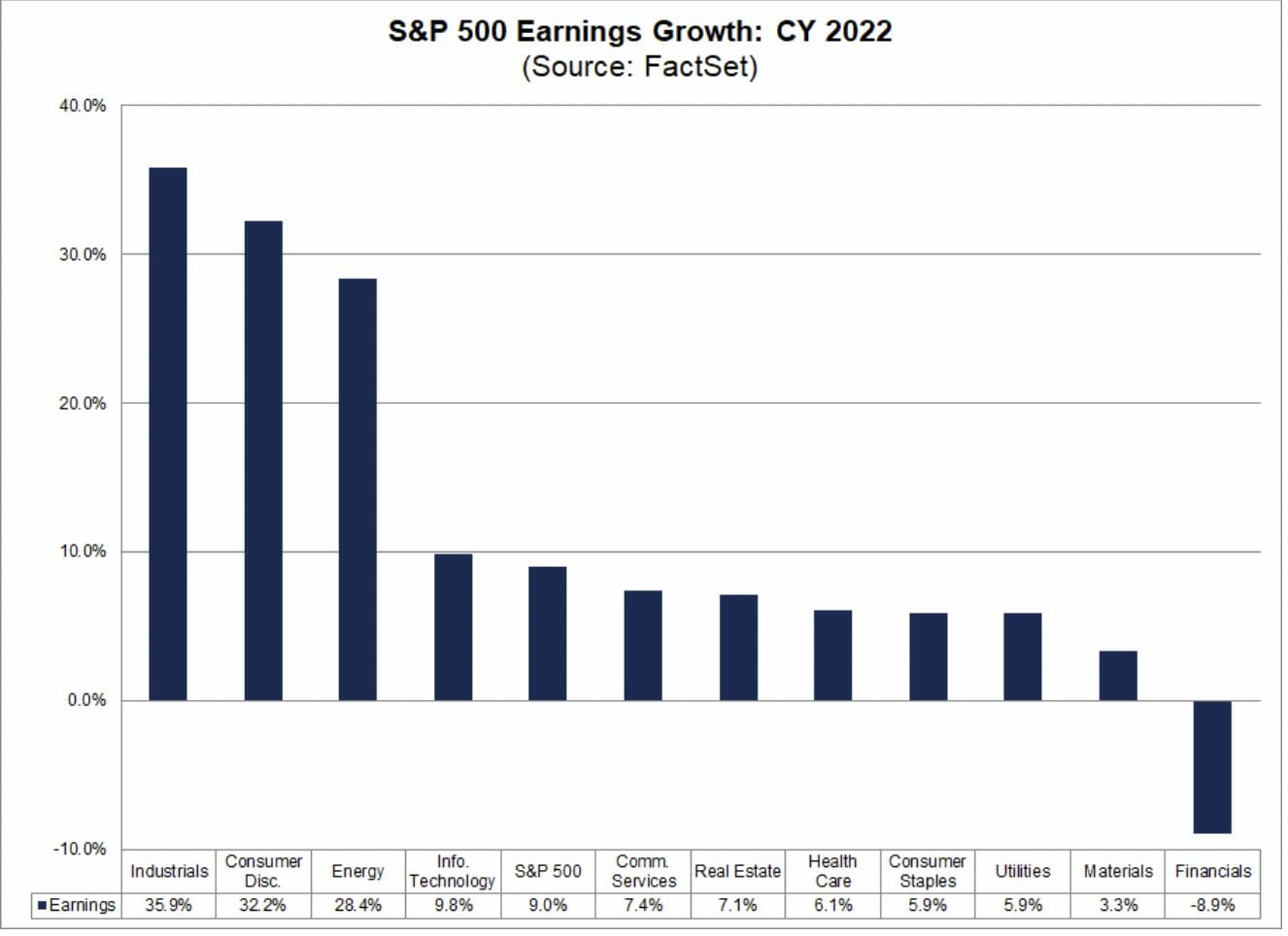 All 11 sectors are projected to report year-over-year growth in revenues, led by the consumer discretionary and industrials sectors.

Corporate profit margins also are expected to be strong this year, despite rising inflation, supply chain disruptions, and labor shortages. The estimated net profit margin for the S&P 500 for CY 2022 is 12.8%. If that proves to be the number, it would mark the highest profit margin since FactSet started tracking this metric in 2008.

Another reason to be optimistic is the vastly improved employment picture. The following chart depicts the U.S. unemployment rate since 1979, the year that saw the beginning of a brutal recession that was, at the time, the worst economic downturn to afflict the U.S. since the Great Depression: 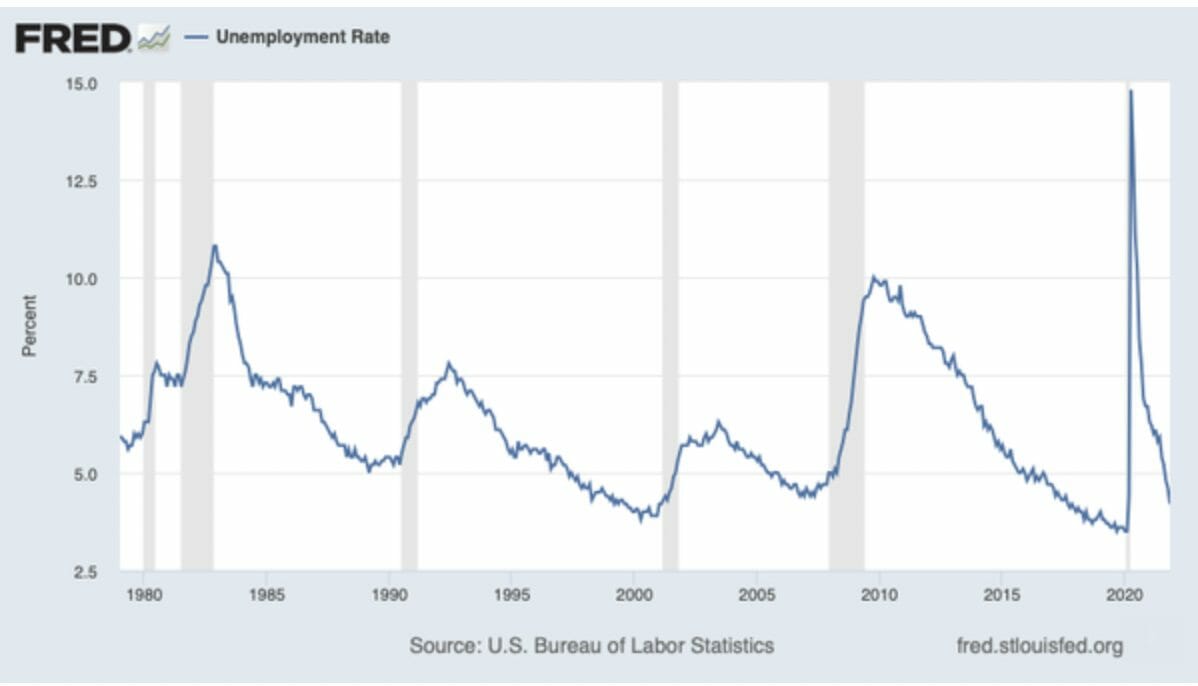 As 2022 proceeds, your shrewdest bets are on cyclical reopening plays. The Omicron variant has rattled Wall Street but scientists are predicting that it will peak by mid-January. The coronavirus may never go away and instead become endemic and milder, such as the influenza to which we’ve all become accustomed.

Despite the unwarranted pessimism of the perma-bears and so-called pundits, the investment future looks bright in 2022. I suggest buying, judiciously, on the Omicron-triggered dips.

The biggest risk of 2022 is inflation. The verdict is still out as to the stickiness of inflation, but it’s fair to say that Federal Reserve Chair Jerome Powell has retired the word “transitory” from his lexicon.

The degree to which the Fed can fight inflation by hiking rates, without torpedoing the recovery, will dictate the future direction of the stock market.

In the meantime, our investment team has devised a trading methodology that provides big gains but also mitigates current risks. This money-making system gives you the tools to crush the broader market in 2022. Click here for details.