Welcome to my weekly video presentation about news and trends in the booming marijuana sector. The article below is a condensed transcript.

I continue to believe that the end of federal marijuana prohibition is inevitable. The cards are stacked in our favor: More than 60% of Americans believe cannabis should be legal. One-third of the U.S. population lives in a state with legal access to recreational weed. States are seeing huge windfalls from taxes on marijuana dispensary sales. And our federal government (including the Department of Justice) has never been friendlier to the cause.

Indeed, shares of cannabis companies have soared lately, after the House of Representatives said it would soon vote on major legislation to legalize marijuana. Passage in the conservative leaning Senate remains uncertain, but optimism is gaining in the pot sector.

Read This Story: Red, White and Green: Pot in the Roaring 2020s

The share prices of many brand name marijuana companies have been racking up double digit gains, as chatter on Capitol Hill points to renewed efforts to lift the federal ban on pot.

The House is set to vote this week on the Marijuana Opportunity Reinvestment and Expungement Act (MORE), which would federally deschedule cannabis and expunge the records of those with previous marijuana convictions. MORE also would impose a 5% tax on cannabis sales, the revenue from which would be reinvested in communities most harmed by the War on Drugs.

In addition, MORE would expedite resentencing for people imprisoned for marijuana offenses, protect immigrants from being denied citizenship because of cannabis, and prevent federal agencies from blocking public benefits or security clearances due to its use.

Senate Minority Leader Mitch McConnell (R-KY) has expressed anti-marijuana views in the past, but signs are emerging that he might relent on MORE. McConnell recently met with marijuana industry representatives who pressed their case for legalization and other reform efforts, such as a marijuana banking bill.

If MORE gets enacted by the full Congress, it almost certainly would get signed by President Biden, who has slowly but steadily moved into the pro-legalization camp.

The states step into the breach… 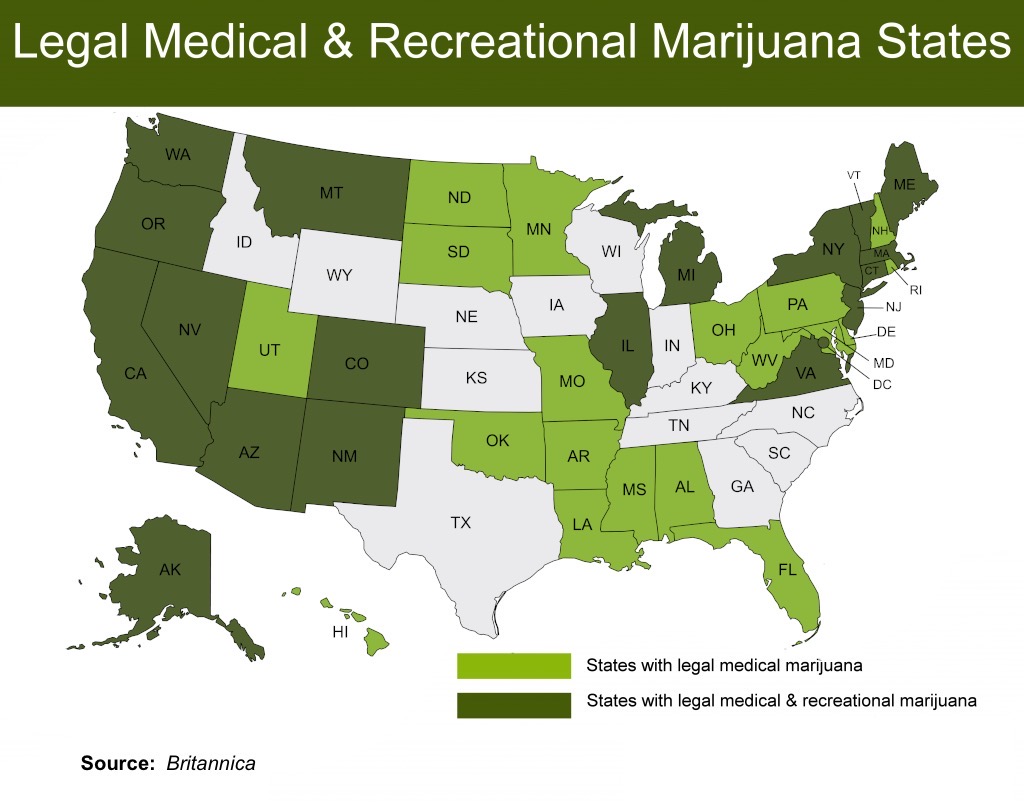 Cannabis stocks in recent days also have gotten a lift from major merger and acquisition activity within the industry. It’s interesting to note that short sellers with big bets against prominent marijuana companies have lost hundreds of millions of dollars over the past week, as unexpected political tailwinds boost the sector. (See the video for additional details and graphics.)

Venture capitalists in recent weeks have pumped massive amounts of money into marijuana companies, as Washington increasingly embraces cannabis. The lifting of the federal prohibition of pot would accelerate this trend.

Marijuana stocks had gotten clobbered in recent months, along with other risk-on growth segments of the stock market. Even if MORE stalls in the 50-50 Senate, the movement of the legislation in the House is nonetheless generating momentum and triggering short-term spikes in share prices. Valuations still hover at appealing levels, making this an opportune time for bargain hunting among pot stocks.

The cannabis industry has enjoyed several catalysts in the past, such as Canada’s legalization of marijuana in 2018. Lately there’s been a dearth of seismic events in the cannabis realm, especially as the Russia-Ukraine war steals the headlines. But now it appears we’re on the cusp of getting a profit trigger in the House this week.

Marijuana industry advocates in recent days have been aggressively lobbying for the MORE Act to reach the floor for a vote. They’re apparently succeeding, which is good news for pot stock investors.

I’ve just described trends that are auspicious for the marijuana sector. Looking for the best opportunities? Click here for details.