Don’t Step On The Grass, Sam is the rock group Steppenwolf’s protest song about the futility of marijuana prohibition. Back in 1968, when this song was written, the U.S. government was arresting about 50,000 Americans every year on marijuana-related charges. That number has fallen precipitously and currently hovers at about 545,000 annually.

As restrictions against weed get lifted from coast to coast, marijuana has evolved from a serious criminal offense into a proven vote-getter. In our red-blue divide, there aren’t many issues on which Americans agree. But citizens are shaking hands on weed.

From corporate CEOs to soccer moms, more and more average people are partaking of a psychotropic substance once reserved for those who were “born to be wild.”

A pivotal issue in the midterms…

In Congress, House-approved legislation to lift the federal ban is stalled in the Senate, but the states are increasingly taking action on their own.

The midterms will provide voters with more opportunities to express their support for the creation of new marijuana markets across several states.

There are proposed adult-use ballot initiatives in Arkansas, North Dakota, Ohio, and South Dakota. Similarly, there are both adult-use and medical ballot measures proposed in Florida, Idaho, Missouri, Nebraska, and Oklahoma (see the following map). 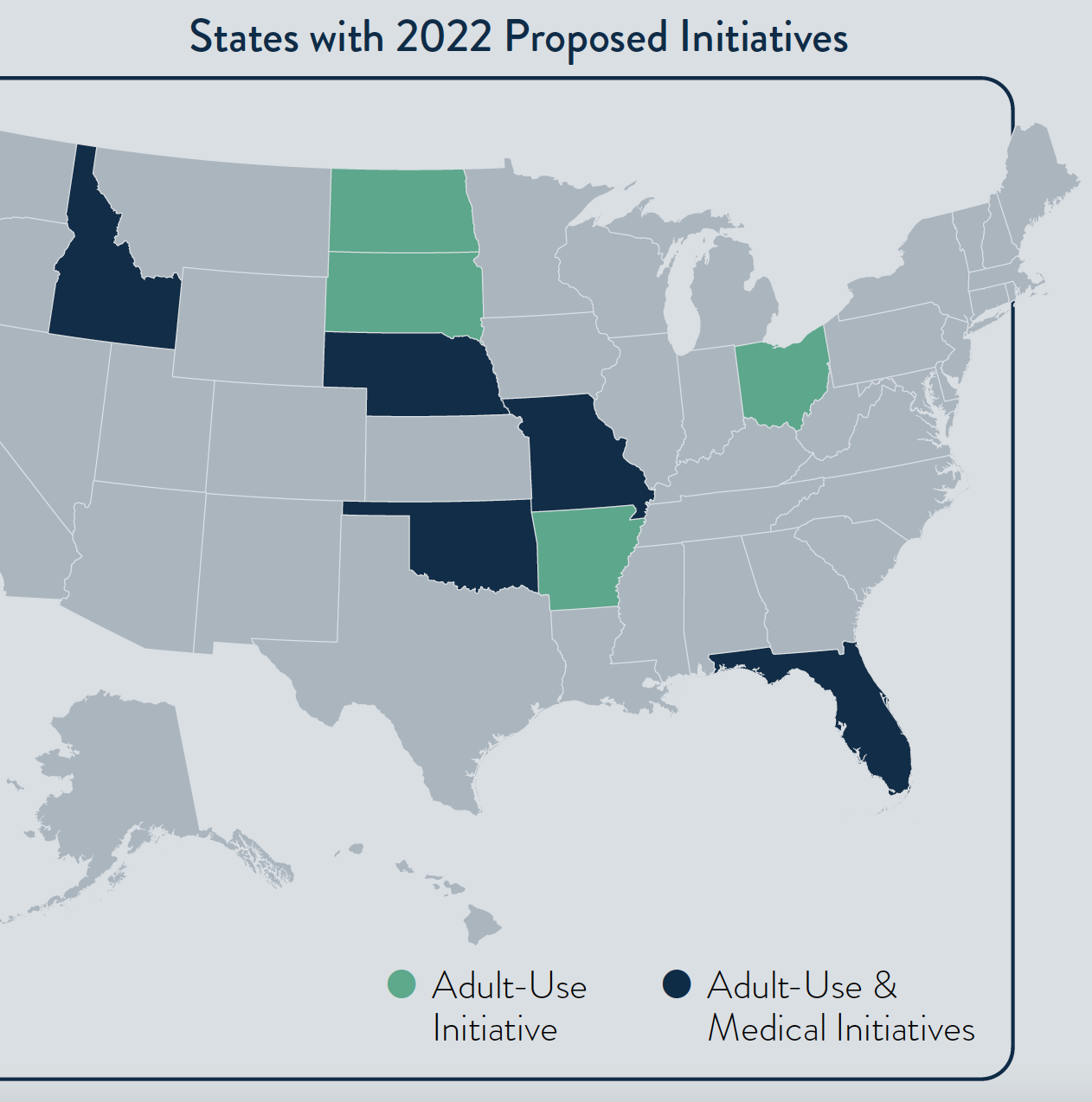 Every initiative must complete a signature-gathering process and get officially certified by their respective states before appearing before voters in November. What’s more, each proposed ballot initiative is likely to encounter procedural and legal impediments before the elections, and maybe even after.

Notably, the Oklahoma ballot measure faces a lawsuit arguing that signatures gathered in Native American territory are invalid. Anti-marijuana forces can be expected to file similar challenges in other states throughout the country.

That said, marijuana’s long-term momentum Is unstoppable. According to research firm New Frontier Data: “Even while the U.S. lacks a federally regulated framework, the patchwork of state markets makes it the world’s largest legal cannabis market by a wide margin, generating over $25 billion in regulated sales in 2021.”

Read This Story: For Pot Investors, The Grass Keeps Getting Greener

Most major banks still refuse to lend to cannabis firms, which compels the industry to raise most of its capital from private sources. These lenders often charge usurious rates of up to 25% or higher, which in turn eats into marijuana industry profit margins.

There’s an increasing chorus on Capitol Hill to pass the Secure and Fair Enforcement (SAFE) Banking Act, which prevents reprisals against banks for doing business with pot companies. SAFE has passed the House and awaits action in the Senate.

U.S. Rep. Maxine Waters (D-CA), chairperson of the House Committee on Financial Services, has made a renewed push in recent days to get SAFE passed. Her committee issued a press release on April 11 that stated:

“Cannabis businesses are currently forced to operate on a cash-only basis, which has created a serious public safety risk for employees, businesses and communities, as well as providing opportunities for tax evasion and money laundering.” 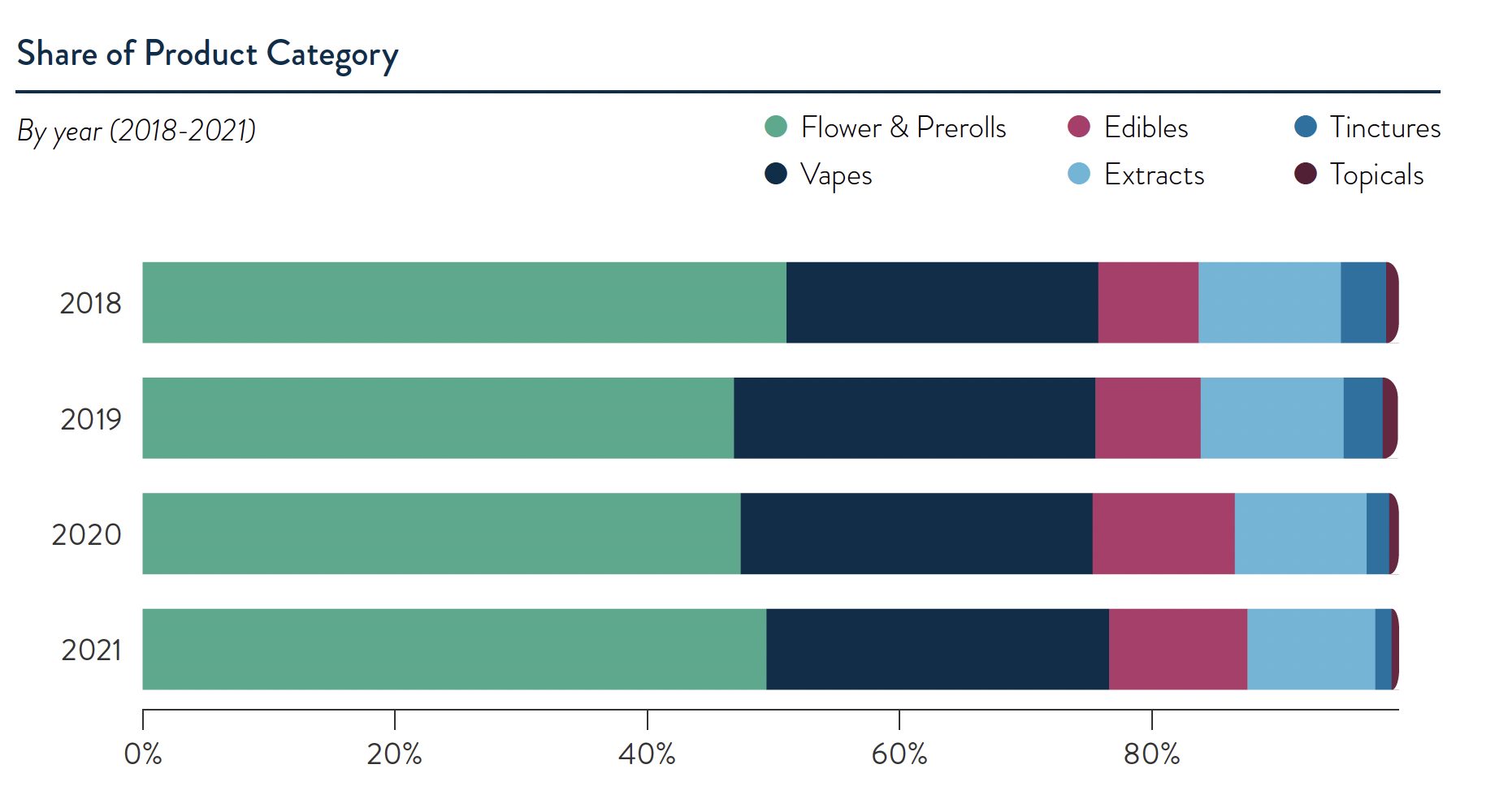 Meanwhile, one of the hottest areas of biotechnology research is the application of cannabis compounds toward ailments that have been unresistant to conventional therapies.

Marijuana’s momentum remains strong; your portfolio needs exposure to pot stocks. But here’s the rub: many canna-businesses are small, under-capitalized and risky.

However, by applying rigorous stock-picking criteria, our team has pinpointed a marijuana stock that’s on the cusp of a major breakout. Click here for details.

John Persinos is the editorial director of Investing Daily. Look for his next video presentation, the “Weekly Weed Report,” on Thursday, April 14.