How to Play an Inflation-Driven Bear Market

U.S. and international stocks started the holiday-shortened week Tuesday with sharp gains, rebounding from last week’s slump. Investors are grappling for footing, as surging inflation prompts central banks around the world to tighten.

In pre-market futures contracts Wednesday, U.S. stocks were trading lower. And so the volatile bear market continues, with inflation the paramount concern. Commodities prices, in particular, have been skyrocketing in price.

Investments linked to commodities make powerful inflation hedges, as well as long-term growth propositions. That’s why I sought an interview with one of the world’s foremost experts on commodities: Matthew Warder (pictured). 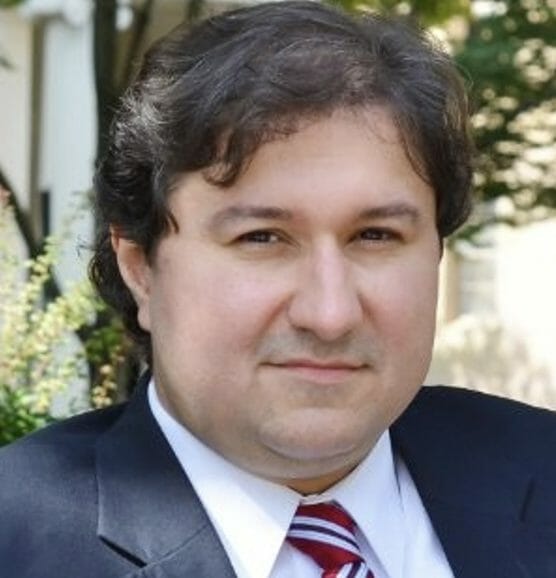 Matt Warder is an energy, metals, and mining analyst with nearly two decades of experience covering the natural resource and industrial sectors.

As founder and CEO of management consultancy and financial analytics firm Seawolf Research, he provides investment and consulting services to clients across multiple sectors with a focus on energy, metals, mining, and industrial supply chains.

We’re in the midst of a global “super-cycle” in commodities. What’s your conception of that term, why are we currently experiencing a super-cycle, and how long do you think it will last?

The word “super-cycle” usually means a long (~5-10 years) sustained period of expansion driven by demand growth for products and services, which in turn produces strong demand for energy and basic materials.

The underlying idea is that prices for raw materials rise in response to that growing demand, which pushes up unit cost prices, thereby incentivizing producers and manufacturers to expend capital to increase production capacity.

This time around, however, the circumstances are slightly different.

For starters, materials are already highly priced, in incredibly short supply, and the global economy is likely headed lower, not higher.

But while one would think those high prices should lead to capacity increases, we’re in fact seeing the opposite, decreases in capacity, as global manufacturing attempts to decouple from an increasingly aggressive China. In addition, 15 years of under-exploration have led to production and productivity declines across the extractive industries. We have a recipe for an inflationary spiral that could last a decade.

Why are commodities such effective inflation hedges?

If you want to beat inflation, the best strategy is to be long the things that inflate. In general, inflationary pressure is led by commodities, and this current bout of inflation is no exception. Energy has been leading the charge since 2020, and that has massive knock-on effects through the supply chain.

All of these factors eventually suck money out of consumers’ wallets until something breaks. Until that happens, the only way to offset that drawdown in monthly expenditures is to shift cash into commodities and commodity-related equities.

You often point to helium as a vital commodity, but this substance gets scant attention in the financial press. Explain the many uses of helium and why investors should keep an eye on it.

The demand vertical that most people associate helium is party balloons. But in reality, it only comprises about 2% of the global market.

While most of those demand verticals aren’t increasing, two of them, semiconductor manufacturing and aerospace, are not just growing, they’re vitally important to national security interests. And a reliable helium supply is vital to their productivity.

However, the U.S. won’t be able to reshore or nearshore semiconductor manufacturing to the extent policymakers currently want unless a substantial domestic helium supply is re-developed. That means any companies currently increasing production or building storage facilities in the U.S. are poised to benefit over the next decade or so.

I’m willing to bet that most of our readers are unfamiliar with helium, and yet as you just explained, the modern industrial world couldn’t function without it. How has the price of helium performed lately and where do you see it heading over the next 12 months or so?

Since the U.S. government decided to eliminate funding for its strategic helium reserve in the 1990s, the global market has suffered through four acute shortages, mostly due to supply outages.

Although several global facilities were poised to alleviate the shortage we’re currently mired in, one project — Gazprom’s Amur plant in eastern Russia — caught fire in January. And after Russia invaded Ukraine in February, it became inevitable that production wouldn’t reach market anytime over the next couple of years, if at all.

As a result, helium prices have soared from a typical level of roughly $300 per thousand cubic feet (mcf) to as much as a reported $2,000/mcf. As long as Russia is out of the market, prices will remain strong.

How should investors play an inflation-driven bear market?

Well as I said earlier, if you want to beat inflation, the best strategy is to be long the things that inflate…no pun intended!

The current economic outlook is not good. U.S. dross domestic product was adjusted downward in Q1 to 3.5% year-on-year growth and is expected to approach 0% over the next year. Meanwhile ongoing supply shortages in energy mean that inflation figures will remain sticky and will continue to trickle through the supply chain to the consumer.

Broader markets do not perform well under these conditions, particularly financials, technology and consumer discretionary, but commodities and safe havens are typically better. As such, it’s better to be allocated to some combination of cash, gold, energy, and basic materials during economic conditions that could lead to recessions.

PS: Financial expert Mathew Warder just provided you with invaluable insights into the inflation-fighting appeal of commodities. For details about a commodities miner that’s uniquely positioned to prosper under the conditions described above, click here now.