It’s beginning to look a lot like Christmas. Despite continuing volatility and geopolitical headwinds, stocks and bonds racked up healthy gains in November.

The bear market is still with us, but equities seem to have found their footing, with the S&P 500 about 10% higher than its mid-October low. It’s likely that we’ll enjoy a “Santa Claus rally” in the final month of 2022, but nothing is certain and plenty of risks abound.

We got conflicting economic data Wednesday. Payroll processing firm ADP reported that private companies added only 127,000 positions in November, far below the consensus estimate of 190,000. That’s a sign that the job market is cooling, which in turn might prompt the Federal Reserve to ease its aggressive tightening.

However, the U.S. Bureau of Economic Analysis reported Wednesday that U.S. third-quarter gross domestic product (GDP) grew at a 2.9% year-over-year rate, based on its second estimate. The first estimate was 2.6%, which suggests that economic growth remains strong.

The conflicting reports epitomize the economic tug-of-war we’ve faced all year. But on the same day, stocks got a shot of adrenaline from Federal Reserve Chair Jerome Powell, who gave Wall Street a pleasant surprise by actually taking a dovish stance.

During a speech Wednesday at the Brookings Institution, Powell asserted that smaller interest rate increases are likely ahead, perhaps starting in December. He warned that monetary policy will remain restrictive until there is clear and lasting progress in curbing inflation, but he struck a decidedly softer tone, due to signs that perhaps inflation is abating.

Year-end advice from an income pro…

As investors position their portfolios for 2023, I decided that now would be a good time to seek clarity from my colleague Robert Rapier [pictured]. 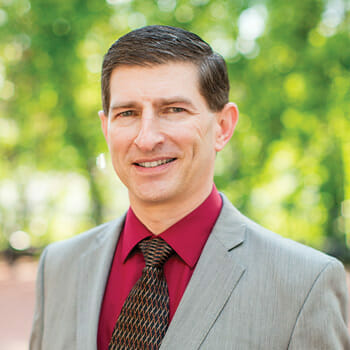 A prolific writer, Robert’s articles have appeared in Forbes, The Wall Street Journal, The Washington Post and the Christian Science Monitor. He also has been a featured expert on 60 Minutes and The History Channel.

The following are condensed excerpts culled from various conversations I’ve recently conducted with Robert; my questions are in bold.

What are some of the worst dangers bedeviling investors?

Be careful and don’t necessarily think that if a stock has sold off a lot, it’s a bargain. It might have further to fall.

Because earnings in many sectors have contracted, some sectors that appear to be a value, based on where they were a year ago, aren’t necessarily a value. Inflation and interest rate hikes are still major risks going forward.

You know that old maxim, “Buy when there’s blood in the streets.” Well, I offer a corollary to that: there can always be more blood. You don’t know when the bleeding has stopped, until it’s in the rearview mirror.

There are opportunities in selloffs, whereby you can buy stocks on your wish list that are cheaper, but the old adage “don’t try to catch a falling knife” also comes to mind.

Exactly. A company’s stock may be down 50%, but it’s earnings may be down 75%, so shares aren’t necessarily a good buy.

Growth assets, particularly technology stocks, have taken the worst beating lately, whereas dividend payers have held their own.

What are the major criteria that you look for in a dividend stock?

I look to cash flow first and foremost. Companies can play all sorts of games with earnings, but cash flow will tell you whether a company’s dividend looks safe. A company that is growing cash flow over time will generally be able to sustain and grow its dividend.

What are your favorite inflation hedges and why?

My favorite inflation hedge is energy, for a basic reason: For the past several economic cycles, energy has been the driver of inflation. We see high energy prices leading to high inflation, but that also leads to high profits for energy companies.

You often deploy an investing strategy called “covered calls.” Explain how they work.

This is one strategy that has been demonstrated to outperform the markets in the long term. You increase your income stream and buy some downside protection. The catch is that your gains may be capped.

Here’s how it works. Let’s say you own 100 shares of Hewlett Packard (NYSE: HPE), currently trading at $15.72. The company pays a quarterly dividend of $0.12, for an annual yield of 3.1%. I can enter a contract in which I sell an option that allows someone to purchase my shares of HPE by some future date and at a specific price.

Here is an actual example I looked up as I was answering this. Presently, there is a call option for Hewlett Packard with an expiration date of 9/17/21 and a strike price of $17.00. The premium on this call is $0.65/share, which is more than the total annual dividend of HPE. So, by selling the call, you have more than doubled your effective annual yield. Second, you reduce your cost basis by $0.65, or 4.1%.

If shares are at or above $17.00 at expiration, your shares will be called away. (They could be called earlier if the share price rises above $17.00 before the expiration date.) In other words, you will sell them for $17.00 regardless of the price at the time of expiration.

However, your reward here is the premium, plus two dividends that will be paid between now and then, and a price that is above the current price. The total return for this transaction, if shares are called away, is 14.4% for a holding period of 157 days. The annualized return is 33.5%.

If shares are below $17.00 at expiration, then you keep them and can enter another transaction. Your reward in this case is an annualized yield that was pushed all the way to 12.7%.

Some investors don’t like the idea of giving up potential upside, but in my experience, you will make more selling calls across your portfolio than you will lose out on in capped upside. And there are studies that back me up on this.

Some investors are turned off by options trading. Are covered calls suitable for risk-averse traders?

I tell people “Don’t trade options. Just sell them.” It has been said that most people lose money trading options. So don’t be a gambler. Be the casino. Let others gamble, while you bank the certain call premium.

In fact, selling calls on your positions is safer than simply owning the stocks, because the calls reduce your cost basis over time. So, for risk averse investors, this is a way to further lower your risks.

Up, down, sideways… even in the face of rising interest rates…elevated inflation…overseas war…and anything else Mr. Market throws at you, Robert’s trades are income-generating machines.